What's the difference between bodybuilding, powerlifting and Olympic weightlifting? 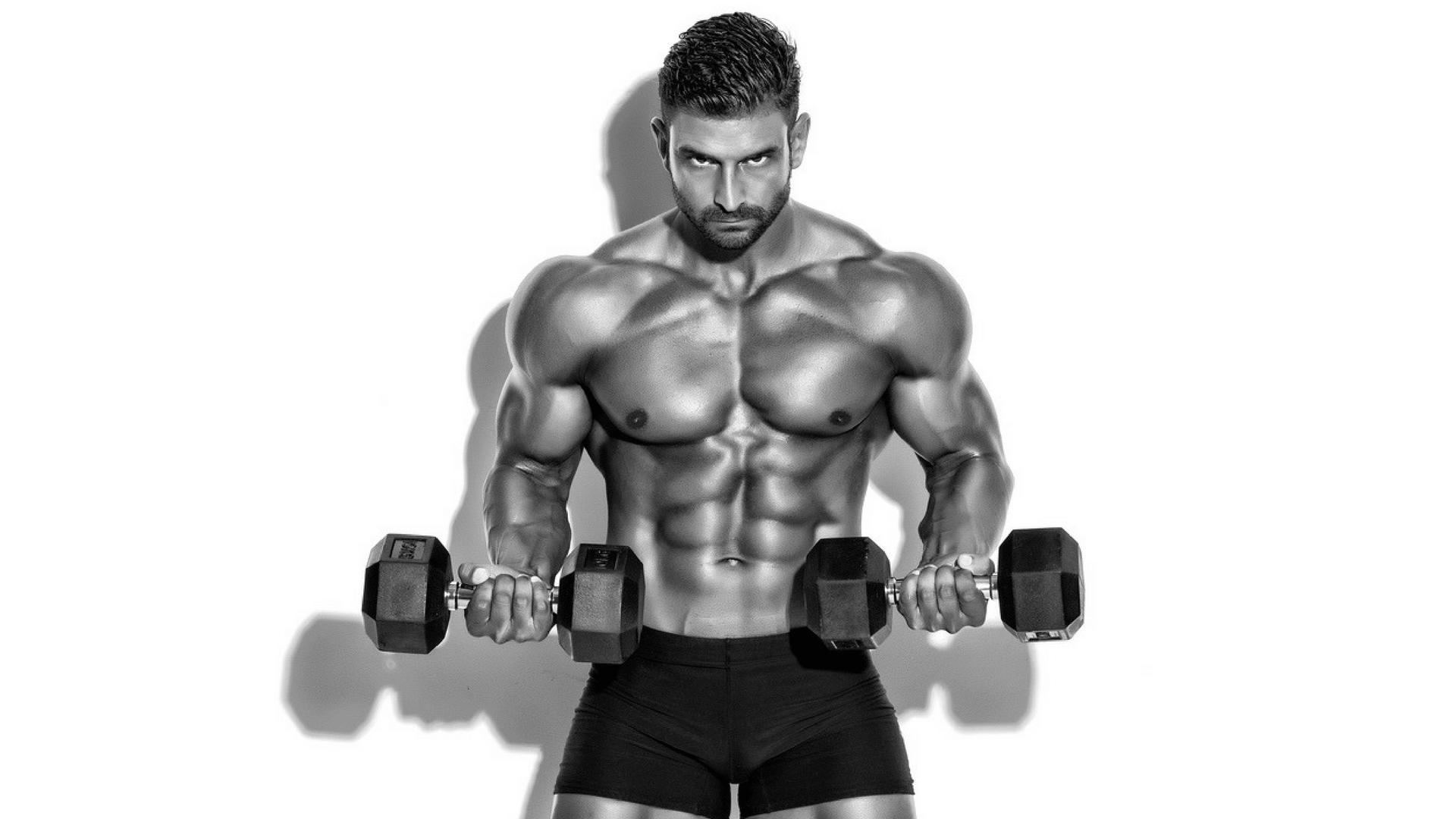 Heading over to the free weights area in the gym can be a daunting prospect and often leaves you fraught with questions, especially when barbells and plates are being dropped on the floor, benches and racks are surrounded by people in specialist lifting gear, and making eye contact with by passers only results in death stares and grunts.

“Why is that girl wearing weird shoes and a belt?” “Why does that guy drop his barbell on the floor so aggressively? “Why are you arching your back on the bench so much, surely that’s bad for you?” “Why is that guy posing and flexing in the mirror, surely he should be working out in the gym not just preening?”

Chances are, the confusion stems from witnessing 3 distinct types of weight lifting sports which to the untrained eye can look pretty similar! Some of the behaviors and etiquettes can seem quite barbaric and unnecessary to the average gym-goer, but hopefully this article can clear up some common misconceptions!

Bodybuilding focuses on aesthetics rather than strength, with the goal of developing muscle size and shape that is symmetrical and pleasing to the eye (like the man in the lead image for this story).  Bodybuilder’s training style focuses on ‘hypertrophy’ (or muscle growth), fat loss, and contest preparation.   Bodybuilding as a competitive activity is for both men and women, and depending on their federation affiliation, they can be categorized by height, weight, age, body goal category, and even by disability.

Although bodybuilding training still incorporates the ‘big three’ compound lifts- the squat, the bench and the deadlift, a typical training split emphasizes isolation exercises (which only involve one joint and fewer muscle groups) for each body part. Rep ranges for individual exercises are high, generally in the 8-12 or 12-15 range and are often performed in ‘super set’, where one exercise is immediately followed by another without a rest period.

Cardio and diet also play a huge part in a bodybuilding program, as fat loss and maintaining a lean physique are incredibly important.  Serious bodybuilding is a lifestyle requiring complete dedication, since what you eat and spend your time doing outside of the gym is equally important as the time you spend training!

Bodybuilding competitions involve dialing in your training, diet, and physique in order to lose fat while still maintaining muscle mass and size. Competitors are judged on their overall ‘Package’- size, symmetry, leanness, and posing prowess, while the women have the added criteria of attire, hair, makeup and their stage presence/confidence.   Unlike the other 2 sports below, “how much you can lift” is not a factor during the actual competition.  Competitors are traditionally spray-tanned to highlight their muscle definition under the bright stage lighting and have mandatory poses to perform when judged against other competitors- but of course this can be subjective!

So that guy flexing and posing in the mirror may actually be practicing for his next bodybuilding competition, or at the very least, maybe he’s just working on his mind-muscle connection! 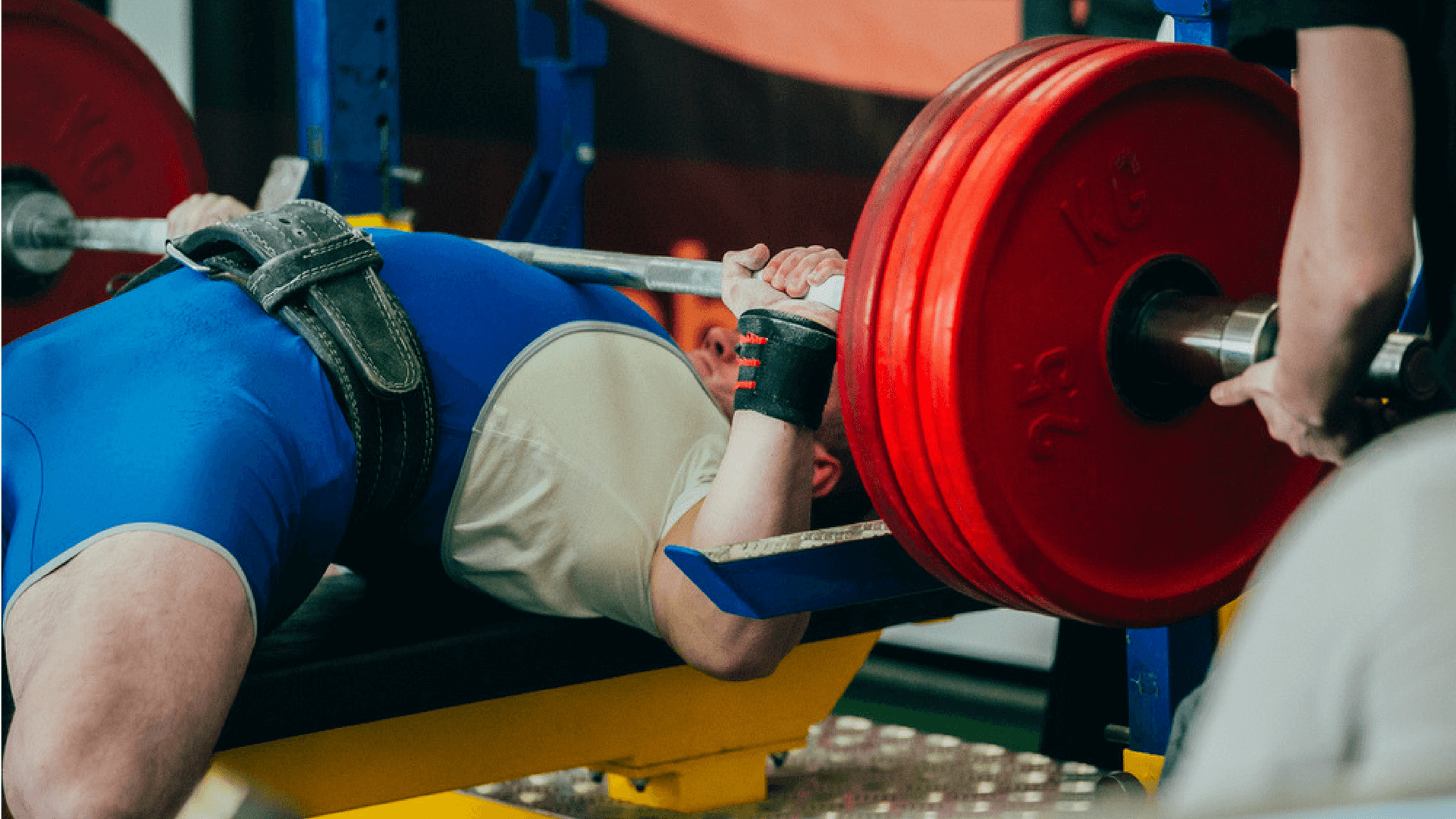 Powerlifting focuses on brute strength in a single plane of motion. Competitors lift as heavy as possible on the 3 core movements- the squat, the bench and the deadlift. Rep ranges for each exercise are normally in the 2-5 per set and rest periods are much longer. Isolation exercises still feature in a powerlifting training program but they take much more of a back seat, and unlike in bodybuilding, cardio and strict dieting are definitely not a priority, as all energy needs to go into lifting as much as possible!  In the broadest possible terms, while bodybuilders focus on muscle for “show” and are not necessarily concerned about how strong they are, powerlifters have no interest in looking buff, they just want to be STRONG!

Powerlifting competitions involve lifting as much as you can in 1 repetition (i.e a 1-rep max) on each of the three lifts. Competitors are put into weight categories and a ‘WILKS score’ is calculated which allows comparison of a lifters raw strength irrespective of their difference in body weight. Competitors are allowed three attempts at each lift and judged on their technique, which has to meet strict criteria in order to ‘count’ or to be deemed legal. Singlets are worn for competition, and although not essential, the majority choose to wear lifting shoes, belts, knee sleeves and wrist wraps to protect joints and to aid in stability while lifting.

So that guy strapped up in lifting gear who’s more concerned with lifting “heavy AF” rather than his aesthetic appeal, may be preparing for his next powerlifting competition!

What is Olympic weightlifting?

As the name suggests, Olympic lifting is the kind of weightlifting you see in the Olympics and the lifts are very technical and different from those seen in powerlifting and bodybuilding. Training revolves around the main compound lifts performed in competition - the ‘snatch’ and the ‘clean and jerk’. There is a huge emphasis on technique in an Olympic weightlifting training program, so entire workouts may revolve around building explosive power in one phase of one lift, while other workouts may focus building overall strength with other complementary compound movements like front squats, overhead press, and deadlifts. Rep ranges for each exercise is normally in the 2-6 range and rest periods are long (3-5mins).

Similar to powerlifting, competitors are placed into weight categories, are allowed three attempts at each lift and also wear supportive weightlifting accessories. The difference is in the type of lifts performed. Although strength limits are tested in both sports, Olympic lifts require a greater range of mobility, flexibility and full body explosive power during their execution.

So that guy dropping his barbells from aloft, may be practicing his clean and jerk technique for an upcoming Olympic weightlifting meet, not just doing it to attract attention! So which type of lifting is best for me?

In summary, bodybuilding places its emphasis on hypertrophy, fat loss, and diet. Powerlifting focuses on strength in 3 main lifts, utilizes a lower rep range and a slower tempo of movements during training. Olympic weightlifting incorporates aspects of strength, power, speed, and mobility with movements that are very technical and performed at a high tempo.

There are some genes linked to how well a person can tolerate intensity and volume of training or whether an individual may be better suited to an endurance or strength exercise program.  For example, one variation of the Alpha-actinin-3 gene (ACTN3) has been found in almost every Olympic sprinter and is also linked to how well your muscles recover from exercise. Separately, one variation in the Angiotensin-converting enzyme (ACE) is linked to the ratio of fast: slow twitch muscle fibers your muscles contain. ACTN3 and ACE are two of the 43 genes that we analyze and use to determine your personalized rep range, volume, frequency, and intensity of training. The results could reveal which type of weight lifting would yield the best results for you!

I hope you enjoyed my article.  I've also written:  How your sleep cycle impacts your weight and your workouts