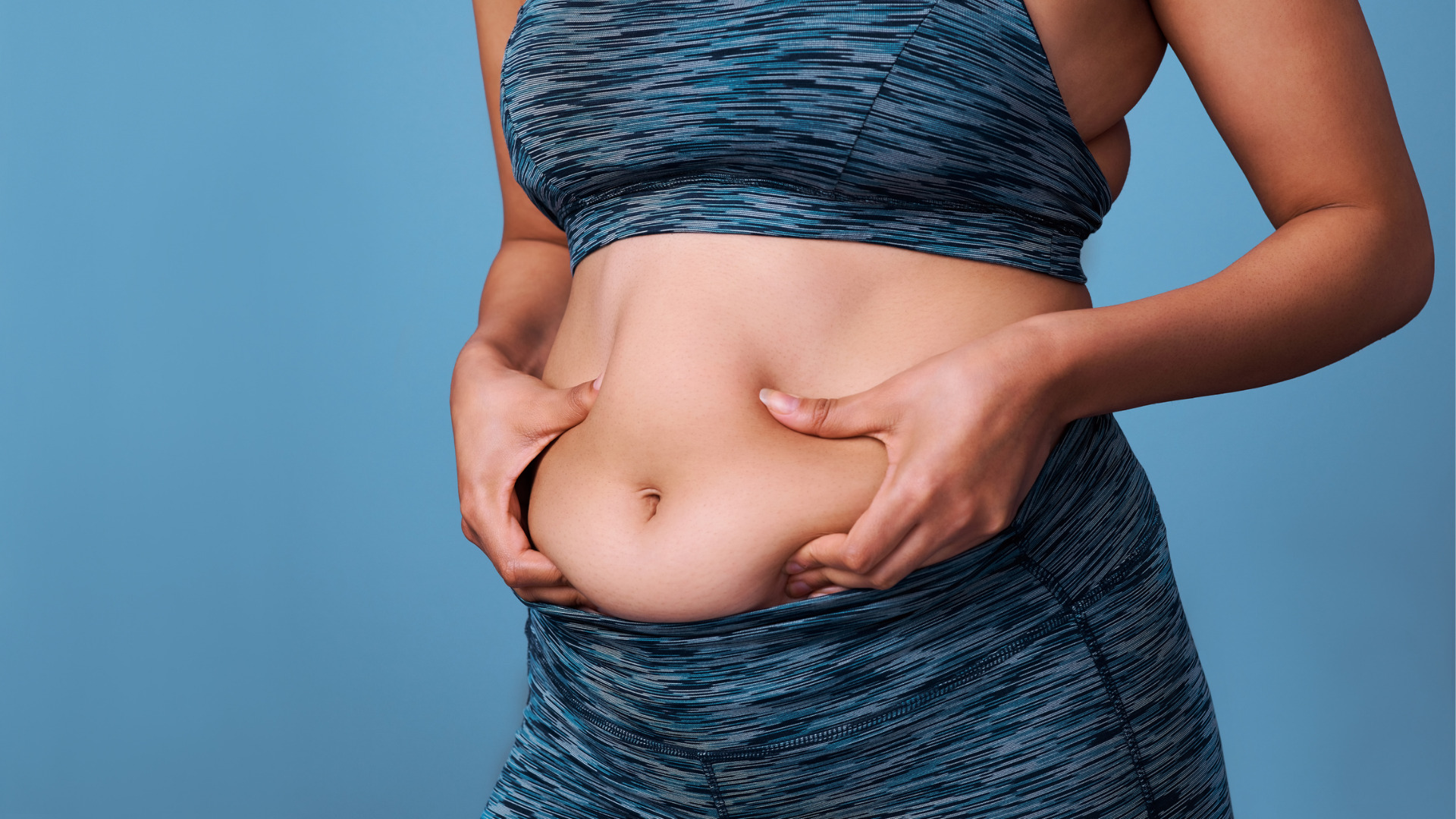 Adiponectin is a hormone secreted by fat (adipose) tissue.

It plays an important role in regulating our energy balance, and has effects on our fat and glucose (sugar) metabolism, as well as our response to insulin - the hormone that allows tissues to take up glucose from the bloodstream.

Adiponectin is often considered a beneficial hormone because, by acting on various organs/tissues (including the liver, skeletal muscles, blood vessels and immune cells), it acts to:

The diagram below shows some of the multiple effects of adiponectin in the body. As we’ll describe in later sections, changes in the levels of adiponectin in the body can affect the risk of various cardiometabolic health conditions. Specifically, low adiponectin levels have been linked to the development of Type II diabetes, metabolic syndrome, and cardiovascular disease.

How does adiponectin exert its effects in the body?

Adiponectin exerts its effects in the body by binding to specialised receptors, known as adiponectin receptors.

There are two types of adiponectin receptors, AdipoR1 and AdipoR2, which are present on the surface of various cells throughout the body (e.g. muscle cells, liver cells). After being secreted by fat cells (adipocytes), adiponectin travels in the bloodstream and then binds to these AdipoR1 and AdipoR2 receptors. This, in turn, triggers various internal cell-signaling pathways (essentially a cascade of enzyme reactions) that bring about different biological effects.

How does adiponectin increase insulin sensitivity?

One of the key biological effects of adiponectin is an increase in the sensitivity of tissues to the effects of insulin. Greater insulin sensitivity, in basic terms, means that glucose circulating in the bloodstream can more easily enter tissues in response to insulin.

You can read more about how insulin works in the Fasting blood glucose trait article.

The effects of adiponectin on other organs

As well as indirectly stimulating the insulin receptor, the activation of the AdipoR1 and AdipoR2 receptors by adiponectin also has more direct effects on tissues such as the liver, muscle, blood vessel lining (vascular endothelium), and immune cells. Source: Albosta, M., & Bakke, J. (2021). Intermittent fasting: is there a role in the treatment of diabetes? A review of the literature and guide for primary care physicians. Clinical diabetes and endocrinology, 7(1), 1-12.

Let’s briefly take a closer look at the effects of adiponectin in these tissues.

The liver plays a key role in the control of our blood glucose levels. It does this by balancing three key processes:

When adiponectin binds to AdipoR1 and AdipoR2 receptors on liver cells, it suppresses the process of gluconeogenesis, meaning that less glucose is made and released into the bloodstream. By doing this, adiponectin can help to lower blood glucose levels.

Adiponectin causes skeletal muscle cells to take up more glucose from the bloodstream.

Activation of AdipoR1 receptors on the surface of muscle cells results in the upregulation of GLUT4 transporters, which facilitate the entry of glucose from the bloodstream into muscle cells. Muscle cells can then use glucose as energy for muscle contraction, or store it as glycogen.

In addition to enhancing glucose uptake, adiponectin also encourages muscle cells to use fat as a fuel source. As explained in more detail in the Fat metabolism (beta-oxidation) blog, muscle cells can use fatty acids (from the breakdown of fat stores) as a source of energy. This process of using fatty acids to make ATP (our cells’ chemical energy currency) is known as fatty-acid oxidation.

Activation of AdipoR1 receptors by adiponectin stimulates fatty-acid oxidation in muscle, meaning less fat gets deposited in muscle and other tissues. Similarly, by promoting the use of fat for energy, adiponectin helps to limit levels of fat (triglycerides) circulating in the bloodstream.

The vascular endothelium is the name for the cells that form the inner lining of our blood vessels. It helps to regulate blood flow by causing dilation or constriction of arteries (vasodilation and vasoconstriction, respectively), prevents blood clots from forming, and plays a role in inflammation.

As described in greater detail in the High blood pressure risk (FURIN) trait article, damage to the vascular endothelium can lead to atherosclerosis: the formation of fatty plaques inside blood vessels.

In atherosclerosis, damage to the endothelium results in inflammation and the migration of immune cells to the arterial wall. These then deposit cholesterol into plaques known as atheromas. In the later stages of atherosclerosis, these plaques/atheromas enlarge as smooth muscle cells migrate and proliferate.

Adiponectin is considered to be anti-atherogenic, as it helps to prevent the build-up and enlargement of these fatty plaques and slow the development of atherosclerosis. Activation of adiponectin receptors triggers signaling pathways that suppress inflammation and inhibit smooth muscle cell proliferation - two key processes in atherosclerosis.

Adiponectin also causes vasodilation by stimulating the production of nitric oxide (NO) by vascular endothelial cells. You can read more about nitric oxide in the Healthy blood pressure and exercise (NOS3) article.

Adiponectin acts to suppress chronic inflammation, by inhibiting the production of pro-inflammatory cytokines - signaling molecules, such as TNF-a and NF-kB, that promote inflammation.

How do adiponectin levels affect health?

Two common components in the development of all these conditions are:

As discussed previously, adiponectin ordinarily acts to enhance insulin sensitivity and suppress chronic inflammation. In someone with low adiponectin levels,, this protective effect is attenuated, thereby making that person more susceptible to insulin resistance, chronic inflammation, and the development of cardiometabolic disease.

The graph below, for example, shows how adiponectin levels are negatively correlated with risk of Type 2 diabetes in a 2018 case-control study. Individuals with lower circulating adiponectin levels can be observed to have a higher relative risk of being diabetic. Furthermore, adiponectin also enhances use of fat for energy, resulting in lower levels of lipids (fats and cholesterol) circulating in the bloodstream. By elevating levels of blood lipids, low adiponectin levels increase the risk of atherosclerosis.

As we’ll elaborate on in the next section, low adiponectin levels (also known as hypoadiponectinaemia) are caused by carrying excess amounts of fat tissue. Excessively high adiponectin levels have also been linked to negative health effects. For example, some studies have found that higher adiponectin levels were associated with lower muscle strength and a greater risk of falls in elderly individuals.

Adiponectin may also play a pro-inflammatory role in some contexts, and higher adiponectin levels are observed in the bloodstream and synovial fluid of people with rheumatoid arthritis.

Someone who is overweight or obese will therefore have lower adiponectin levels compared to someone who is lean.

The graph below, for example, shows a negative correlation between waist circumference and adiponectin levels in Latino (L) and white (W) individuals enrolled in the Latinos Using Cardio Health Actions to reduce Risk study. Recall that adiponectin is secreted by fat cells (adipocytes). It may therefore initially seem counterintuitive that an overweight person with a greater amount of fat tissue will have lower circulating levels of adiponectin.

The reason for this is that accumulating an excessive amount of visceral fat tissue results in fat cells failing to function properly, causing them to secrete less adiponectin. When people have a long-term calorie surplus, the excess energy is stored as triglycerides in the fat reservoirs of fat cells. This causes individual fat cells to enlarge (a phenomenon known as adipocyte hypertrophy).

What is the ADIPOQ gene?

Adiponectin is coded for by your ADIPOQ gene.

Variants of this gene are shown to influence circulating levels of adiponectin, with one study showing that the ADIPOQ gene accounted for 6.7% of the variance in circulating adiponectin levels.

There are a number of SNPs (single nucleotide polymorphisms) within the ADIPOQ gene that give rise to different gene variants or alleles.

Let’s take a look at these ADIPOQ gene variants individually.

This SNP causes a T → G change in the DNA code of the ADIPOQ gene, giving rise to two gene variants or alleles: the ‘T’ variant and the ‘G’ variant.

Studies suggest that the ‘G’ variant is associated with lower circulating adiponectin levels. A 2022 meta-analysis encompassing 112 studies found that people carrying the ‘G’ variant (GG and GT genotypes) had significantly lower levels compared to those with the TT genotype.

Recall that low adiponectin levels are linked to development of cardiometabolic diseases.. Congruent with this, meta-analyses have also associated the ‘G’ variant with a higher risk of obesity and Type II diabetes, particularly within East Asian and Han Chinese populations.

This SNP causes a C → G change in the ADIPOQ gene DNA code. This creates two different variants or alleles, the ‘C’ and ‘G’ variants.

The same 2022 meta-analysis described above found that ‘G’ allele carriers had lower adiponectin levels compared to those with the CC genotype.

‘G’ allele carriers have also been found to be at greater risk of developing cardiometabolic diseases. For example, a 2017 meta-analysis reported that ‘G’ allele carriers had a 1.13 higher risk of Type II diabetes. Again, this is consonant with the notion that lower adiponectin levels play a role in insulin resistance and chronic inflammation, both of which are drivers of cardiometabolic disease.

In contrast to the previous two SNPs, rs15011299 has been associated with higher adiponectin levels. This SNP causes a G → T change in the DNA code of the ADIPOQ gene, creating two different variants/alleles: the ‘G’ variant and the ‘T’ variant.

A 2022 meta-analysis (alluded to previously) found that ‘T’ variant carriers had higher circulating adiponectin levels compared to those with the GG genotype.

Due to the insulin-sensitising, anti-atherogenic, and anti-inflammatory effects of adiponectin, we may expect ‘T’ variant carriers with higher adiponectin levels to also be at a lower risk of cardiometabolic disease. In line with this, a study of Japanese subjects reported that individuals with two copies of the ‘T’ variant (TT genotype) were at lower risk of developing Type II diabetes. Other studies, however, have found the reverse or no association between this variant and diabetic risk.

Given that it is associated with elevation in adiponectin levels, we can consider the 'T' variant (rs15011299) to be a protective ADIPOQ gene variant.

How do ADIPOQ gene variants affect risk of cardiovascular disease?

The ‘G’ variants (rs2241766 and rs266729) of the ADIPOQ gene have both been linked to an increased risk of cardiovascular disease.

One 2018 meta-analysis pooled the results of 65 individual studies and compared the ADIPOQ genotypes of 19,106 people with cardiovascular disease (including coronary artery disease (CAD), myocardial infarction, and stroke) to the genotypes of 31,629 healthy controls.

For the rs2241766 SNP, carriers of the ‘G’ variant (i.e. those with the GG and GT genotypes) were found to be 1.23 times more likely to have cardiovascular disease compared to non carriers (those with the TT genotype). For the rs266729 SNP, carriers of the ‘G’ variant (i.e. those with the GG and GC genotypes) were found to be 1.13 times more likely to have cardiovascular disease compared to non carriers (those with the CC genotype). This is illustrated in the Forest plot above.

The meta-analysis also looked at the rs15011299 SNP, but found that this was not associated with cardiovascular disease.

Another complementary mechanism is that the rs2241766 and rs266729 SNPs increase the risk of cardiovascular disease by lowering adiponectin levels. As discussed earlier, adiponectin has anti-atherogenic effects, inhibiting the development of fatty plaques in blood vessel walls. The ADIPOQ risk variants may therefore weaken these anti-atherogenic effects by lowering adiponectin levels, which, in turn, enhances the risk of developing fatty plaques and cardiovascular diseases related to these plaques (e.g. coronary artery disease).