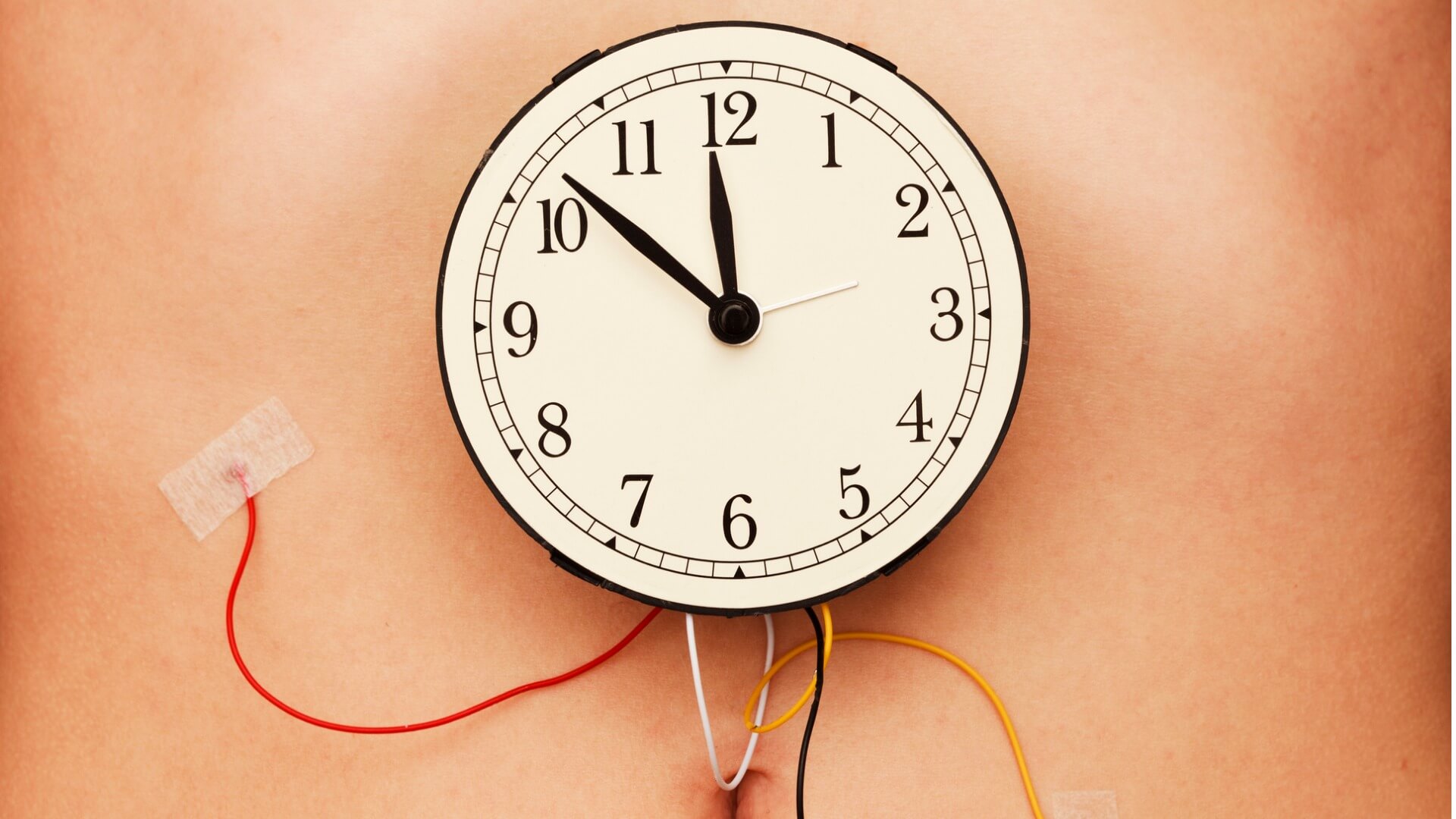 Your CLOCK and metabolism trait analyzes gene variants related to your body clock and circadian rhythms. We assesses the impact of these gene variants on your metabolism, eating behavior and risk of weight gain.

What are circadian rhythms?

Whether or not we feel sleepy, when we’re feeling hungry and changes in our body temperature all follow an intrinsic 24-hour cycle. We call these biological processes that follow a daily cycle ‘circadian rhythms’.

An obvious example of a circadian rhythm is our sleep/wake cycle. Most of us tend to go to bed at night-time and wake up each morning.

The release of the stress hormone, cortisol, is another circadian rhythm. Cortisol levels are highest first thing in the morning, when we first wake up, and then decrease during the evening. They then rise again in the morning at the start of another 24-hour cycle.

Our metabolism, in particular the way we break down, transport and store fats and carbohydrates, also follows a circadian rhythm. For example, in your night-time glucose regulation trait, we saw how insulin release is suppressed each night, to ensure an adequate supply of glucose to the brain while we sleep.

On a related note, disruptions to our circadian rhythm (from repeated sleep deprivation or shift work, for example) can upset our fat and carbohydrate metabolism and are linked to an increased risk of weight gain, Type II diabetes and cardiovascular disease.

How are circadian rhythms generated and regulated?

Circadian rhythms are set by special molecular mechanisms called biological clocks. Several different tissues and organs have their own in-built biological clocks. These are all kept in sync by a “master clock” located in the brain.

The “master clock” or “body clock” is the informal name for a brain structure called the superchiasmatic nucleus (SCN). The SCN receives inputs from the retinas of the eyes, which allows us to sync circadian rhythms with light during the daytime and darkness during the night-time. This synchronisation of our circadian rhythm with light and dark is known as ‘entrainment’. Interestingly, when we travel across time zones, we initially experience jet lag because our circadian rhythm has not yet been entrained to the new patterns of light and darkness. 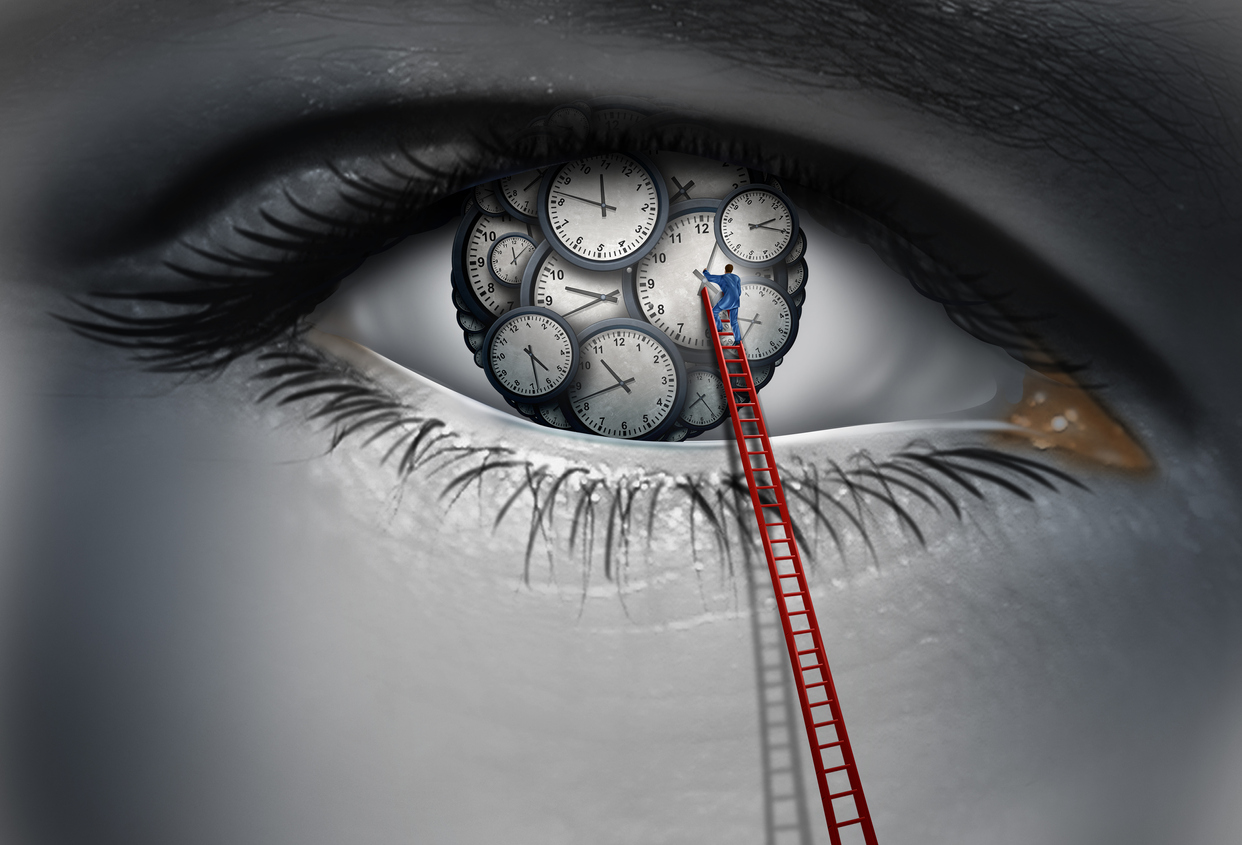 Phase shifts can affect our metabolism and eating behaviours, and may put us at higher risk of weight gain.

How do biological clocks work?

Biological clocks, including our SCN master clock, work through a complicated mechanism where genes called Clock genes are switched on an off in a cyclical fashion. As genes code for proteins, this leads to oscillations in the levels of proteins called Clock proteins. Another important Clock protein is called CLOCK (note the capital letters). CLOCK is a type of protein known as a transcriptional activator. It switches on the PER and CRY genes, thereby stimulating a rise in levels of PER and CRY proteins. CLOCK is therefore important for regulating our circadian rhythm.

What is the CLOCK gene?

Variants of this gene influence whether we’re naturally more likely to be a morning person (a “morning lark”) or a night person (“night owl”).

Research also suggests that variants of the CLOCK gene also affect our:

Your CLOCK and metabolism trait looks at several of these aspects.

Variants of the CLOCK gene

There are many different SNPs (Single Nucleotide Polymorphisms - single-letter changes in the DNA code) of the CLOCK gene, which give rise to multiple gene variants.

Your CLOCK and metabolism trait compiles and analyses several of these CLOCK gene variants.

In essence, this means that if you inherit one SNP of the CLOCK gene that is shown to disrupt your circadian rhythm and metabolism, you may be more likely to inherit other SNPs that have a similar effect.

Some of the key SNPs / gene variants we analyse are described in the following sections.

Studies show that some variants of the CLOCK gene are associated with significantly higher food intake.

A key SNP (rs3749474) within the CLOCK gene generates two gene variants (alleles) – the more common ‘C’ allele and the less common ‘T’ allele. It is this less common or ‘minor’ T allele that is linked to significantly higher food intake.

In this respect, one analysis of 1100 subjects from the GOLDN (Genetics of Lipid Lowering Drugs and Diet Network) study split people into two groups:

The researchers found that the T allele was significantly over-represented in the high energy intake group, with T allele carriers 1.33 times more likely to consume a higher amount of calories.

These SNPs are often co-inherited together in groups called haplotypes (as described in an earlier section). For example, if you inherit the letter ‘C’ at the site of the rs1554483 SNP, you are more likely to inherit the ‘G’ caused by the rs4864548 SNP. This gives rise to a haplotype of CG.

Given this pattern of inheritance, there are two common haplotypes generated by the rs1554483 and rs4864548 SNPs:

Individuals with the GA haplotype were found to have a 1.8 times higher risk of overweight or obesity (defined as having a BMI of greater than 27 kg/m^2).

A SNP (rs1801260) in the CLOCK gene causes a change in the DNA sequence from the letter T to the letter C. This generates two gene variants / alleles – the major ‘T’ allele and the minor ‘C’ allele. As we inherit pairs of alleles (one from our mother, one from our father), this gives rise to three different gene combinations (or genotypes): CC, CT and TT. There are several possible reasons for this difference in weight loss between genotypes.

One potential reason is that ‘C’ allele carriers have higher circulating levels of a hormone called ghrelin. Ghrelin is often referred to as the ‘hunger hormone’ – it stimulates appetite, feelings of hunger and promotes food intake.

Another potential reason is that C allele carriers may have different eating behaviours. For example, individuals with the CC and CT genotypes are shown to be less likely to stick to a Mediterranean diet, consuming more trans fats and less monounsaturated fats than those with the TT genotype.

Changes in circadian rhythm may also be responsible. Interestingly, people with the C allele report feeling better in the evening (compared to the morning), tend to eat breakfast later in day and are more likely to have inadequate sleep. These factors may conspire so that ‘C’ allele carriers overeat in response to sleep deprivation and also have less energy to exercise (particularly in the mornings).

What is the metabolic syndrome?

The ‘metabolic syndrome’ is the name given to a combination of conditions that increase your risk of cardiovascular disease (such as heart attack and stroke) and Type II diabetes.

People with metabolic syndrome have three or more of the following risk factors:

Researchers looking at the rs1801260 SNP (as described in the CLOCK gene variants and weight loss section) found that the ‘C’ allele was significantly more common in subjects with metabolic syndrome.

As you may recall from your Leptin resistance trait, leptin is a hormone secreted by fat cells (adipocytes). Therefore, the more fat tissue we carry, the higher our leptin levels. Accordingly, lower leptin levels (along with reduced BMI, waist and hip circumference) in people with the T allele suggest that this CLOCK gene variant is linked to less fat tissue and may be protective against obesity.

Your insights and actions

Depending on which SNPs / CLOCK gene variants you inherit, you may be at an increased risk of disrupted circadian rhythm, sleep disturbance and weight gain / metabolic issues. Be sure to check out your personalized insights for further details.

Similarly, consult your personalized actions for tailored advice on how to improve your sleep pattern, curb overeating, and reduce your risk of weight gain and unhealthy changes to blood sugar and fat levels.