This trait looks at your APOA2 gene, which affects your risk of weight gain and obesity when eating diets that are high in saturated fat.

What are the different types of fat?

We generally consume four main types of fat in our diet, each of which has different chemical and physical characteristics:

On a chemical basis, fats are composed of building blocks called fatty acids. Fatty acid molecules, in turn, have long chains of carbon atoms bonded to each other and to hydrogen atoms. These are called hydrocarbon chains. 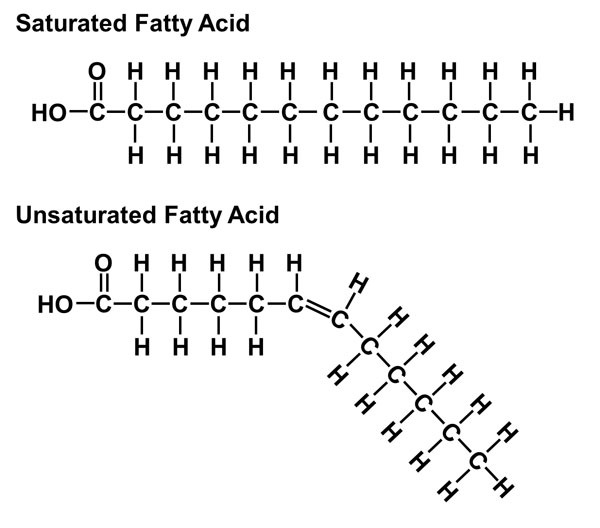 Another type of unhealthy fat are trans fats. On a molecular level, trans fats are a specific type of unsaturated fatty acid that, unlike healthy MUFA and PUFA molecules, do not bend. Trans fats are linked to an increased risk of heart disease.

Artificial trans fats are found in processed and fried snacks, such as cookies, cakes, pies and crisps.

As stated previously, saturated fats / fatty acids are distinguishable from unsaturated fats in that they have no double bonds in their hydrocarbon chain.

Examples of saturated fatty acids include:

Given the above, rich sources of saturated fat include fatty meat, dairy products such a butter and tropical oils (e.g. palm, coconut and palm kernel oils). 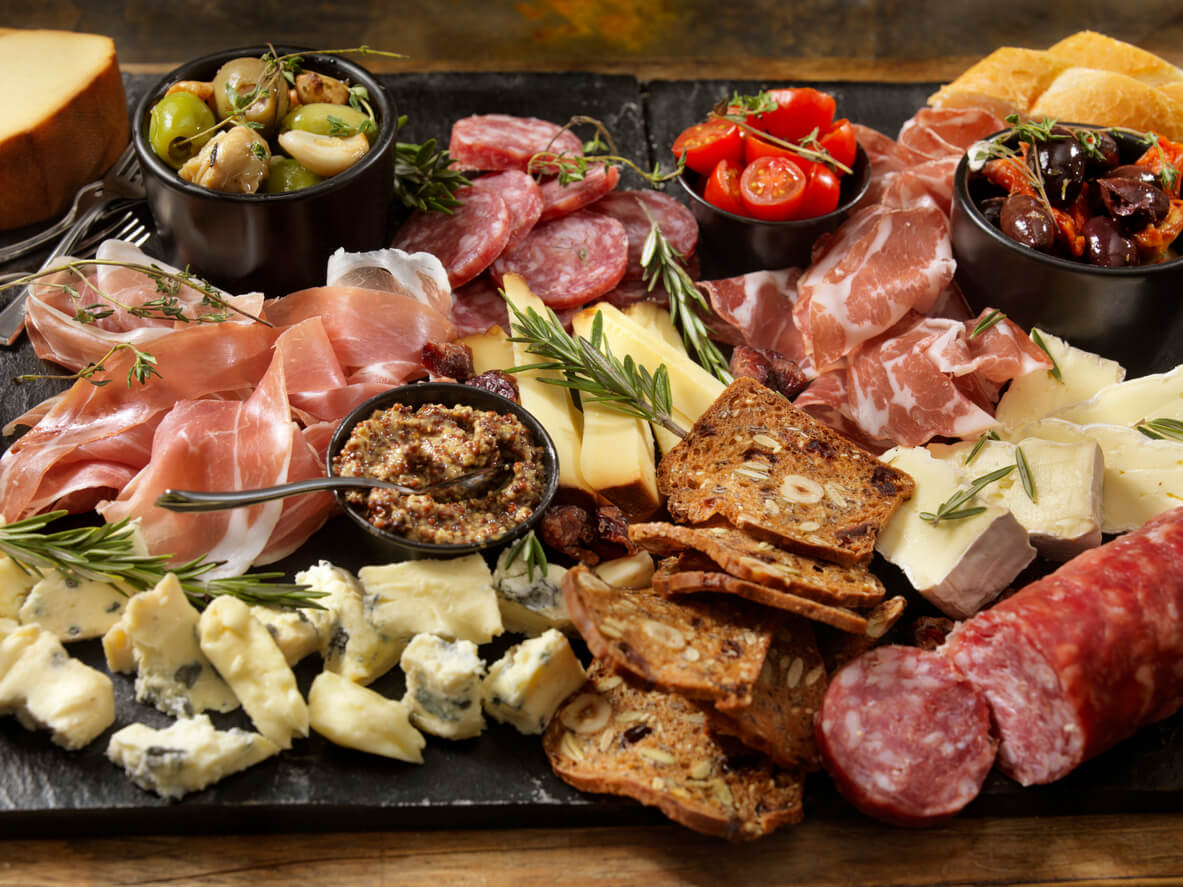 The health risks and benefits of saturated fat vary according to the exact fatty acids we are consuming. For example, studies suggest that palmitic acid increases levels of ‘bad’ LDL cholesterol. By contrast, lauric acid has been linked to increases in ‘good’ HDL cholesterol.

Generally speaking, however, saturated fats are considered to be unhealthy. Many of us consume too much saturated fat in our diet, and an excess amount of saturated fat (particularly in relation to unsaturated fat) is associated with weight gain and (although it a subject of hot debate) heart disease.

Furthermore, replacing saturated fats in our diet with healthier unsaturated fats (MUFAs and PUFAs) has been shown to lower levels of ‘bad’ LDL cholesterol and cut the risk of heart disease.

Why is saturated fat considered bad for health?

Saturated fat is shown to increase our levels of ‘bad’ LDL cholesterol, which is associated with an increased risk of heart disease.

As we learned about in the previous APOA5 and triglycerides blog, we transport fat along with cholesterol: a fat-like substance that is essential for cell function and needed to make cell membranes and certain hormones. To be transported in the bloodstream, we package fat and cholesterol into specialized particles called lipoproteins.

One type of lipoprotein particle, LDL (low density lipoproteins), transports cholesterol to be taken up and used by peripheral tissues, such as skeletal muscle, adrenal glands, ovaries and testes. 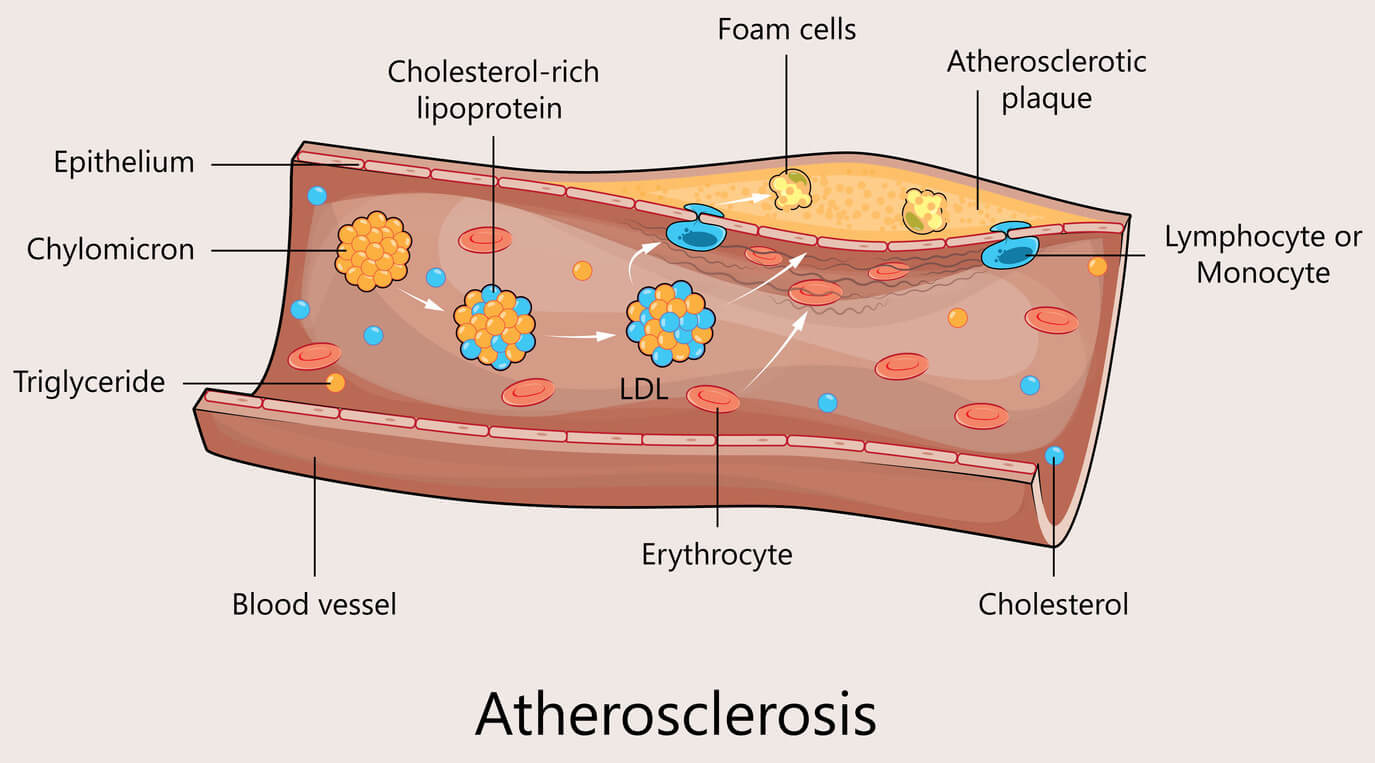 But, how does saturated fat increase levels of LDL cholesterol? The answer lies in the way LDL particles are cleared from the bloodstream. The vast majority of LDL particles are removed and broken down by the liver; a process which involves the LDL particles binding to LDL receptors on the surface of liver cells.

Studies suggest that saturated fat reduces the number and activity of LDL receptors, therefore reducing the amount of LDL particles cleared by the liver. In this respect, saturated fat increases levels of LDL cholesterol circulating in our bloodstream, which in turn increases the risk of heart disease.

Fats are rich in energy, and an excessive intake of fat can lead to weight gain. Studies suggest, however, that it is high intakes of saturated (rather than unsaturated) fat in particular that leads to fat deposition in the liver and in visceral fat tissue that surrounds our internal organs. This can cause weight gain, obesity and poorer insulin function.

Nevertheless, our risk of weight gain in response to saturated fat depends on our genetics. In particular, variants of our APOA2 gene influence how much weight we gain when following a diet that is high in saturated fat. This is a good example of what we call a “gene x diet interaction,” whereby the effect of being exposed to some dietary factor varies according to what genes we carry.

APOA2 is the gene that encodes a protein called apolipoprotein A2 (ApoA2). We previously encountered apolipoproteins in the APOA5 and triglycerides blog, and readers are encouraged to revisit that article for some background information.

ApoA2 is a key component of one type of lipoprotein particle in particular: HDL (High-density lipoproteins). HDL particles transport fat and cholesterol away from the bloodstream and arterial walls to be metabolized by the liver. In this respect, cholesterol carried in HDL particles is widely referred to as “good” cholesterol.

As we’ll learn in the next section, variants of the APOA2 gene may affect the production and activity of the ApoA2 apolipoprotein. This, in turn, influences how our bodies use and store fat, which affects our risk of weight gain and obesity when following high fat diets.

How do APOA2 gene variants affect risk of weight gain?

Of these two variants, it is the ‘C’ allele that is associated with an increased risk of weight gain and obesity, but, importantly, only when individuals adopt a diet that is high (greater than 22 g per day) in saturated fat.

* Depending on how your DNA results are reported, the major ‘T’ allele is sometimes represented as the ‘A’ allele, while the minor ‘C’ allele is called the ‘G’ allele.

What do studies show?

As we inherit pairs of genes/alleles (one from each parent), the SNP in the APOA5 gene gives rise to three possible gene combinations (or genotypes): TT, TC, and CC. *

Studies suggest that people with the CC genotype, who make up between 10-15% of the population, are at the greatest risk of weight gain when following a diet high in saturated fat. Furthermore, CC individuals are also shown to consume more food, particularly foods that are high in fat and protein.

In one large study, researchers followed 3,462 subjects over 20 years and tracked changes in their BMI (Body Mass Index). When following a diet high in saturated fat, those with the CC genotype demonstrated a significantly higher increase in BMI (on average, a 6.4% increase in BMI) compared to those with the TT and TC genotypes.

Similarly, people with the CC genotype had a 1.84 higher risk of becoming obese (BMI > 30 kg/m2) compared to those with the TT and TC genotypes. Again, this link between the APOA2 genotype and obesity risk only appeared in individuals consuming more than 22 grams of saturated fat per day. This figure corresponds to consuming over 10% of daily calories (using a daily intake of 2,000 kcal) as saturated fat.

People consuming less than 22 g of saturated fat per day, however, did not have an increased risk of obesity, regardless of their genotype. Similarly, there were no significant differences in BMI between genotypes (TT, TC and CC) when subjects consumed diets low in saturated fat.

The above findings suggest that the APOA2 CC genotype only exerts an effect on weight gain and obesity risk when people adopt a high saturated fat diet.

Why does APOA2 genotype affect the risk of weight gain?

It’s still unclear as to why APOA2 gene variants affect risk of weight gain when consuming a diet high in saturated fat. The ‘C’ allele of the APOA2 gene is thought to reduce the expression of the ApoA2 apolipoprotein, which, in turn, can alter the way we use and store fat.

Burgeoning research also suggests that people with the CC genotype have altered metabolism of amino acids including tryptophan and BCAAs (leucine, isoleucine and valine), which may affect food intake and energy balance.