What is the FTO gene?

The FTO (fat-mass and obesity-related) gene is often referred to as the “obesity” or “fat” gene.

Certain variants of this gene are linked to:

The exact role of the FTO gene in the body remains to be elucidated. Some studies show that it plays a role in brain circuits that regulate our appetite, energy balance and intake of food.

Indeed, the tissue with the highest FTO expression is the brain.

Variants of the FTO gene

A recap of SNPs and gene variants

(Readers are encouraged to visit the ACTN3 and muscle performance blog for an overview of how changes in DNA code give rise to different gene variants and proteins).

As you may already know, the human DNA sequence (or genome) is peppered with single-letter changes. When these single letter (or base) changes, called SNPs (Single Nucleotide Polymorphisms), occur within a gene (which is a stretch of DNA that codes for a protein), they give rise to different variants or “alleles” of that gene.

For example, in your Dopamine Metabolism trait, we encountered a SNP (rs4680) of your COMT gene. Ordinarily, at a specific point in the DNA sequence of this gene, there is the letter (base) 'G'. Consequently, we call this gene variant the ‘G’ allele. As this allele essentially contains the default DNA sequence, we also refer to it as the wildtype allele.

A SNP within the COMT gene, however, changes the letter 'G' to the letter 'T' at the same specific point in the DNA sequence. This gives rise to a different gene variant / allele, which we call the ‘T’ allele.

As most genes span anything from thousands to millions of letters (bases), there can be several single-letter changes (i.e. SNPs) at different, distinct points (called loci) within a single gene’s DNA sequence.

This is the case with the FTO gene, which contains several SNPs within its DNA sequence. These SNPs produce different FTO gene variants, some of which are associated with an increased risk of weight gain and obesity.

We refer to individual SNPs with special codes called ‘rs numbers.’ Some of the FTO gene SNPs analyzed in your trait include:

The rs993609 SNP is the most studied SNP within the FTO gene and is linked to the greatest risk of weight gain.

This SNP causes a change in the DNA sequence from the letter “T” (thymine) to the letter “A” (adenine).  In turn, this generates two different gene variants / alleles – the wildtype ‘T’ allele and the SNP-containing ‘A’ allele.

It is the ‘A’ allele that confers an increased risk of obesity and Type II diabetes. Accordingly, the ‘A’ allele is also referred to as the 'risk allele’.

As we inherit two copies of each gene / allele (one from our mother, one from our father), the rs9939609 SNP gives rise to three possible gene combinations or “genotypes” – AA, AT, and TT.

People with the AA genotype have two copies of the risk allele and are at greatest risk of weight gain. One study found that people with this genotype weigh on average 3 kg more than those with the TT genotype.

Studies suggest the ‘C’ allele is associated with an increased risk of obesity.

The ‘G’ allele has been linked to a greater risk of obesity and poorer insulin sensitivity.

Co-inheriting SNPs of the FTO gene

The three previously-described SNPs, rs993609, rs1421085 and rs17817449, are located very close to one another within our DNA sequence (or genome). As a result of this close proximity, these three SNPs are often inherited together as a cluster. To adopt the scientific lingo, we say that the SNPs are in strong linkage disequilibrium with one another.

Due to this clustering effect, if we inherit one SNP of the FTO gene, we are highly likely to inherit the other two FTO SNPs too.

In this sense, we essentially inherit SNPs of the FTO gene as a group. These groups of SNPs are called haplotypes. To simplify things, this blog will mainly look at research related to the rs993609 SNP, which generates the risk ‘A’ allele.

The FTO gene and obesity risk

True to its “fat gene” nickname, variants of the FTO gene are associated with increased bodyweight and a heightened risk of being overweight (defined as having a BMI greater than 25 kg/m2) or obese (BMI > 30kg/m2).

The SNP with the strongest link to obesity risk is rs993609, which creates the risk ‘A’ allele. 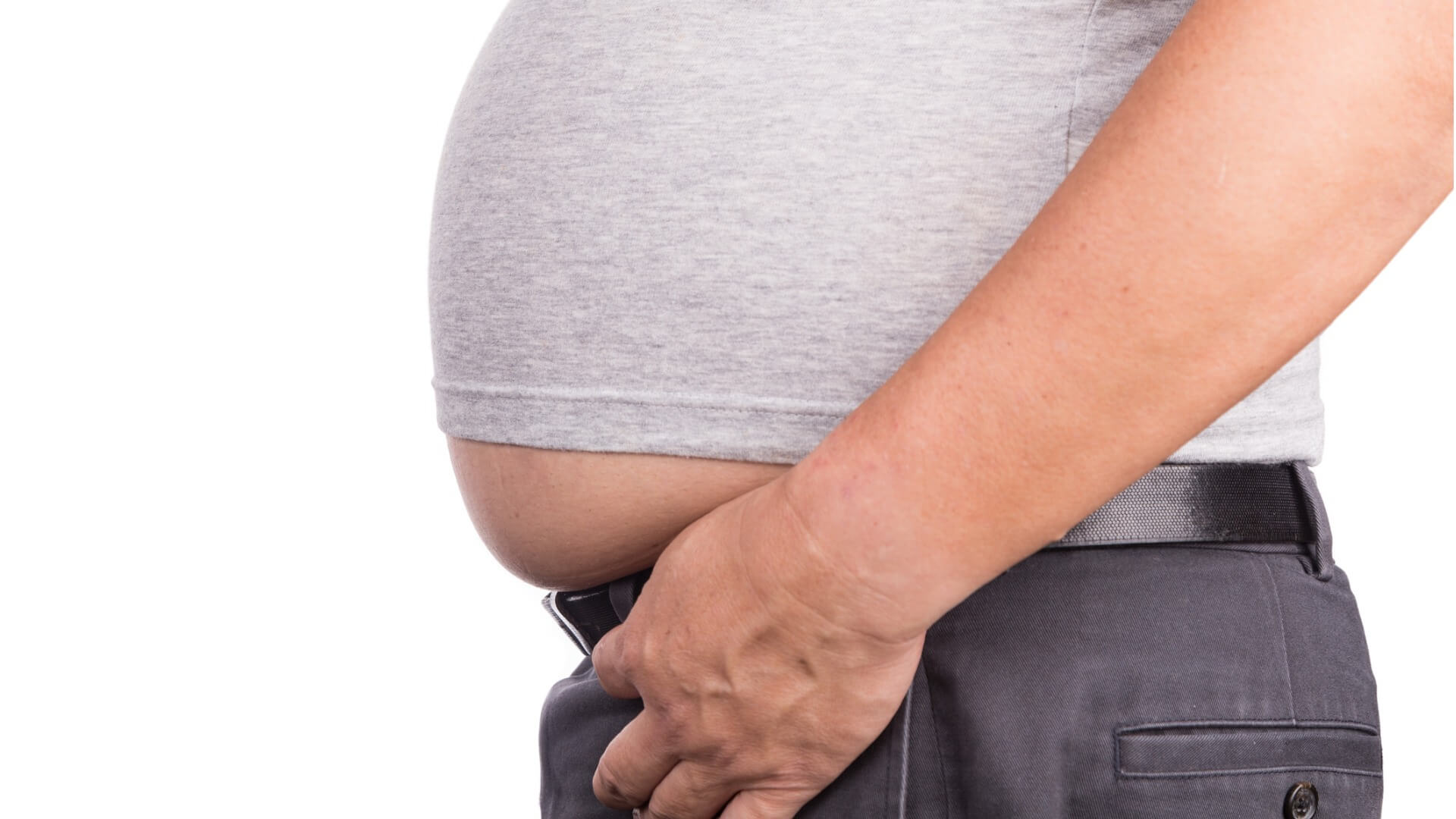 It’s not known how exactly the ‘A’ allele of the FTO gene brings about an increased risk of obesity. Generally speaking, if weight gain and the development of obesity can be reduced to a “calories in – calories out” formula, then most research suggests that the FTO gene affects the “calories in” side.

In this respect, some studies suggest that the ‘A’ allele alters the activity of brain circuits that control appetite and responsiveness to food, which leads higher food intake and to weight gain.

Type II diabetes is a metabolic disease characterized by poor sensitivity to the hormone insulin, leading to high blood sugar levels. You can read more about insulin in the Insulin and your blood glucose levels trait blog.

Studies in different global populations have linked some FTO gene variants to an increased risk of Type II diabetes. For example, a study of South Asian Indians found that carrying one copy of the ‘A’ allele (created by the rs993609 SNP) is linked to a 26% higher likelihood of having Type II diabetes.

It’s still unclear whether this link between FTO gene variants and risk of diabetes can more simply be explained by the effect of FTO gene variants on bodyweight. It’s well established that having a high BMI is a risk factor for developing diabetes. Accordingly, it could well be the case that FTO gene variants (such as the risk ‘A’ allele) increase the likelihood of being overweight and obese, which in turn increases the risk of developing Type II diabetes.

On this note, a study of 17,000 White European subjects found that the association between the risk ‘A’ allele and fasting blood glucose levels (a marker of Type II diabetes) disappeared when adjusting for BMI.

The FTO gene and appetite

An abundance of research suggests that people carrying the risk ‘A’ allele of the FTO gene (caused by the rs9939609 SNP) tend to eat more (particularly calorific and high-fat foods), have a larger appetite, and are less likely to feel full after a meal.

For example, in a study of Scottish men and women, people with the ‘A’ allele consumed significantly more calories (2269 - 2436 kcals per day) compared to those with the TT genotype (2150 kcals).

It’s thought that this higher food intake stems in part from differences in the way the brain responds to food.

In a seminal study, subjects’ brains were imaged using fMRI while they were shown images of high-calorie food. Individuals with the AA genotype showed different patterns of activity in structures such as the insula and orbitofrontal cortex – key components of brain-circuits related to reward and goal-directed behaviour. Furthermore, these brain-circuits were found to be more responsive to ghrelin – our body’s “hunger hormone”. Ghrelin is an orexigenic (appetite-stimulating) hormone released by the stomach, pancreas and small intestine that acts on the brain to make us feel hungry and promote food intake.

In addition to being more sensitive to ghrelin, people with the ‘A’ allele also have higher circulating levels of ghrelin following meals. Normally, release of ghrelin is suppressed after a meal, which leads to us feeling full (‘satiated’) and therefore less likely to consume more food. Individuals with the AA genotype, however, are shown to have raised levels of ghrelin, making them more prone to continue eating after a meal, with a particular preference for calorific, high-fat food. 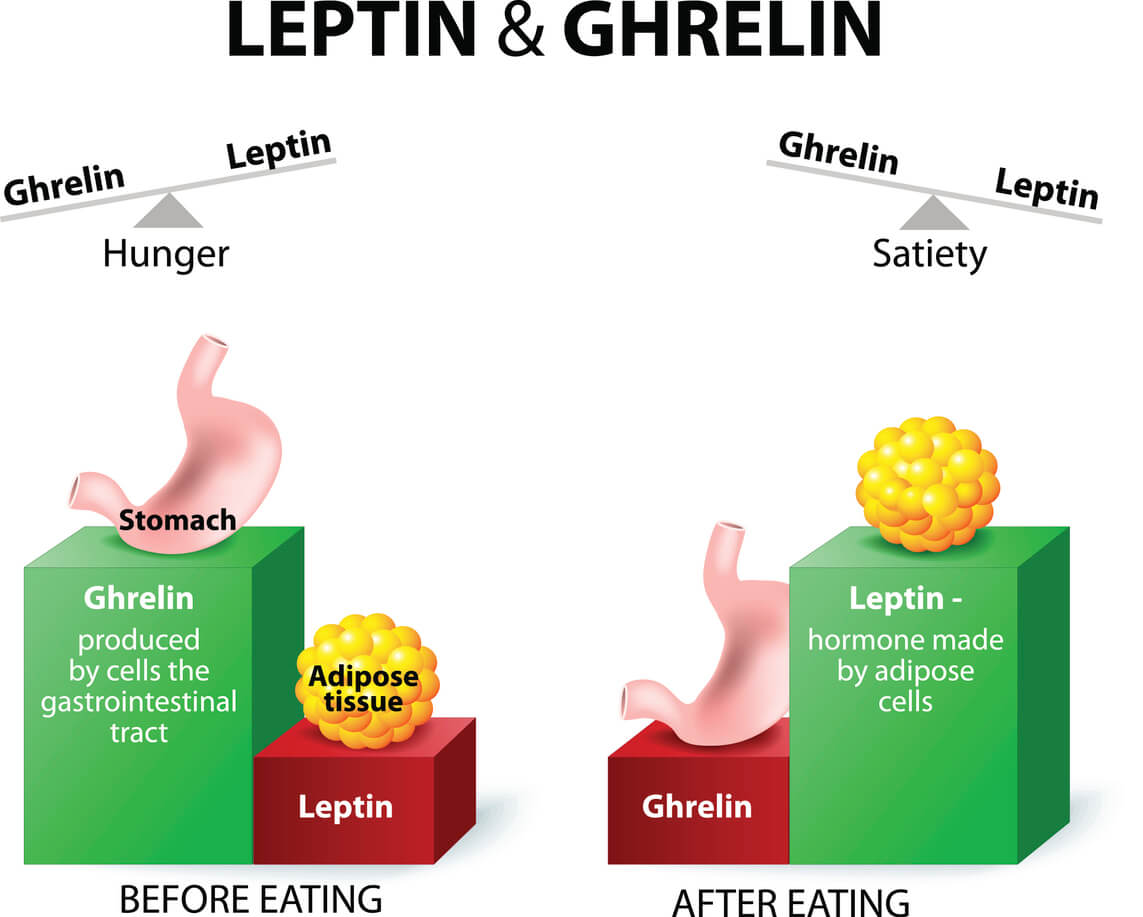 As well as having higher levels of ghrelin, studies suggest that people with the ‘A’ allele also have lower circulating levels of leptin – an anorectic (appetite-suppressing) hormone. This combination of increased ghrelin and decreased leptin is thought to contribute to greater appetite.

The FTO gene and response to weight loss regimes

There is some (albeit mixed) evidence that FTO gene variants affect response to weight loss interventions, including controlled diets, exercise regimes and drug treatment.

While the risk ‘A’ allele may increase the likelihood of weight gain and obesity, it has, perhaps paradoxically, also been linked to greater weight loss in response to diet and lifestyle changes.

For example, a meta-analysis of 10 studies (encompassing 6951 subjects) found that people with the AA and AT genotypes lost, respectively, 0.44 kg and 0.18 kg more than those with the TT genotype.

Note that this effect takes into account differences in baseline body weight, so it isn’t merely a case of people with the risk ‘A’ allele being heavier and therefore standing to lose more weight.

Despite these findings, however, another meta-analysis of 8 randomized controlled trials (totalling 9563 subjects) found no relationship between a person’s FTO genotype and their response to weight-loss interventions.

It’s sometimes tempting to think that, by virtue of our genes, we’re destined to overeat, put on weight and become overweight or obese. Of course, as I’ve detailed in this blog article, this is certainly not the case.

There are several reasons why inheriting risk alleles of the FTO gene won’t necessarily make us overweight, including:

With regards to the latter point, there is lots of research to suggest that small lifestyle modifications can protect against an increased risk of weight gain caused by FTO gene variants.

For example, the Preventing Overweight Using Novel Dietary Strategies trial found that increasing protein intake served to lower food cravings and appetite in people with the risk ‘A’ allele of the FTO gene. This effect likely results from the tendency of amino acids (from the breakdown of protein) to stimulate the production of gut hormones that make us feel full.

For more advice on how to reduce your risk of weight gain, be sure to check out your personalized actions.