It belongs to a class of biological molecules called cytokines – signalling proteins that facilitate communication between cells. Cytokines help to coordinate complex bodily responses involving multiple cells, such as the production of blood cells, immune responses and inflammation.

Your IL-6 and Inflammation trait focuses mainly on long-term IL-6 levels in the context of chronic inflammation.

Inflammation is the body’s protective response to tissue injury, infection (e.g. bacteria, viruses) and other harmful stimuli/agents. It involves an increase in blood flow and the recruitment of immune cells (e.g. white blood cells) in an effort to remove the harmful agent, prevent further tissue damage and promote healing.

Inflammation as a short-term, proportional response to injury (i.e. acute inflammation) is often beneficial and helps recovery. When inflammation is excessive or persists for a long time (i.e. chronic inflammation), however, it can cause damage to the body.

What happens during acute inflammation? Say you sustained a prick to your thumb while gardening and bacteria found their into the wound. Immune cells in your body will quickly recognize foreign molecules expressed by the bacteria. In response, the immune cells activate cell-signalling cascades (or pathways) that switch on the production of various inflammatory molecules. These inflammatory molecules include cytokines such as IL-6.

In turn, cytokines go onto to attract other white blood cells to the wound area / injury site. Once they’ve arrived, white blood cells can then destroy and neutralise the bacteria. Characteristically, a type of white blood cell called a neutrophil is recruited in acute inflammation. Neutrophils are also classed as phagocytes, cells that engulf and destroy bacteria, foreign particles and dead cell debris.

As well as recruiting white blood cells, cytokines (including IL-6) switch on the liver’s production of proteins called acute phase proteins, which support the process of inflammation. One of the acute phase proteins switched on by IL-6 is called C-reactive protein (CRP). CRP works by binding to the surface of bacteria and dead cells, thereby facilitating their destruction by phagocytes. The acute inflammatory response also causes local blood vessels supplying the wound area to dilate (a process called vasodilatation), allowing greater blood flow to the area. This facilitates the entry of immune cells and beneficial proteins (e.g. fibrin, which helps to plug the wound) to the injury site. Incidentally, the increase in local blood flow is the reason why inflamed tissue is often red and hot to touch.

In addition to increasing local blood flow, the inflammatory response makes blood vessels and capillaries more permeable. This allows fluid containing various proteins to leak out and move into the injury site. It’s for this reason that we develop swelling around inflamed tissue.

Inflammatory cytokines such as IL-6 also stimulate pain receptors, causing inflamed tissue to feel painful. This is actually a beneficial response, as pain prevents us from further moving or touching the inflamed area, which may otherwise lead to further tissue damage or contamination.

By triggering these various defence mechanisms, acute inflammation is a useful means of dealing with harmful stimuli and tissue injury. Importantly, after the harmful stimulus has been cleared (e.g. after invading bacteria have been successfully eliminated), the acute inflammatory response is suppressed. This process is called resolution.

In some cases, however, the inflammatory response fails to be suppressed and persists for long periods. This is known as chronic inflammation.

What happens during chronic inflammation?

Chronic inflammation occurs when the acute inflammatory response persists over time. This may occur for several reasons, including:

Many of the tissue responses seen in acute inflammation, such as widening of blood vessels, increased permeability of capillaries and recruitment of immune cells, also occur in chronic inflammation. 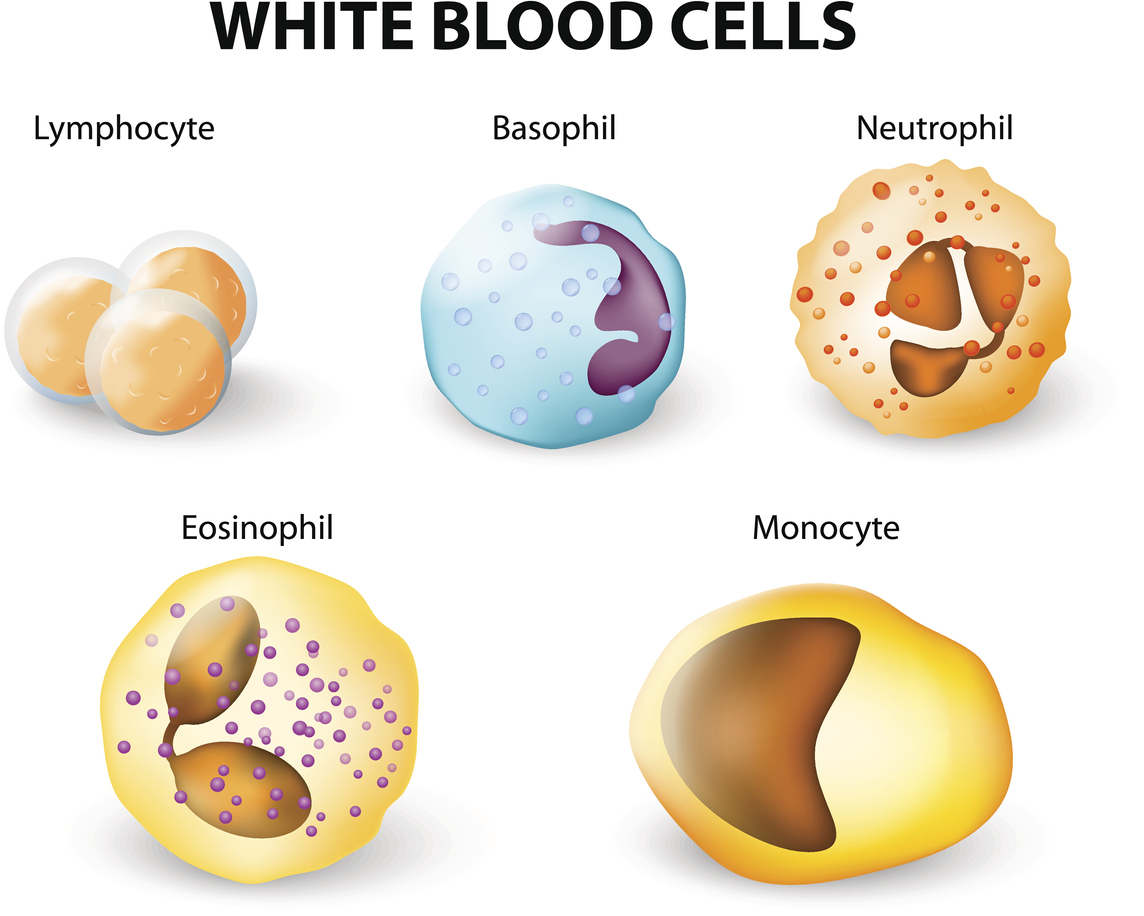 Lymphocytes and monocytes produce inflammatory cytokines, enzymes and other molecules that are designed to neutralise harmful stimuli, but may cause long-lasting damage to tissues. In particular, a type of monocyte called a macrophage is thought to cause widespread cell damage in chronic inflammation.

Why is chronic inflammation bad for our health?

During chronic inflammation, white blood cells called macrophages (which are derived from monocytes) produce a class of molecules called reactive oxygen species (ROS). ROS, which we encountered in the Metabolic Efficiency and Fuel Usage (UCP2) blog, are examples of substances termed free radicals – atoms and molecules with unpaired electrons, which makes them highly reactive and capable of damaging cells.

Macrophages produce ROS that react with and damage DNA, protein, lipids and other important biological molecules. While this may help to destroy harmful agents e.g. bacteria; in chronic inflammation, several macrophages are recruited and ROS is overproduced, leading to wider damage to healthy cells and tissues.

Our body does have some defence mechanisms against damage by ROS. For example, we produce molecules called antioxidants, which sweep up and neutralise ROS molecules. How does IL-6 cause chronic inflammation?

It’s thought that IL-6 acts a kind of “chemical switch” from acute to chronic inflammation.

During acute inflammation, IL-6 is released by various cells, including white blood cells and endothelial cells that line the walls of blood vessels. IL-6 then binds to specialized IL-6 receptors (called IL-6Rα) on the surface of neutrophils, thereby activating them and recruiting them to site of tissue injury.

Neutrophils, however, can also shed their IL-6 receptors as a freestanding, soluble form that circulates in the bloodstream and other tissue fluids. This soluble form is known as sIL-6Rα.

When IL-6 binds to the sIL-6Rα, it forms a complex which then activates and attracts other types of white blood cell associated with chronic inflammation, including lymphocytes and monocytes (macrophages). As described in the previous section, macrophages start to produce ROS, which causes oxidative stress and damage to healthy tissue. Our diet and lifestyle can have a significant effect on circulating IL-6 levels and the development of chronic inflammation.

It has been shown that diets that are high in fat and/or sugar can cause increases in IL-6 levels. As explained in the Insulin and your blood glucose levels blog, high levels of sugar (glucose) in the bloodstream lead to formation of harmful molecules called Advanced Glycation End Products (AGEs). These can trigger inflammation and lead to increases in IL-6.

The amount of fat we carry also affects our IL-6 levels. In particular, visceral fat, the ‘bad’ type of fat tissue that surrounds our internal organs, secretes IL-6, which can lead to low grade inflammation. Furthermore, chronically high levels IL-6 are known to worsen insulin sensitivity, which can further exacerbate blood sugar levels.

Sleep deprivation is another lifestyle factor known to raise blood levels of IL-6.

Your IL-6 and inflammation trait looks at variants of two key genes:

Specifically, a SNP (rs1800795) in the IL-6 gene creates a variant linked to increased levels of circulating IL-6 cytokine. People with this variant (known as the ‘G’ allele) may be more susceptible to chronic inflammation.

A SNP (rs2228145) of the IL6R gene leads to increased levels of the soluble IL-6 receptor (sIL-6Rα). This may lead to increased activity of the IL-6 cytokine and higher susceptibility to chronic inflammation.

To find out more about your trait band and how to minimize levels of chronic inflammation, be sure to check out your Insights and Actions.