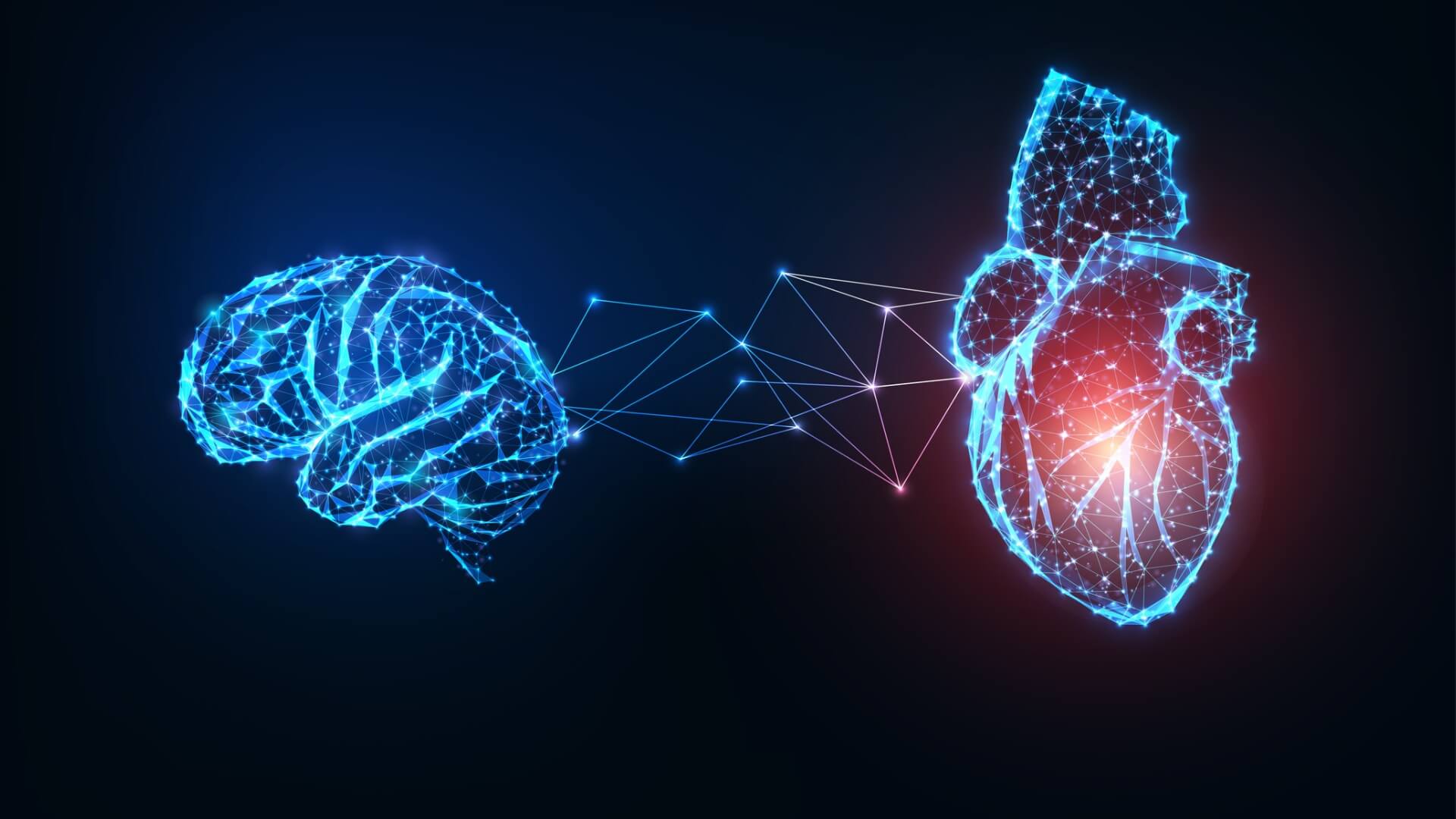 ApoE is short for Apolipoprotein E. Apolipoproteins are specialized proteins found on the surface of lipoproteins: particles that transport fat and cholesterol in the bloodstream. You can read more about lipoproteins in the Blood Fat Level (APOA5) and APOE and health trait articles. There are different types of apolipoproteins, which are found to varying degrees on different lipoprotein particles and differ in their function.

ApoE, in particular, is thought to have a role in regulating inflammation.

Studies suggest that depending on what form of ApoE you produce, your body will regulate inflammation differently.

There are 3 main forms (called isoforms) of the ApoE protein:

These are all essentially the same protein, but they differ from one another in structure by a single amino acid.

Due to differences in their structure, the three ApoE forms differ in their activity and the way they regulate inflammation.

How do genes determine which ApoE forms we produce?

The ApoE protein is coded for by our APOE gene.

The three different forms of the ApoE protein, ApoE2, ApoE3 and ApoE4, are respectively coded for by different variants or ‘alleles’ of the APOE gene:

The forms of ApoE protein that we produce therefore depends on what particular APOE alleles we inherit.

As we inherit pairs of alleles (one from our mother and one from our father), there are six possible gene combinations (called genotypes), each associated with a different pattern of ApoE protein production:

Depending on what APOE genotype we have, we will produce different forms of the ApoE protein which, in turn, affects how we regulate inflammation.

What is inflammation and oxidative stress?

Inflammation is the body’s protective response to tissue injury, which includes infection, physical trauma, toxins, and other harmful stimuli. You can read more about inflammation in the Inflammation and IL-6 levels trait article.

Although short-term inflammation is often beneficial, helping to get rid of harmful stimuli and promote tissue healing, excessive or prolonged (chronic) inflammation can cause damage to our own cells and tissue, including our blood vessel linings and brain tissue. Chronic inflammation of these tissues has been linked to the development of cardiovascular disease, diabetes, and neurodegenerative disease.

Part of why inflammation damages our own cells is down a to a process called oxidative stress. We’ve encountered this process before in your Oxidative Stress (SOD2) trait.

Oxidative stress occurs due to the build up of highly reactive, damaging substances called Reactive Oxygen Species (ROS) and free radicals. These substances are capable of reacting with and damaging DNA, lipids, proteins, and other important biological molecules. 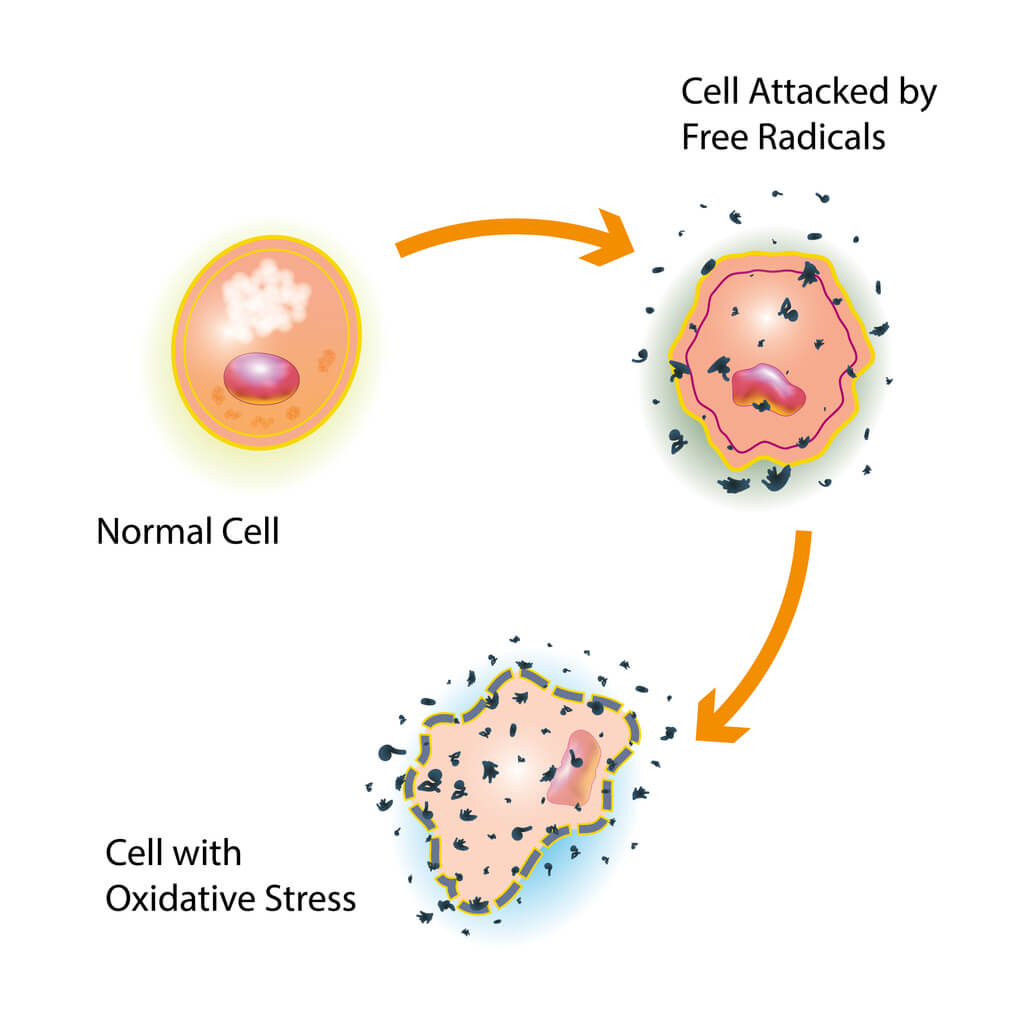 Oxidative stress occurs when the rate at which we produce ROS and free radicals overwhelms our antioxidant systems.

How does ApoE affect inflammation and oxidative stress?

ApoE is known to have antioxidant effects in the body and can therefore help protect against cell damage from oxidative stress.

Similarly, ApoE has been shown in several laboratory and animal studies to suppress inflammation.

For example, mice in which the APOE has been knocked out (thereby leading to a deficiency of ApoE protein) are shown to have greater activation of white blood cells and higher levels of inflammatory markers (e.g. pro-inflammatory cytokines) and markers of oxidative stress in their bloodstream.

In other studies, ApoE has been demonstrated to moderate artificially-induced inflammation. This process involves injecting LPS (lipopolysaccharide), a molecule found on the surface of some types of bacteria, in order to trigger a potent inflammatory response and stimulate the production of pro-inflammatory cytokines. ApoE is shown to reduce the production of pro-inflammatory cytokines and inhibit the proliferation of different white blood cells.

The exact mechanism by which ApoE protects against oxidative stress and inflammation is still being researched.

How do the different forms of ApoE affect susceptibility to inflammation?

Both animal and human studies show that the different forms of ApoE, E2, E3 and E4, have different antioxidant and anti-inflammatory activity. This likely results from the slight differences in structure and function between these proteins.

Given this pattern, we may expect people producing E4 form of ApoE to be more susceptible to inflammation and oxidative stress compared to those with producing the E2 form. Studies of humans seem to bear this out.

For example, people carrying the ε4 allele of the APOE gene (and who therefore produce the ApoE4 protein) are shown to have significantly higher markers of oxidative stress damage in response to smoking. This also translates into a higher risk of cardiovascular disease (e.g. heart attack, stroke).

These observations suggest that your APOE genotype and the forms of ApoE protein you produce have an influence on the degree of inflammation, oxidative stress and tissue damage following lifestyle events that provoke an inflammatory response (e.g. smoking, surgery, high-fat and high-sugar diets, exposure to air pollution).

Your ApoE and Inflammation Trait

Your ApoE and Inflammation trait analyses variants of your APOE gene and classifies your risk of inflammation and oxidative stress. Depending on what variants you have, you will be classified as: