The Function of DNA 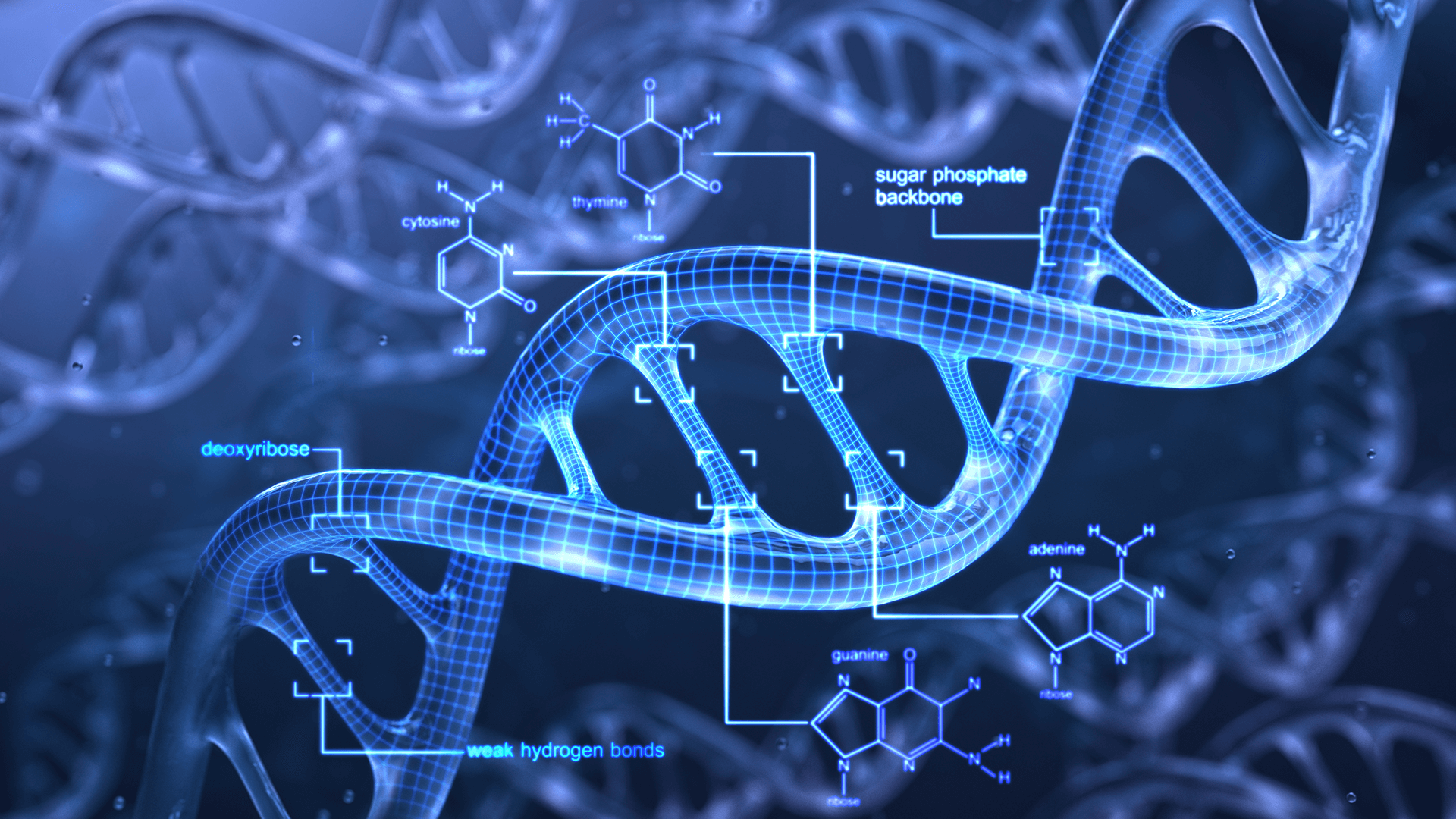 You may be forgiven if this is the first time you’ve revisited the science of DNA since High School Biology. Depending on the year (or decade) that you graduated from high school, it may not even have been on the curriculum then!

Whatever your academic background, this introduction to DNA aims to provide a scientific foundation upon which you can better understand your own FitnessGenes results.

DNA (or deoxyribonucleic acid, to give it its full name) is life’s hereditary molecule. It’s the information passed on to you from your parents and codes for your core biology. It influences everything from how you look, how you grow and develop, and your response to diet and exercise.

The primary function of DNA is to code for and regulate the production of proteins. And not just the proteins that help you build muscle – it may be antibodies that help fight disease, hormones that send signals to and from the brain or enzymes that help the body digest food. Proteins are involved in virtually every process carried out by the body.

To use an analogy, at FitnessGenes we like to think of your DNA as a cookbook. If your DNA is a cookbook, then your genes are the recipes within the cookbook.

Genes are the specific stretches of DNA that hold the instructions for creating specific proteins. To continue the analogy, proteins are the individual meals created from each recipe.

Your FitnessGenes DNA analysis identifies the versions of individual genes that you carry, allowing us to understand the type, activity and quantity of various proteins that you make. Using this information, we can recommend the exercise, nutrition and lifestyle strategies that you are most likely to respond to.

A good example to highlight the relationship between your genes, proteins, and physiological response is your ability to break down caffeine - the stimulant found in tea, coffee and chocolate.

Once you consume caffeine, it is gradually removed from your system by the protein CYP1A2, which is coded by the CYP1A2 gene.

There are two different versions or ‘variants’ of this gene - the ‘A’ variant and the ‘C’ variant.

Research has found that the ‘A’ variant is associated with higher levels of CYP1A2 protein. People who inherit two copies of the ‘A’ variant can therefore break down caffeine at a much quicker rate. These people are therefore regarded as “fast metabolizers”.

Using this genetic insight, we can then make recommendations around how much caffeine you should consume and when to drink caffeine if you’re looking to maximize exercise performance or minimise sleep disturbance.

You may be asking, “What gives rise to different gene variants in the first place?” The answer to this question requires that we take a deeper look at your DNA.

Your DNA code is essentially a sequence of four different letters (called bases) - A, C, G and T. The exact sequence of these letters determines what proteins you make and makes you who you are. The amazing thing, however, is that 99.9% of this sequence is identical between humans! It is the remaining 0.01% that makes us vastly different from one another!

What makes you unique

At FitnessGenes, we focus on the 0.01% of DNA that makes you unique.

Scattered throughout your DNA sequence are small single-letter changes. For example, instead of there being the letter ‘G’ at one point in the sequence, there may be the letter ‘C’.

So, there we have it. As DNA provides our body with the instructions for making proteins, tiny changes in our DNA sequence, known as SNPs, can alter the type, activity and quantity of proteins that we produce.

Sure, there’s more detail we could go into, but a firm grasp on the above principles will make reading and understanding your DNA and trait results much easier.

Ready to discover your personal caffeine metabolism rate plus your band for 70+ other traits? Visit fitnessgenes.com to purchase your DNA Analysis kit or upload your existing DNA data.