Are you salt sensitive? 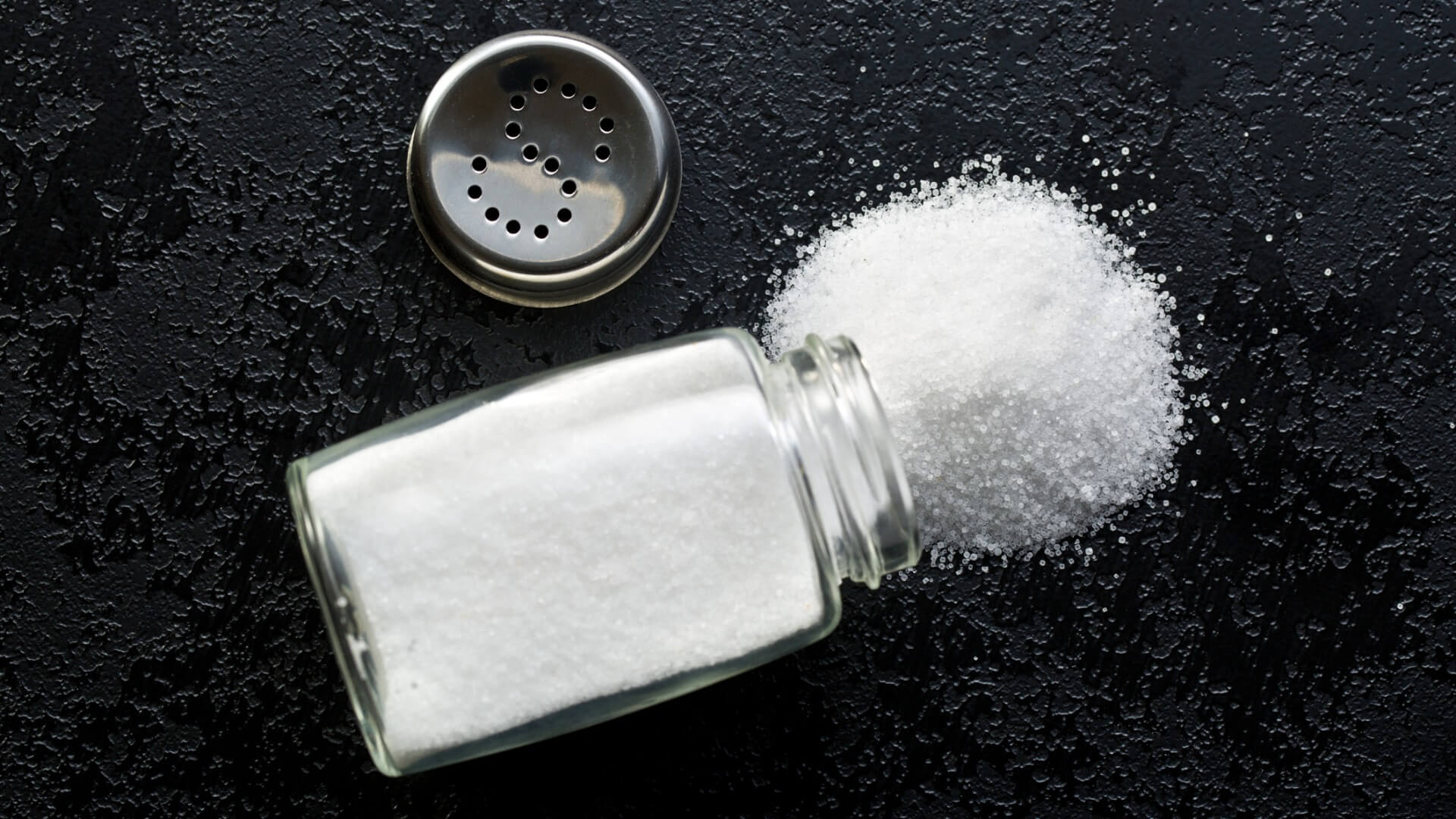 We all need salt to survive. The white stuff, as its chemical name sodium chloride suggests, contains an important mineral, sodium. Sodium is required to maintain the delicate fluid balance inside and outside of our cells, to send nerve signals, and to contract our muscles.

Throughout much of evolutionary history, the only salt that humans consumed was that which was naturally present in food. Estimates suggest that early humans ate about 0.6 grams of salt per day, equivalent to about 0.23 g (10 mmol) of sodium.

By contrast, we add vast amounts of salt to our food nowadays, both as a preservative and to enhance flavour. A modern diet typically contains between 5.8 and 23.6 g of salt per day. That’s between 2.3 and 9.2 grams (100 – 400 mmol) of sodium each day.

Too much salt, however, can damage our health. More specifically, an excessive amount of sodium in our diet can disrupt the body’s fluid balance and cause fluid to be retained in our blood vessels. This, in turn, causes rises in blood pressure, which puts an additional strain on our heart and cardiovascular system.

For some people, blood pressure rises acutely after consuming salt. Such people are termed salt-sensitive.

What is salt sensitivity?

There are various definitions of salt sensitivity, but all refer to an exaggerated change in blood pressure in response to changes in dietary sodium intake.

If you’re worried that you’re salt sensitive, it’s worth consulting your GP.

Salt sensitivity is typically diagnosed by getting someone to initially adopt a low sodium diet. This is then followed by a high sodium diet. If, after the switch to a high-sodium diet, a person experiences a 5-10% rise (or other figure, depending on the diagnostic criteria) in blood pressure, that person is considered salt sensitive.

Do genes play a role?

To ensure that organs are adequately perfused with blood and supplied with oxygen and nutrients, the pressure of blood within your vessels needs to be tightly regulated. We’ve evolved a complex system of organs and hormones to do this, with one major organ being the kidneys.

A related way to regulate blood pressure is to either widen (vasodilate) or narrow (vasoconstrict) arteries, thereby changing the resistance to blood flowing within vessels.

Both of these processes are influenced by a system of hormones, called the renin-angiotensin-aldosterone system (see Fig 1). It is likely to genetic changes in this system that underlie salt sensitivity. Based on these gene results (and several more), FitnessGenes inform you whether or not you’re likely to be salt sensitive. Remember, however, that this is based upon genetic associations and not actual blood pressure readings. If you think you are salt sensitive, you are advised to a consult a healthcare professional for an accurate diagnosis.

How can I cut my salt intake?

Depending on your gene results, you may need to limit your salt intake. Here are 4 easy ways to do this: