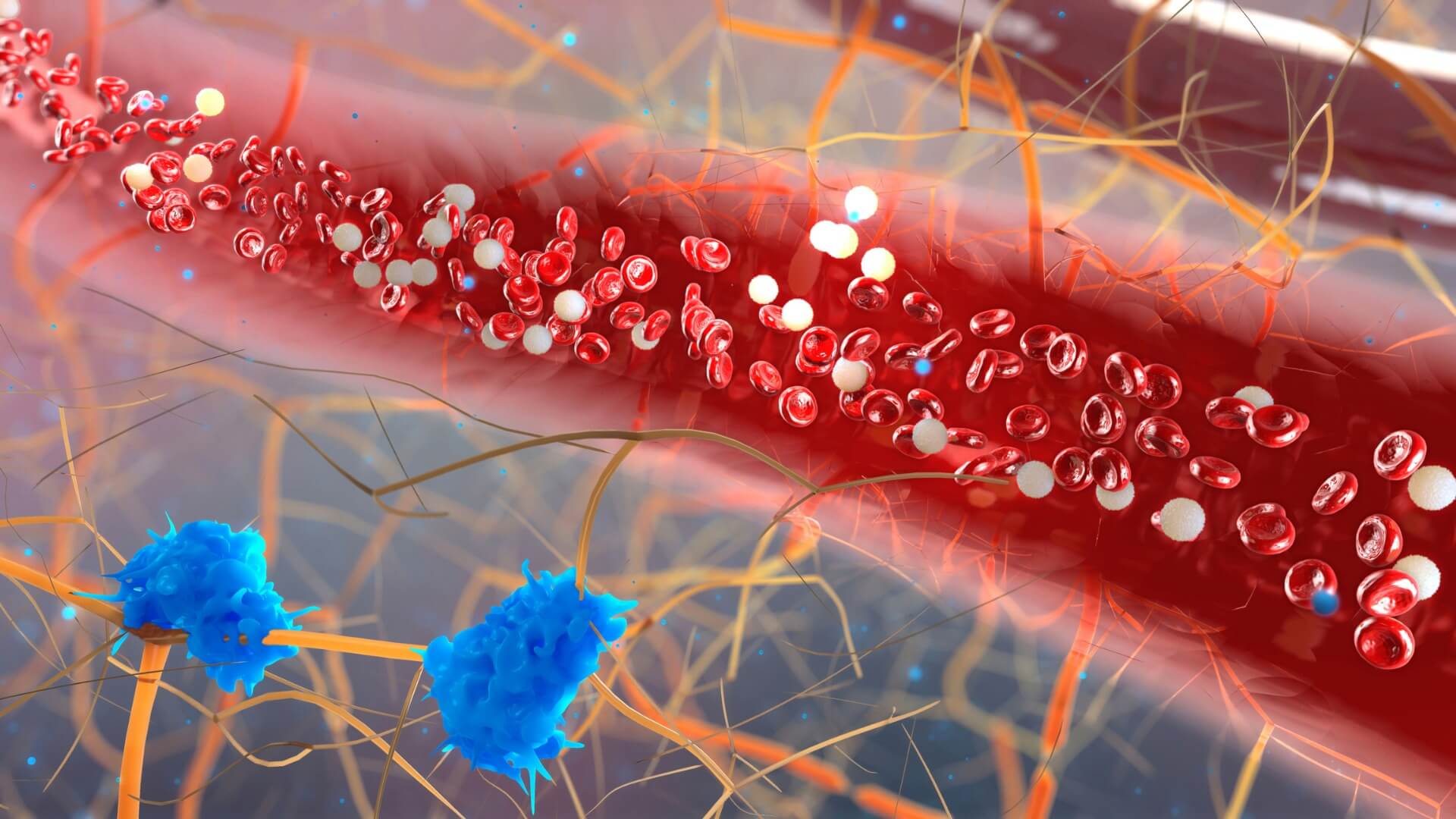 Glucose is a simple sugar (or ‘monosaccharide’) derived from the breakdown of carbohydrates.

Through a process called cell respiration, cells in our body use glucose to generate energy in the form of a molecule called ATP (adenosine triphosphate). ATP is often referred to as the ‘energy currency’ of our cells, and is required for muscle contraction, growth and almost all cellular processes needed to sustain life.

Glucose is absorbed into the bloodstream by the small intestine, once it has been broken down from the larger carbohydrate molecules, including polysaccharides (long-chain sugars e.g. starch) and disaccharides (two-chain sugars e.g. sucrose). Glucose is then delivered to other tissues such as the liver and skeletal muscles, where it can be used to generate ATP, or be built up into energy storage molecules (e.g. glycogen).

Insulin is an important hormone which allows various tissues (especially muscle and fat) to take up and use glucose from the bloodstream. Without it, tissues and organs would be deprived of a vital energy source.

It’s made in the pancreas by combining the precursor molecule pro-insulin with zinc and calcium.

How does insulin work?

One of the primary functions of insulin is to facilitate the uptake of glucose by tissues from the bloodstream. Blood glucose levels may become elevated as a result of two main issues with insulin function:

In both cases, glucose remains circulating in the bloodstream rather than taken up by tissue. This has several negative health effects and may be a sign of developing metabolic diseases, such as Type 2 diabetes.

Impaired insulin function can result in high fasting blood glucose levels. This is associated with several negative health effects, including:

High amounts of glucose in the bloodstream can bind to molecules in cells through a process known as glycation. Glycation can directly impair the function of cells, but also leads to the formation of other harmful molecules called Advanced Glycation End Products (AGEs), which can damage blood vessels, nerves and organs. AGEs can therefore increase the risk of cardiovascular diseases, such as heart attacks and strokes.

Insulin resistance may cause the pancreas to produce significantly high amounts of insulin to compensate for its reduced effects. The pancreas may eventually become unable to keep up with the body’s demand for insulin, leading to the development of Type II diabetes and metabolic syndrome.

If glucose cannot enter muscle cells due to insulin dysfunction, less energy will be available for muscle contraction. As a result, this may lead to reduced exercise performance, as well as general tiredness and lethargy.

To make a prediction of your fasting blood glucose levels, FitnessGenes analyze several of your gene variants (including those listed below) and relevant lifestyle factors using our innovative TrueTrait algorithm.

This gene encodes a transporter protein which moves zinc during the formation of insulin. Variants of SLC30A8 influence how effectively you form and secrete insulin.

This gene encodes a protein which is activated when insulin binds to an insulin receptor. Variants of TCF7L2 affect your tissues sensitivity to insulin.

The coordination of our insulin release with the day/night cycle is strongly regulated by the ‘sleep hormone’ melatonin. Melatonin exerts its effects by binding to the melatonin receptor, which is coded for by the MTNR1B gene. Studies suggest that one variant of this gene causes people to produce less insulin during the night, resulting in increased blood glucose levels at this time.

A diet high in saturated fat, trans fats and refined, high-GI carbohydrates is linked to the development of insulin resistance and high fasting blood sugar levels.

Disturbed sleep patterns can increase the risk of higher fasting blood glucose levels through resulting hormonal and behavioural changes, such as binge eating in response to sleep deprivation.

Depending on your combination of these genetic and lifestyle factors, you will be categorised into one of sixteen individual trait bands, ranging from ‘good’ fasting blood glucose levels to ‘very high glucose and insulin dysfunction risk’.

Discover your personal fasting blood glucose level, alongside 70+ more traits, by unlocking your unique genetic code with the FitnessGenes.