Should I take the stairs? 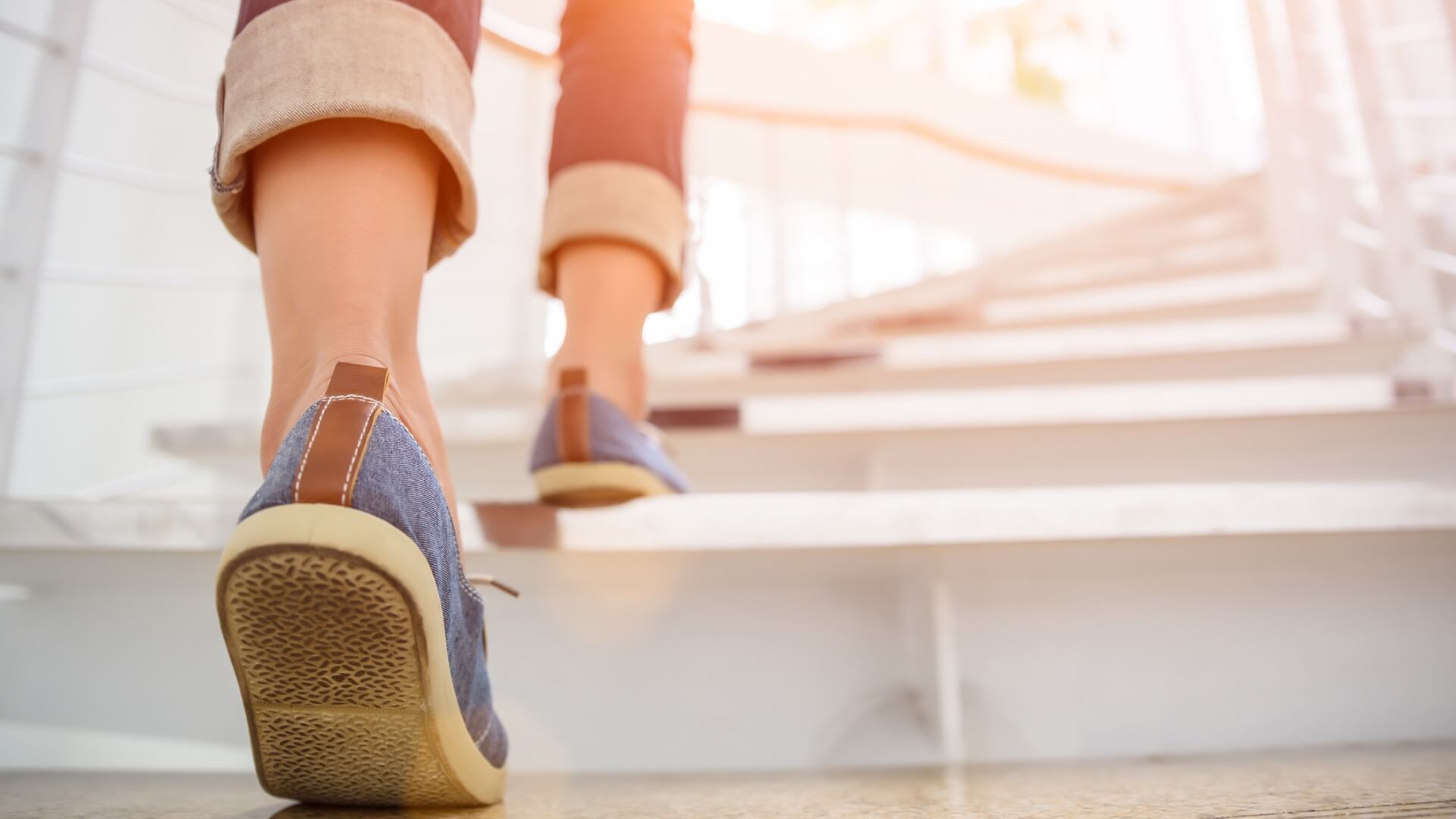 "Skip the elevator, take the stairs"

It’s an oft-touted lifestyle change that’ll make you fitter, healthier and even boost your workplace productivity. From a health perspective, climbing stairs makes a lot of intuitive sense; you’ll burn calories, recruit and strengthen leg and back muscles, and give yourself a mini-cardio workout.

But, is there any hard evidence to support taking the stairs?

One foreseeable drawback is that it’s hard to fit continuous stair-climbing into daily life. You may only have to climb one or two flights of stairs to reach your office or apartment, before you are soon sedentary at your desk or sofa again. This may negate any long term fitness benefits of stair-climbing.

According to a new study published in the journal Applied Physiology, Nutrition and Metabolism, however, short bouts of stair-climbing can still bring considerable fitness benefits, even when interspersed with long periods of rest.

Researchers at McMaster University wanted to observe whether short bouts of stair-climbing, dubbed as exercise ‘snacks’, could produce long-term fitness benefits. Specifically, they investigated the effect of stair climbing on:

24 healthy participants were split into two groups (each with 12 people): an exercise group and a control group. The subjects in the groups were of relatively similar fitness levels - at baseline (i.e. at the start of the study), there was no significant difference in VO2max or peak power output between the exercise and control groups.

The exercise group took part in 3 daily bouts (or ‘exercise snacks’) of stair-climbing per day. This was repeated for 3 days a week over a period of 6 weeks. Each stair climbing bout consisted of continuously walking up 60 steps (or roughly 3 flights of stairs).

Importantly, to mirror typical stair-climbing behaviour in a workplace or home environment, each stair-climbing bout was separated by a long recovery period of between 1 and 4 hours.

In contrast to the exercise group, the control group did not participate in the stair-climbing workouts. Instead, they were instructed to maintain their normal daily physical activity over 6 weeks.

At the end of the 6-week exercise period, there emerged a significant difference in VO2 max between the exercise and control group (1918 ml/min versus 1740 ml/min). This suggests that six weeks of stair-climbing group can promote improvements in aerobic fitness.

Nevertheless, for the exercise group, the absolute increase in VO2max was fairly modest – around 5%. The authors of the study suggest that this smaller improvement was because of the long recovery times (1-4 hours) between stair-climbing bouts. By contrast, HIIT (High Intensity Interval Training) workouts that target improvements in VO2max typically use much shorter recovery times (e.g. 1 – 2 minutes).

No study is without its limitations: weaknesses in study design that prevent us from making firm scientific conclusions.

In this study, the sample size (i.e. number of subjects) was very low – only 24 people. A much larger study would be required to demonstrate conclusively that stair-climbing brings about robust fitness benefits for everybody.

Another obvious limitation is that, outside of the stair climbing protocol, both the exercise and control groups were merely instructed to continue their normal physical activity habits. This meant the researchers did not fully monitor and account for any extra changes in physical activity and exercise patterns that may have occurred over the 6 week study period.

What are the benefits of taking the stairs?

Evidently, as this study showed, taking the stairs does give rise to strength gains and slightly better aerobic fitness, even with long recovery periods between bouts of stair-climbing. Other studies have shown climbing stairs to lead to improvements in blood cholesterol levels and body composition.

Stair-climbing is quite a vigorous activity, using about as much energy as running at a pace of 9.6km/hr. Furthermore, studies suggest that splitting intense exercise into small bouts still affords significant health benefits. For example, a training programme of three 12-minute exercise bouts was found to produce better improvements in blood sugar control compared to the equivalent amount of exercise performed continuously.

One conspicuous advantage of taking the stairs is that is practical and easily accessible – you don’t require any specialist equipment and it can easily be integrated into your daily lifestyle. An, as this study demonstrates, you will stand to reap benefits, even with small ‘bouts’ or ‘snacks’ of exercise.