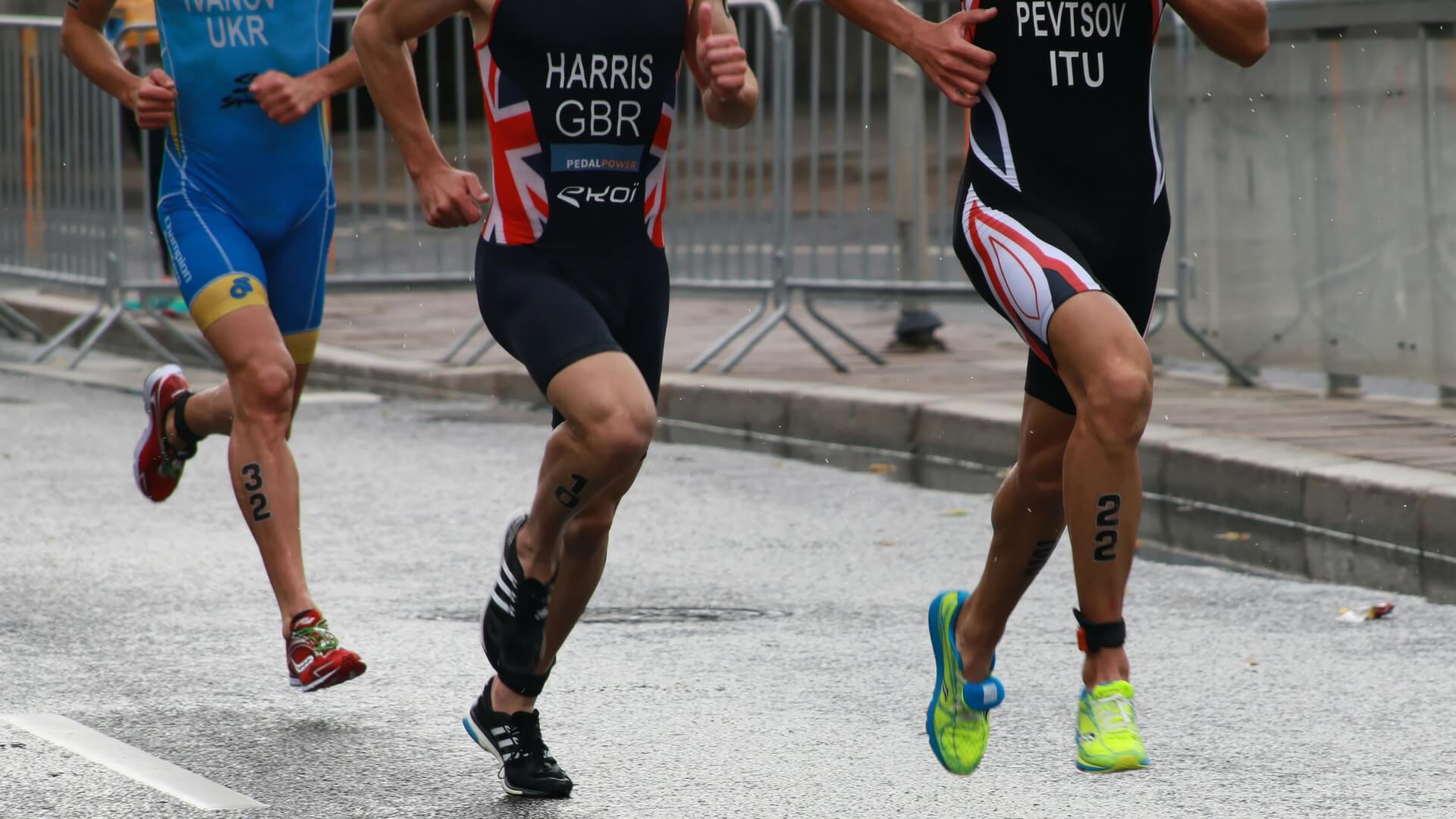 Over the past decade or so the low-carb, high-fat ketogenic diet became extremely popular among sedentary dieters and physique- conscious fitness enthusiasts to help lose body fat. However, as a triathlete, I wanted to find out whether following the diet may help improve my endurance performance.

This blog explains the ketogenic diet, what science says about its relationship to endurance performance, and how your genetics may be involved.

When we exercise, our bodies draw on our internal energy stores to power us through the session. The body’s main energy sources are phosphocreatine, carbohydrates, and fat. Although all fuel sources are typically used simultaneously, the primary source is highly dependent on the intensity and duration of exercise (read more about this here).

Fat is the most available and energy dense fuel source in our bodies, but it takes a relatively long time to mobilize during exercise compared to carbohydrates. Fats (stored as triglycerides) from your adipose and muscle tissue must first be broken down to fatty acids, and subsequently further processed by beta-oxidation (breaking it into acetyl-CoA which can be used in aerobic energy generation in complicated processes in the mitochondria).

As fat is such long lasting fuel source, it isn’t surprising that trained endurance athletes develop better mobilization and use of their fat stores compared to the sedentary population.

What is ketogenesis and the ketogenic diet?

The name ketogenic diet comes from “ketogenesis”, which means ‘producing ketone bodies’. Ketone bodies are three chemicals (acetoacetate, β-Hydroxy butyrate and acetone) produced mainly in the mitochondrial matrix of liver cells when fatty acids are broken down during periods of low carbohydrate availability.

Ketogenesis can be essential under certain conditions, for example during starvation, because ketone bodies can serve as an important energy substrate for the brain, heart, and muscle tissues, and they can modulate carbohydrate and lipid metabolism. However, when ketone bodies accumulate to very high levels, it causes acidity in the blood (ketoacidosis), which can be dangerous.

The idea of a ketogenic diet is to 1) enhance the capacity for fat oxidation (burning) during exercise and 2) increase the production of ketone bodies, hence the name ‘ketogenic diet’.

A ketogenic diet consists of high lipids and low carbohydrates (less than 50 grams per day) and moderate amounts of protein either continuously or in cycles of at least 4 consecutive days followed by a “normal” day, and aims to induce nutritional ketosis (using fat as the primary fuel source).

Does a ketogenic diet improve fat as fuel usage?

It increases the use of fat for energy, which was especially observed in long-term fat-adapted athletes, but exercise benefits of fat for fuel were mainly found in low and submaximal intensities. However, while fat metabolism may improve at low to medium intensities, this does not mean that endurance performance improves too.

Probably not, especially if your diet is purely high-fat, low-carbs. While improved fat oxidation and increased level of ketone bodies can have benefits on exercise metabolism, there haven’t been studies demonstrating athletes go faster on a ketogenic diet. One of the reasons is that ketosis impairs exercise performance by reducing the capacity to utilize carbohydrate (e.g. if following a low-carb diet, one would not benefit from the increased rate of intestinal glucose transport, found in athletes on high carb diets). It has been known for a while that the capacity to absorb carbs during intense endurance exercise is related to performance. Low carbohydrate availability during competition (either through having low glycogen levels or not eating them during a race), impedes the fast supply of energy by anaerobic glycolysis, which is needed for high-intensity efforts.

In turn, this impairs the production and use of also lactate. Contrary to what most people assume, lactate is not a performance limiter, but a useful energy source. One may think that in endurance events you don’t need short bursts of maximal power, but all long cycling/triathlon/running events also require high-intensity efforts, whether it’s getting away from a competitor, accelerating after a turn, sustained climbing, or sprinting to the finish line.

Excluding carbohydrates also “costs” more oxygen when exercising. It takes about 20% more energy to access the fuel supply from fat compared to carbohydrates, meaning more oxygen is required, therefore reducing exercise efficiency. While a reduction in efficiency may not be an issue for the casual athlete who’s out to have a good time, it is detrimental to performance for an elite athlete who’s out to win.

However, it is more complicated than this because the opposite is also true: having a high-carb, low- fat diet suppresses fat oxidation and metabolism.

So what to do?

Don’t go 100% keto, but low glycogen periodically may be beneficial.

As explained above, training the body to use fat for fuel does improve its fat burning capacity, but we don’t want to exclude carbohydrates from our diets completely, especially when competing. There are currently no conclusive long-term studies, but it may be worth including periods of low carbohydrate availability (low glycogen) to trigger increased fat metabolism.

There are many ways to do low-glycogen ‘training’, from the ketogenic diet, to fasted training before breakfast, to intermittent fasting, or exercising hard in the evening and then skipping carbs in the last meal before bed. Unsurprisingly, different methods create different results for glycogen storage levels. You can be on a no-carb diet, but at certain phases still have high glycogen. Some methods negatively affect glycogen stores in the liver but muscle glycogen levels remain high.

Some athletes incorporate a high-fat, low-carb diet as part of a specific, periodized training phase, which I think could be a good strategy. My personal and professional advice is go hard during your intense interval training sessions and avoid taking nutritional risks during competition. Make sure you consume enough carbohydrates in preparation for, during and to recover from big events.

Would supplementing with ketone bodies be of ergogenic aid?

Commercially available ketone supplements may provide a benefit without a need for a specific diet and thus sparing endogenous carbohydrates. Ketone supplements may serve as an alternative and efficient oxidative fuel source that can modulate carb, fat and protein metabolism.

However, research on the effects of ketone supplementation on exercise metabolism is limited, and it remains unclear whether it would enhance performance in recreational and/or elite athletes, as recently concluded in a review by Pinckaers et al 2017.

How do my genes play a role in this?

As discussed in a previous blog by Dr. West, your DNA plays a role in the response to fat intake. Here, we focus on how your genes play a role in your fat-for-fuel capacity.

FitnessGenes tests for a variation of the PPARA gene involved in how your body uses fat for fuel. This gene produces a protein involved in regulating fuel choice, especially in increasing the use of the more efficient energy source of fat by activating genes involved in fatty acid transport and metabolism.

There are two versions of the PPARA gene: the G allele and the C allele. People carrying the G allele have been shown to have higher levels of the PPARA protein and have a higher percentage of fatigue resistant, type-I slow twitch muscle fibers. Unsurprisingly, the GG variation has been found in higher prevalence in top-level endurance athletes compared to the CC genotype.

From the above, we may reason that CC genotypes are less efficient at switching their energy metabolism to fat burning and tend to tire sooner during prolonged physical activity than those with the GG genotype. This could potentially be true, but it should also be noted that continuous bouts of endurance exercise have been shown to boost levels of PPARA and hence our ability to burn fat regardless of PPARA genotype.

However, further investigation into whether people with a particular genotype might benefit from including low glycogen or phases of ketogenic diets would be extremely interesting to sedentary dieters, fitness enthusiasts, and athletes alike.

Personally, I choose to stick to my own non-ketogenic diet of legumes, vegetables, fruits, diary products, whole grains, and nuts (in that order) with extra carbs during and around long/intense workouts but no unnecessary pasta parties during normal training weeks. My diet supplies most of its energy from carbs, with moderate protein and fat levels, as recommended in my FitnessGenes nutrition blueprint. I do include some low-glycogen training sessions, but this makes up a small part of my training schedule since improved overall endurance is my goal and improved fat burning is just one part of this.

Dr Pleuni Hooijman PhD is a pro-level triathlete. If you enjoyed this article, please read her other blogs: