The ONE Supplement You Almost Certainly Need to Take This Winter 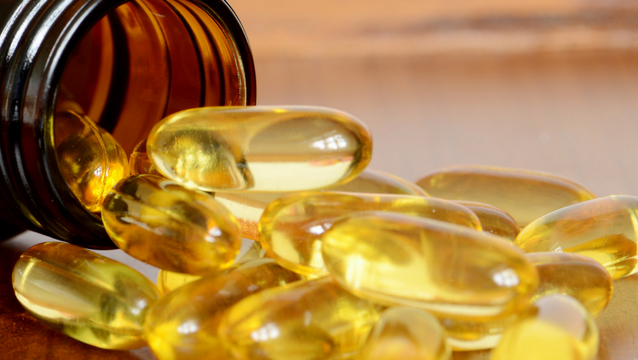 There are 13 vitamins required for optimal health in humans and according to new research, there is a good chance that you are deficient in one of them.

Take a look out of the nearest window. Is it dark outside? Cold? Are you wrapped up nice and warm? You probably live in the Northern hemisphere right?

If so, there is a high likelihood you are one of the estimated 1 in 5 people who have low levels of the “sunshine” vitamin – vitamin D.

So-called because the sun is actually the major natural source of this nutrient, our bodies (or more specifically, our skin) can only make vitamin D when the UV index is greater than 3. In the Northern hemisphere, these levels are generally not reached outside of the warmer spring and summer months. On top of this, we just aren’t exposed to as much sunlight as we used to be, either because we’re spending a greater proportion of our times indoors, or we’re using sunscreen to (very sensibly) prevent skin cancer.

Why is vitamin D so important?

Well, it’s best known for its role in helping the body to absorb calcium and phosphorus from food, nutrients that are critical for bone health. Low levels of vitamin D are strongly linked to bone deterioration and an increasing risk of fractures, especially important as you enter your senior years.

This isn’t all though. Vitamin D is linked to a wide range of other health benefits, including increased cognition, immune health and mood, as well as a reduction in risk of muscle weakness, certain types of cancer, heart disease and diabetes. It has even been linked to increased testosterone levels in men1, so if your FitnessGenes results indicate you are at increased risk of low testosterone levels, vitamin D should definitely be on your hit list!

Not taken a FitnessGenes test yet? Find out more about your genetic susceptibility to low testosterone levels by signing up here.

Also, rather interestingly, a higher vitamin D level during growth spurts in children is associated with greater heights during adulthood, although (sadly for me), there is currently no evidence to support its role in inducing height growth in adults!

The benefits seen with vitamin D supplementation have been so wide-ranging and pronounced that national guidelines on recommended daily intake (RDA) were recently updated, increasing to 600 IU for adults in the US and Canada (and 800 IU if you are over 70). In the UK, the recommendation is set at 10mcg, the equivalent of 400 IU. This advice is based on recommendations from the government's Scientific Advisory Committee on Nutrition (SACN) following its review of the evidence on vitamin D and health2, although many researchers believe it still doesn’t go far enough.

Osteoporosis Canada even went so far as to advise year-round supplementation, suggesting healthy adults aged 19-50 consume 400-1,000 IU daily, and those over 50, or younger adults at high risk, should get 800-2,000 IU daily.

Supplementation is more important during the colder, darker months of the year, and especially if you are vegan or spend a significant period of time covered up or indoors. One other, less well known factor is the impact your skin tone can have on your vitamin D requirements.

Your skin tone actually affects how much vitamin D your body can make. The melanin in darker skin that protects against UV light also acts as a barrier to the skin’s ability to synthesize vitamin D. If you have dark skin, you need to be exposed to sunlight for significantly longer than a person with light skin, to make the same amount of vitamin D. It has been speculated that, as a result, vitamin D deficiency among African-American populations in particular is to blame for higher rates of diseases such as hypertension, heart disease and diabetes.

I can’t emphasize this enough: if you have dark skin and live in a place that doesn’t get year round sun, vitamin D supplementation is a must.

How much should you take?

Forget the official RDAs quoted above, research studies suggest that the lowest effective dose range is 1,000 – 2,000 IU, so I would take this as a minimum.

Vitamin D is fat-soluble, which means it is more effectively absorbed if you take it with a source of fat, such as a meal. Alternatively, you could pair it with a fish oil supplement or a teaspoon of coconut oil.

Finally, there are some anecdotal reports that vitamin D supplements could disrupt sleep if taken later in the evening, so, as a precaution, it is probably better taken earlier in the day.

While it might be tempting to ramp up your intake to ensure all those lovely benefits, it’s worth adding a note of caution. In the case of vitamin D, it does seem you can get too much of a good thing. Emerging evidence suggests there could be health risks associated with excessive supplementation. High levels of vitamin D can lead to high blood calcium, not great news for your heart, blood vessels and kidneys.

Of course, the more you weigh, the more vitamin D you need to take; so what’s a safe limit? Most public bodies have set a daily safe upper limit of 4,000 IU, and generally daily intakes above 10,000 IU are discouraged unless under medical supervision, due to the potential adverse effects.

One thing is certain though; if you only take one supplement this winter, make it vitamin D.