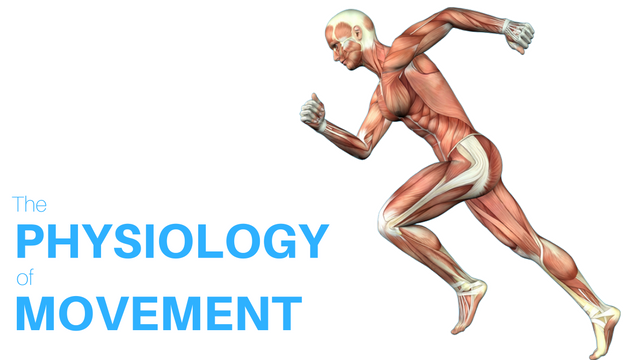 Physical exercise come in an infinite number of forms and shapes, but it all involves movement of muscles. But how do your muscles work? And how are your genes involved in that? To answer that we first have to take a look at how our muscles work.

All muscle movement is controlled by the brain via our nervous system. A signal is delivered through our network of nerves that send out messages to activate the muscles. This results in force being generated, which is exerted upon the body part through the muscle tendons.

Let’s zoom in a little bit more, and have a look inside the muscle. 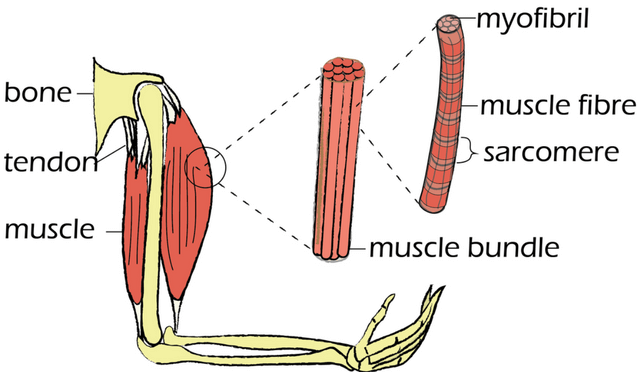 The outer layer of the muscle is named the fascia, and within that we find muscle bundles that are wrapped in connective tissue. You can think of it like a pack of uncooked spaghetti in its plastic wrapping. Each bundle contains many muscle fibers (also called myocytes), each covered with a wispy layer of connective tissue that also contains capillaries and nerves. There are different types of muscle fibers, roughly categorized as slow, intermediate-fast and fast twitch, that have different characteristics and which can adapt based on internal (such as ageing and hormonal changes) and external stimuli (such as (dis)use or specific training).

Your individual ACE genotype can give an indication to your distribution of these fiber types. II carriers have been found to possess a higher proportion of slow twitch fibers to fast twitch, whilst the opposite is true for DD carriers. If you are ACE heterozygous (ID), your muscle fiber type is likely to be a balance of the two.

If we zoom in a bit further, we get to the point where the actual force development takes place: the proteins of muscle fibers. You can think of these contractile proteins (or filaments) as a very nicely structured bunch of treads that can attach and slide over one another. The Myosin filament contains little heads that move along another protein called actin – a bit like the hands of a rock climber (myosin) that climb over the climbing holds of a wall (actin). This sliding of filaments generates force, and can shorten the muscle when it needs to contract. Located here is the protein α-actinin-3, which has a protective effect on the muscle, making it more resistant to damage. Your ACNT3 gene can tell you whether you express this protein or not. If you carry the XX variation of ACTN3, you do not produce any α-actinin-3 at all, which can impact recovery and power output.

To facilitate the movement of contractile proteins requires a lot of energy. We know that energy comes from the food we consume, but ultimately the only way that your cells can use energy is in the form ATP. This molecule, which is produced in the mitochondria, carries exactly the right energy level for biological processes.

Making and consuming ATP at the contractile machinery produces a lot of heat, hence why get warm when we exercise. The mitochondria use oxygen to ‘burn’ derivatives of fat, carbs and - to a lesser extent - protein, which explains why we need to breathe.

Two genes that we analyse at FitnessGenes impact on your mitochondria: UCP2 and UCP3. The UCP2 VV variation is seen to be beneficial for endurance athletes. UCP2 is present in many types of cells and is associated with a higher metabolic efficiency. This means that less energy is lost as heat, and can be used to fuel movement instead. For UCP3 it is the A allele that is found to be beneficial for endurance. UCP3 is mainly found in skeletal muscle fibers and is involved in fuel selection of muscle cells, and for example may promote burning of fatty acids for fuel.

The fuel for our mitochondria is primarily supplied by our nutrition and fat reserves, but the muscles can also store fat and carbohydrates – this latter in the form of glycogen. The enormous amount of protein contained within the muscle fibers can also be used for energy. However, this form of energy production is less desirable as it is catabolic, meaning it involves the breakdown of the muscle. The method of energy production that your body selects can be influenced by your PPARA genotype. Individuals who carry a PPARA G allele have been found to have inherently higher levels of the PPARA protein than those who carry the CC genotype. A higher level of PPARA protein enables efficient switching between fuel types (fat versus carbohydrates), thus giving G carriers a much larger pool of energy to draw from during endurance exercise.

Wow, that was a lot of science all in one go! But it brings us a step closer to understanding what physical exercise does to our bodies. When we look at the underlying physiological processes underlying, it makes it easier to understand it as a whole process.

In the next blog in this series, we discuss what happens to the muscle fibers and the rest of your body – including all those energy stores and proteins - after you have worked out, how the body responds to the stress caused by training and how it eventually leads to physical gains. To be continued in the next blog, where the HIF1, testosterone, IL6, IL6R, VEGFA and PGC1a genes come into play.

2) The I allele of the angiotensin-converting enzyme gene is associated with an increased percentage of slow-twitch type I fibers in human skeletal muscle.
Zhang, B. et al.
Clin Genet 2003
PMID: 12630962

5) The association of sport performance with ACE and ACTN3 genetic polymorphisms: a systematic review and meta-analysis.
F. Ma et al
PLoS One, 2013
doi:10.1371/journal.pone.0054685