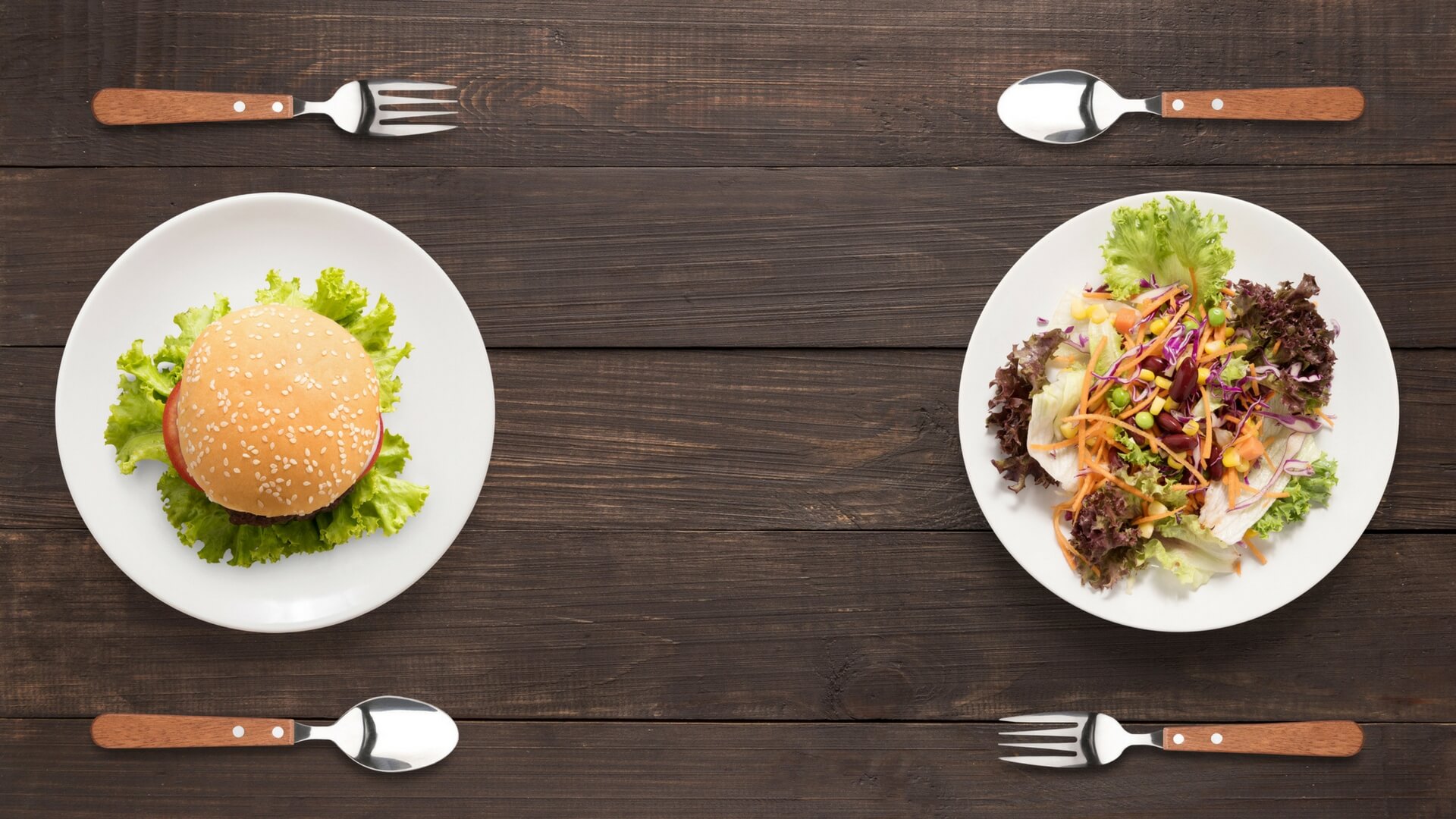 It's quite a paradox, isn't it? Plenty of food but still lacking essential nutrients. You wouldn’t necessarily associate overweight or obese people as being malnourished, but it’s an unfortunate reflection of the cheap processed foods often consumed in countries such as the US. (While much of the data for this blog is based off the US population, the arguments are relevant for many other countries as well).

People often think malnutrition is a lack of food. Overweight or obese people clearly have access to plenty of food so surely, they cannot be malnourished? However, if we look at the meaning of 'mal' on dictionary.com it is defined as 'a combining form meaning "bad", "wrongful", "ill"…'. Therefore, malnutrition not only refers to scenarios of undernutrition (as in not enough calories and nutrients) but also situations of overnutrition and therefore overweight/obesity. Malnutrition also refers to the amount and types of nutrients you eat, specifically: total calories, protein and micronutrients (vitamins and minerals). On top of that you can be simultaneously overweight/obese and undernourished due vitamin and mineral deficiencies from poor food choices.

You only need to do a very quick internet search for "the American diet" or for "America's top 10 favorite foods" to see why some people could be overweight/obese but also undernourished. A typical top 10 list includes hamburgers, hotdogs, French fries, cookies, pizza, soft drinks, chicken tenders (breaded chicken), ice cream, donuts, and potato chips. All typically dense in calories but virtually devoid of any essential nutrients.

Looking at the research conducted for the US government’s own dietary guidelines 2015-2020 shows people consuming too many calories (unsurprising given 2/3rds of Americans are overweight/obese) and around 75% of the population have a diet that is low in fruits and vegetables, foods which are rich in micronutrients.

So what do our diets lack?

The lack of vegetable intake is widespread for both males and females and across all age groups. There is a stark under-consumption of vegetables across the spectrum: dark green (broccoli, spinach etc.), red and orange (tomatoes, carrots, red peppers etc.), legumes (beans & peas), starchy vegetables (potatoes, corn etc.), & other vegetables (onions, mushrooms, zucchini etc.).

Although more than enough grain is consumed, far too much of it is eaten as refined, rather than whole grain forms. Whole grains contain all three parts of the grain: the bran (the outer layer), the endosperm (the middle layer) and the germ (the innermost component). Refined grains mainly contain the endosperm and are therefore rich in carbs but lack the vitamins and minerals, fiber and phytonutrients mostly found in the bran and germ.

But many products are fortified/enriched with fiber, vitamins and minerals, right?

Although many products are enriched/fortified by vitamins, minerals, fiber etc., this can’t totally overcome poor nutrient density in cheap processed foods. The regulation governing food fortification for some products is also more advisory than enforceable. This doesn't mean you shouldn't purchase or consume enriched/fortified foods but just remember they can't compete with the naturally occurring micronutrients found in whole grains, fruits and vegetables.

What do we eat too much of?

As already mentioned, Americans eat more than enough refined grains and one of the biggest concerns is that 1/5th of this comes from desserts and sweet snacks. Most (70%) are also consuming more than the recommended intake of added sugar and much of this comes from soft drinks (47%) and again desserts and sweet snacks (31%). These calorie dense foods contain little nutritional value. This pattern – high intake of calorie-dense and nutrient poor foods – is repeated in many other countries. This is also not just a problem in developed countries but is also occurring in developing nations where there are increases in the availability of cheap, calorie-dense and nutrient poor foods, simultaneously over feeding and under nourishing the newly urbanizing populations.

The double burden of malnutrition

What we’re discussing here has been identified as a global health problem: the double burden of malnutrition: It is the coexistence of undernutrition alongside obesity, as a diet-related noncommunicable disease. It can have severe negative health consequences and has been linked to type-2-diabetes, cardiovascular disease, increased mortality and hence reduced life expectancy.

Some of you might be saying "well those are consequences of being overweight/obese anyway, so how much more of a difference does undernourishment make?" Since overweight/obesity is such a prevalent problem, the fact it can coincide with undernourishment is a damning indictment of the average person’s understanding of food, obesity, and malnourishment.

How to solve this problem?

There isn't a simple solution to this global problem, but here are practical steps to improve the quality of your diet:

1) Start cooking as many of your own meals as possible and can add more vegetables whenever possible. From chili, lasagne, bolognaise, curry, pasta bakes, stir-fry, casserole etc., you can easily add extra vegetables and benefit from their micronutrient content. For example: extra onions or carrots in your bolognaise or casserole; add spinach to your pasta bake; extra sweet (bell) peppers in your chili; chickpeas or cauliflower in your curry; bulk out your stir-fry with extra vegetables. The important thing about non-starchy vegetables is that they are micronutrient rich while not being calorie dense. So, including an extra handful or half- cup in won’t overly impact your total calorie intake.

2) Experiment with diverse ways of cooking vegetables. Growing up, my vegetables were mainly served to me boiled and over cooked (sorry Mum), hence the reason I probably didn't eat many as they're not exactly appetizing this way. When I was older and I tried boiling them myself and left them with some crunch I found them much more enjoyable. Have you tried steaming, baking, or grilling your veg? Maybe even try roasting your vegetables. Just go easy on the oil if your counting your calories.

3) Find your 'gateway vegetable'. If you really hate vegetables, start by trying to find your so called 'gateway vegetable'. Keep experimenting with different vegetables until you find one you like, and try to incorporate it into some of your meals even if it might not necessarily be something you think it goes with. After a while try experimenting again with more vegetables. I guarantee you'll be surprised at how your taste changes and you will be able to start eating more and more different type of vegetables.

5) If you're really struggling to increase your vegetable intake you could even try putting them in a food blender and adding them to a soup, sauce, or stock. Sometimes it can just be the sight of them that puts people off.

Pointing out the occurrence of undernutrition alongside obesity might seem like a roundabout way of telling you to eat more vegetables but it is important to understand that malnutrition is not just about eating enough calories.

While I'll often disagree with people who try to say the calories-in versus calories-out model doesn't work, one point where I will agree is that the source of calories is extremely important. It doesn't matter if your body composition is lean, average or overweight/obese, if your diet is lacking vegetables and micronutrition you will be undernourished and this will negatively impact your long-term health.

Our FitnessGenes recipes showcase delicious vegetable-based meals. If you love meat like I do, please don't be put off by them: Give these vegetable recipes a try and you can easily add your favorite meats to make them more appealing.