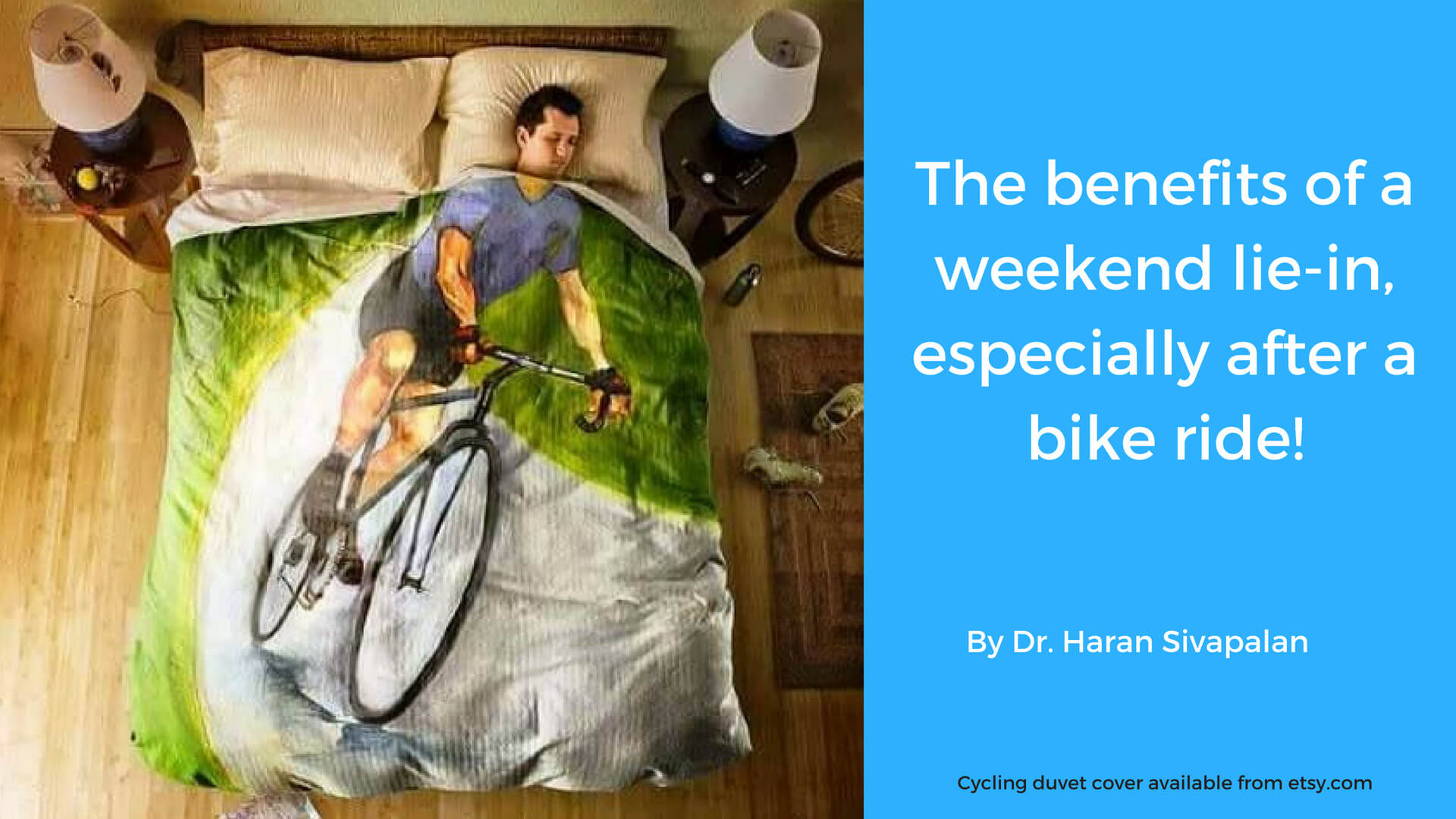 "I never knew a man come to greatness or eminence who lay abed late in the morning." – Jonathan Swift

Society has long revered the early riser. By contrast, the ‘lie-in' is often disparaged as a hallmark of self-indulgence, laziness and poor health.

Indeed, it remains true that oversleeping can be harmful to our mental and physical health. As the late comedian Mitch Hedberg once joked, "I haven't slept for 10 days…..because that would be too long." He was right, that would be unhealthily long - sleeping longer than 9 hours per day is associated with an increased risk of diabetes, heart disease, and stroke.

The same can be said, however, of sleeping too little. According to the Nurses' Health Study, which followed 60,000 women over 16 years, people who got less than 5 hours sleep per night were at an increased risk of high blood pressure and a 15% higher risk of becoming obese.

The relationship between sleep and negative health outcomes, then, follows a U-shaped curve. There's a sweet spot, the bottommost point of the ‘U', associated with the lowest health risks. For the typical person, this is between 6-9 hours of sleep per night. Sleeping more or less than this brings a multitude of health risks.

Of course, getting enough sleep during the working week is a challenge for many of us. Early morning commutes, late nights at work and hectic schedules mean we often accrue a sleep deficit between Monday and Friday. In an attempt to mitigate this deficit, we may switch our alarms off and sleep in at the weekend. But, given that oversleeping also carries health risks, is this weekend lie-in damaging or restorative to our health? A new study from Stockholm University and the Karolinska Institute suggests the latter – we can make-up for lack of sleep during the week by sleeping in at weekends!

The study, published in the Journal of Sleep Research, followed roughly 38,000 subjects over a 13-year period from 1997 to 2010 and looked at mortality rates.
Congruent with previous research, a lack of sleep was linked to poorer health. Those sleeping less than 5 hours per night, both on weekdays and weekends, had a 65% higher mortality rate compared to those getting 6-7 hours sleep per night. As per a U-shaped relationship, sleeping too much (over 9 hours) on weekdays and weekends was also associated with increased risk of death.

Interestingly, however, when people combined under-sleeping (less than 5 hours) during the week with oversleeping (over 9 hours) at the weekend, they didn't suffer from increased mortality rates. As the authors suggest, a weekend lie-in may allow us to compensate for a sleep deficit accumulated during the working week.

So, if you've skimped on the sleep this week, don't feel guilty about staying a little bit longer in bed at the weekend. You can reassure yourself with the fact that adequate sleep is essential for recovery from exercise. During deep sleep, our bodies produce human growth hormone, which facilitates the repair and growth of muscles. We're also less likely to overeat after a good night's sleep.

Of course, in an ideal world, we would get a consistent amount of sleep every night. This need for regular sleeping patterns is especially important depending on your CLOCK gene.