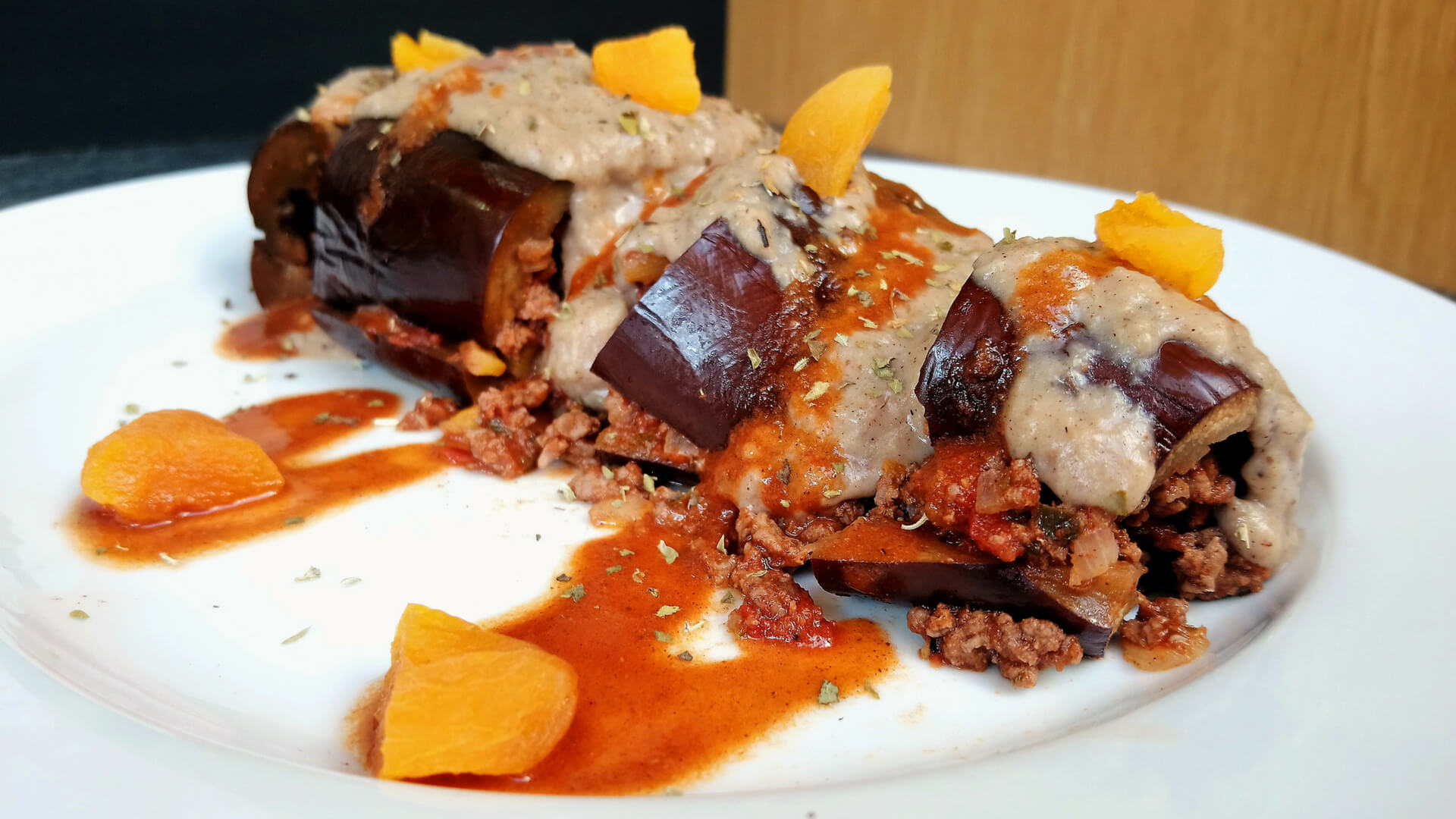 Moussaka isn’t known for its popularity among the health-conscious, but this recipe allows for all the taste without any of the guilt! The lower amount of béchamel sauce reduces the saturated fat and calorie count, while using a whole eegplant (aubergine) for each serving boosts your folic acid intake. Tomatoes are rich in lycopene, an important antioxidant, and the lean beef means your protein intake stays high.

1. Preheat the oven to 200C/400F. Put the eggplant (aubergines) in a high-sided tray, cover with foil and put in the oven for 30 minutes. Remove from the oven and let cool.

2. Heat the oil in a frying pan over a medium heat and then add the onion. Cook for 5 minutes, until soft, then crush in the garlic and cook for a further minute.

3. Add the mince and break up well. Stir in 1 tbsp cinnamon, 1 tsp nutmeg and 1 tbsp oregano and some salt and pepper, and cook until no pink remains in the meat.

4. Add the chopped tomatoes, the rice and the apricots, heat through and then leave to simmer for 10 minutes with the lid on.

5. Meanwhile, chop the top off the eggplant (aubergines) and slice in half lengthways. Throw away the tops. Scoop out the soft flesh from the insides using a spoon and place the shells back in the tray, openside up.

6. Using a slotted spoon (so that some of the tomato juice is left behind in the pan), spoon the mince mixture into the aubergine shells. Replace the foil and place back in the oven for 10 minutes.

7.Meanwhile, melt the butter in a small saucepan over a low heat, then stir in the flour. Whisk in the milk gradually until you have a smooth sauce.

8. Quickly blitz the eggplant (aubergine) flesh in a food processor/blender with a splash of boiling water until mostly smooth, then stir into the sauce, along with the remaining cinnamon, nutmeg and oregano, and some salt and pepper.

9. Remove the eggplants (aubergines) from the oven. Place 2 halves on top of each other on each of 4 plates and, with a sharp knife, slice into 4-5 pieces. Spoon over the sauce mixture and drizzle over the tomato juice from the pan. Top with some extra apricots if desired, then serve.