How much protein do you need to build muscle? 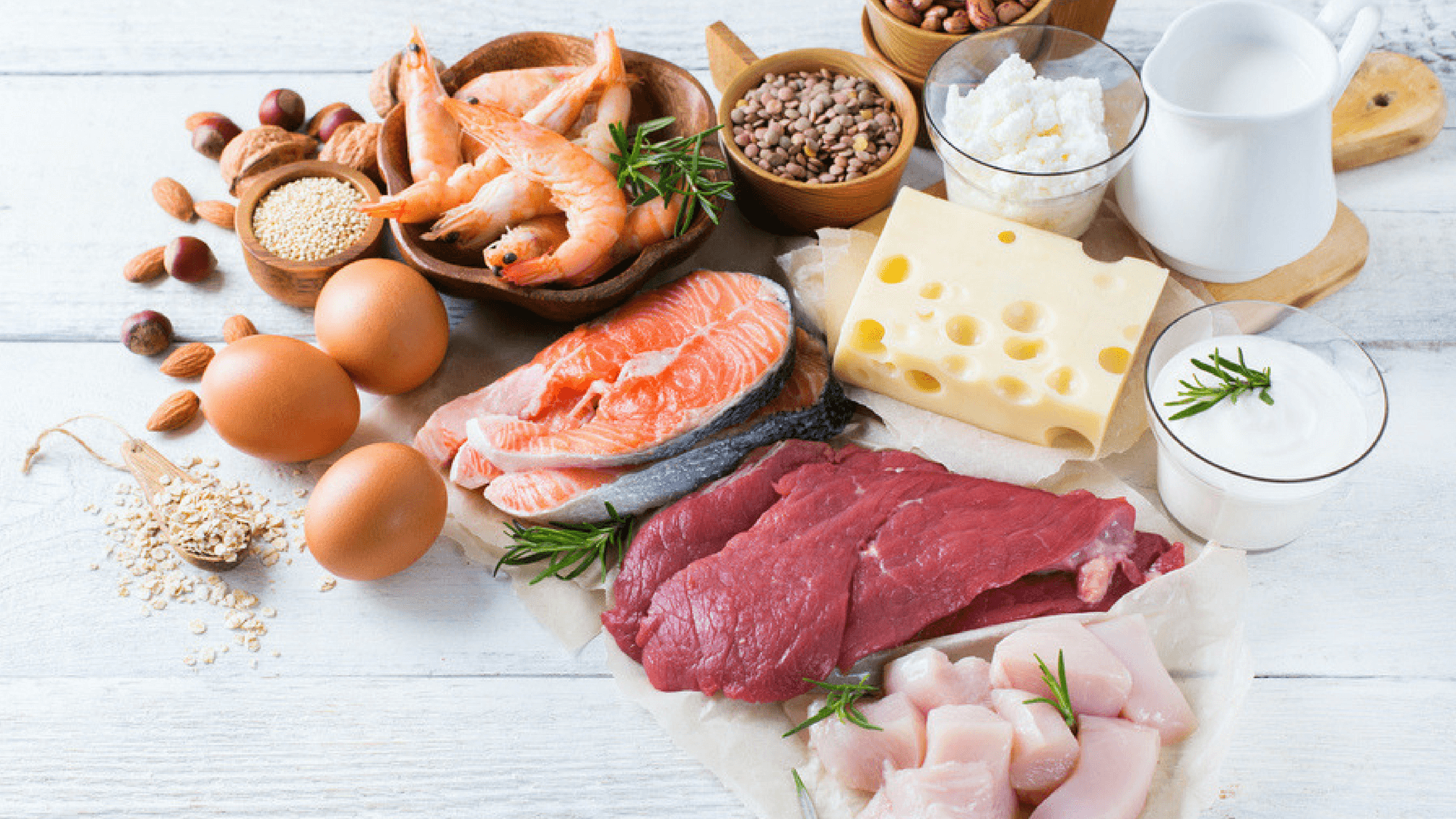 One of the most debated questions in the fitness industry is – how much protein do I need to eat to gain strength and build muscle?

Fortunately, there aren't too many people recommending either the bare minimum survival levels or hyperbolic protein consumption, and the fitness industry standard figure is normally 2.2 grams per kg (or 1 gram per lb).  Again, for someone weighing 70 kg that equates to 154 grams of protein or 0.5 kg of uncooked chicken breast.  That’s still quite a lot of chicken, but since most people will consume other sources of protein throughout their day, it's an achievable figure.  154g of protein = 616 calories which leaves plenty of calories to round out your daily nutrition plan.

Is the “industry standard” the optimal amount to help you build muscle?

Rather than debate the merits of anecdotal evidence you’ll find in fitness forums, I will take a purely scientific approach and summarize a meta-analysis published this year1 (a meta-analysis is when researchers combine data from multiple studies to see if there is a consistent effect).  This well thought out and well researched study was conducted by Menno Henselmans, Eric Helms, Alan Aragon and Brad Schoenfeld, all of whom are well-known, have a high degree of integrity, and are highly respected coaches/researchers from the fitness industry.

What did they study?

They looked at whether consuming extra protein effected gains in muscle and strength from Resistance Exercise Training (RET).  They also looked at what was the highest protein intake after which no noticeable benefit in increased strength and muscle gains were seen.  They included data from 49 studies and included measures such as one rep max, fat-free mass (lean mass) and muscle size (muscle fibre cross-sectional area).

Who did they study?

The 49 studies included in their meta-analysis had a total of 1,863 healthy adult participants from 17 different countries.  10 studies included resistance trained individuals and 14 studies were  exclusively females.  The average age was 35.

What resistance exercise training did the participants do?

The length of the RET programs across the studies ranged from 6 to 52 weeks, with the average being 13 weeks.  RET was performed between 2 and 5 days per week with 3 days being the average.  Exercises per session ranged from 1 to 14, 7 being the average.  In terms of sets and reps, the ranges from the different studies were 1 to 12 sets per exercise (average = 4) and 3 to 25 reps (average = 9).  Some studies focused only on lower body RET, others did both lower and upper body RET, while some only performed a single exercise involving a single joint (e.g. – knee extension or elbow flexion).

How much protein did they consume?

The experimental groups had their protein intake increased by protein supplementation, while the control groups either received a placebo or no supplement.

What did they find?

Although both control and protein groups responded to RET, those who consumed extra protein did respond slightly better.

Overall results for both the control and experimental groups showed an average increase in one rep max (1RM) strength of 27 kg (~60 lbs).  When comparing controls to those given extra protein, the average difference in 1RM between the two groups was 2.49 kg (5.5 lbs) in favor of the high protein groups.

For fat-free mass (i.e. lean muscle gain), the overall average increase was 1.1 kg (2.4 lbs) and again those consuming protein got slightly better results with the mean difference being 0.3 kg (0.7 ).

When comparing experienced versus previously untrained/novice trainees they also found that increasing protein intake had more of an effect on those who had prior experience with resistance exercise training.

They also found that post-exercise protein dose did not augment the positive effect seen from consuming more protein, meaning the overall increase in protein throughout the day had a much bigger influence on strength and muscle gains than the amount consumed post-exercise.

So therefore, is it correct to think that everyone who wants to get bigger and stronger should just eat 1.6 grams of protein per kg of body weight per day and not focus on nutrient timing?  Unfortunately and unsurprisingly, it's not that straight forward.  In the paper, the authors point out that the upper and lower values for the “confidence interval” for protein intake were 1.03 and 2.20 grams per kg.  If the upper and lower values of the confidence interval were say, 1.50 and 1.70, you could be more confident that 1.6 grams per kg was potentially the right amount for building muscle.  With such a wide range between the intervals, there is more variation in the collected results and you would be less confident that 1.6 grams per kg is the true value of the RET induced gains plateau.  As this meta-analysis clearly shows, a single figure that is optimal for everyone is extremely unlikely.  Alternatively, it might be wise to consume the 2.2 gram per kg “industry standard” just in case the true value is higher than 1.6.

What can we say about protein intake and building muscle with greater certainty?  The minimum RDI (Recommend Daily Intake) of 0.8 grams per kg is not enough for optimal strength and muscle gains, but this isn’t particularly surprising since RDI’s are formulated to prevent malnutrition and not promote hypertrophy.  It is also interesting to note that extremely high protein amounts won't result in increased gains compared to more moderate protein amounts.  Protein isn't magic and more intake doesn't necessarily equate to more gains.

When trying to build muscle it would probably be wise to aim for around 1.6-2.2 grams of protein per kg of total bodyweight per day (0.73-1 grams per lb) depending on your own personal eating preferences and body composition goals.  Eating a little less than this would probably be ok (1.2-1.6 grams per kg or 0.54-0.73 grams per lb) if you don't like consuming higher amounts of protein.   There may also be times, especially for people who have very high activity levels, when they might want to consume a  greater amount of protein to make their meals more interesting, satisfying, and beneficial for recovery.  When trying to lose fat and sustaining a calorie deficit, increasing protein intake can help with satiety and maintenance of lean mass.

A single level of protein intake is not applicable to everyone.  At FitnessGenes our protein recommendation ranges from 0.8 to 2.4 grams of protein per kg of total bodyweight depending on genotype and body composition goals.