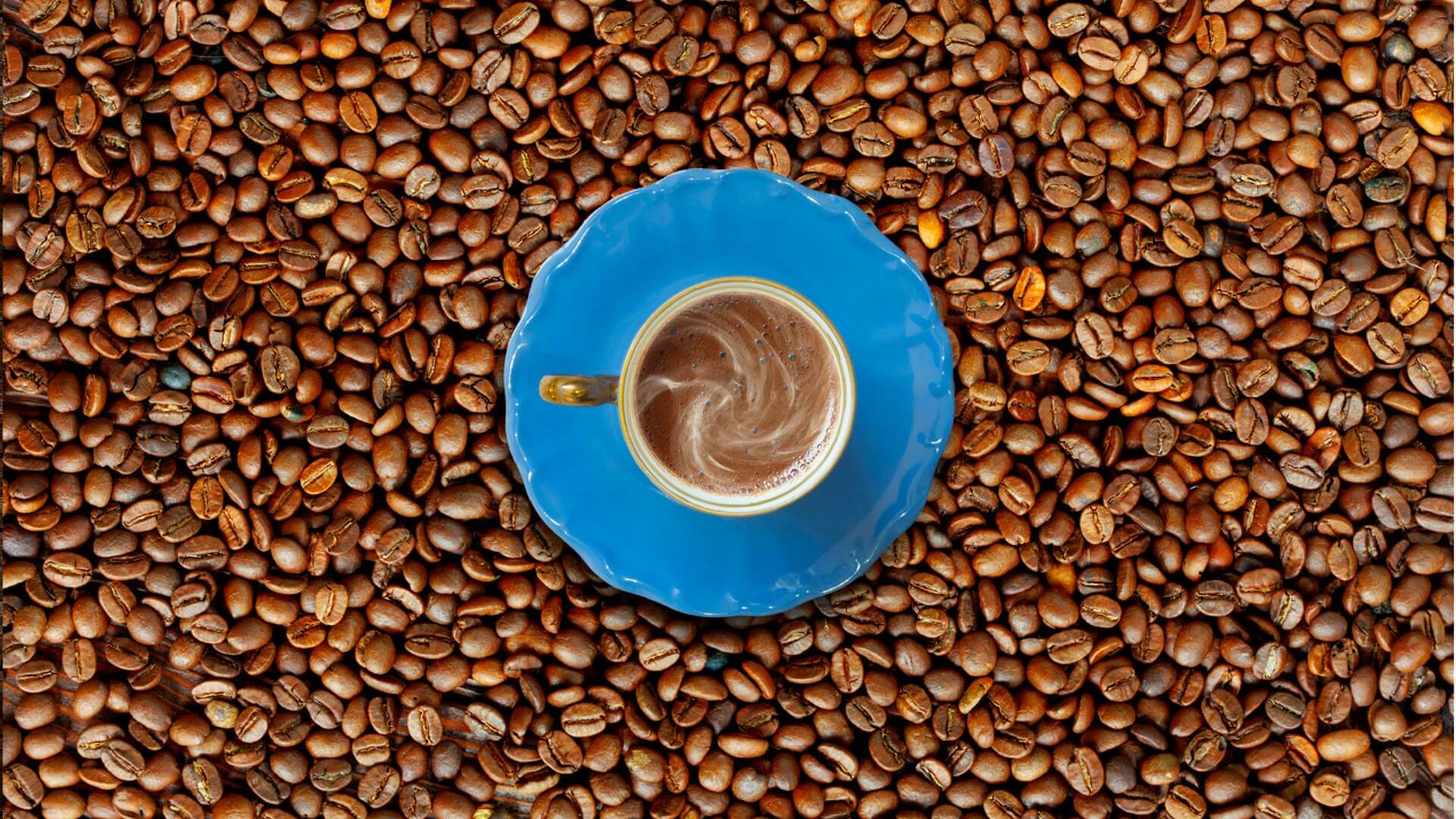 That’s how much coffee, so the apocryphal story goes, the French writer and philosopher Voltaire typically consumed every day.

For the average person, ingesting such high quantities would probably be unpleasant: side effects such as nausea, anxiety, insomnia, tremors, and heart palpitations have all been shown to occur at caffeine doses above 600mg per day (that’s about 6 cups of coffee). For many people, these side effects occur at even lower doses. If you’re a pregnant woman, high levels of coffee consumption also risk the health of your unborn child. As the 15th-century Swiss chemist Paracelsus famously said, “The dose makes the poison.”

In stark contrast to Voltaire, the American naturalist Henry Thoreau abstained from coffee altogether, believing “that water is the only drink for a wise man.” Alas, such a wise man might have missed out on the myriad health benefits of drinking coffee: including a lower risk of cardiovascular disease, diabetes, liver disease, Parkinson’s disease and various cancers.

Clearly, when it comes to healthy coffee consumption, neither Voltaire nor Thoreau had it completely correct. So, how much is right?

According to a recent review of the literature, the greatest health benefits are associated with an intake of 3-4 cups of coffee per day. Does this mean you should rush out to your nearest Starbucks and down 4 cups of joe? No, not exactly. Let’s take a closer look at what the study says.

The review, published in the British Medical Journal, is an example of an ‘umbrella review’. Rather than a Which? magazine article written by Mary Poppins, an ‘umbrella review’ collates the research findings of all the meta-analyses published to date. Given that each constituent meta-analysis itself pools together data from several individual studies, umbrella reviews give us a reasonably comprehensive picture from a wide variety of data sources.

In this case, the researchers scoured 218 meta-analyses, looking at the relationship between different levels of coffee consumption and various disease outcomes. Note, the authors looked at coffee; not caffeine: the active ingredient responsible for coffee’s (and tea’s, cola’s and energy drink’s) highly sought-after buzz. This distinction is important: any health risks and benefits of coffee might not be due to caffeine, but due to any other of its multiple ingredients.

Regular coffee consumers had cause to rejoice. Compared to non-drinkers such as Thoreau, people who drank 3 cups a day enjoyed a 17% reduced risk of dying (from any cause). Drinking 3-4 cups of coffee a day was also linked to a 15% lower risk of cardiovascular disease. And what about heavy drinkers such as Voltaire?

While the beneficial effects of coffee on cardiovascular disease risk start to tail off, there didn’t seem to be any additional harm caused by drinking more than 3 cups a day.

Higher coffee consumption was also linked to a significantly lower risk of various types of cancer, including prostate, endometrial, skin, oral and liver cancer. Add in beneficial effects on liver cirrhosis, Parkinson’s and Alzheimer’s disease risk, and coffee starts to seem like some sort of full-bodied elixir.

It wasn’t all good news for coffee aficionados though, especially women. For women (but, interestingly, not men) drinking high amounts of coffee had a 14% increased risk of bone fracture. The reasons for this are unclear. It’s possible that the caffeine in coffee interferes with the absorption of calcium – the mineral needed for building healthy bones. Caffeine may also alter levels of the female sex hormone estrogen, which in turn affects the breakdown of bone (a process called bone resorption). Nevertheless, 400 mg of caffeine a day (about 4 cups of coffee) has been shown in other studies to be perfectly safe, having no negative effect on risk of fracture, calcium metabolism or bone growth.

Pregnant women also had cause for concern. Higher coffee intake significantly increased the risk of pregnancy loss, premature birth, and having a low birthweight infant. Again, it’s not known exactly why this is the case. We do know that caffeine can easily cross the placenta and enter the bloodstream of the fetus.  We also know that CYP1A2, the enzyme that metabolizes and helps clear caffeine from the body, is less active in pregnancy, meaning that caffeine lingers in the mother’s body for longer. Furthermore, as it produces only a small amount of CYP1A2 itself, the developing fetus is also exposed to caffeine for longer periods than an adult human being.

So, how much coffee can you drink when pregnant? Currently, the European Food Safety Authority advises that pregnant women should limit themselves to 200 mg caffeine (about 2 cups of coffee) per day. Drinking below this amount has been shown to be relatively safe.

Men weren’t completely off the hook from coffee’s negative effects either. For both sexes, coffee intake was associated with unfavorable rises in blood cholesterol and triglycerides. The way you make your coffee was an important factor here – changes in blood lipids were much less pronounced with filtered and instant coffee. The reason? Coffee is rich in compounds called diterpenes (specifically, cafestol and kahweol), which are shown to raise blood cholesterol. Diterpenes are weeded out by filter paper, so their concentration is significantly lower in filtered coffee. By contrast, they’re found in higher amounts in unfiltered espresso, boiled- and cafetière coffee. All the same, despite the potential of diterpenes to raise blood cholesterol and triglycerides, coffee intake is still associated with a lower risk of cardiovascular disease. Perhaps, then, worrying about mild changes in blood lipids is a storm in a teacup (or coffee cup, rather).

What does all this mean for me?

Broadly speaking, drinking coffee in sensible amounts seems to be safe. In fact, going on the current evidence, it’s more likely to benefit rather than harm your health. At present, the US Food and Drug Administration deems 400 mg caffeine a day to be safe – equivalent to about 3-4 cups of coffee a day. As the umbrella review demonstrated, the very same amount also happens to be linked to the greatest health benefits.

Given this finding, should you suddenly start drinking 3-4 cups of coffee a day for health reasons?

In a word, no.  There are several reasons for this.

•    Firstly, many of the studies included in the review were what we term ‘observational.’ Unlike a randomized controlled trial, where researchers intervene, actively manipulate subjects’ coffee dose and monitor health outcomes over time, observational studies passively look at coffee consumption in a population and see whether it’s linked to different disease outcomes. A major drawback of this method is that it’s hard to tease out cause and effect. “Correlation is not causation” goes the oft-repeated mantra. Coffee intake may be correlated with a lower rate of cardiovascular disease, but this doesn’t necessarily imply that coffee is directly causing beneficial changes to the cardiovascular system. Indeed, it’s also possible that people who get sick with cardiovascular disease cut down on their coffee drinking in response.

•    Secondly, we’re all different: it’s difficult to make conclusions about you or me or any other individual based on group data. Not only is it difficult, but it’s also downright erroneous (statisticians call it the ‘ecological fallacy’). One way in which we differ from each other is in how fast we metabolize caffeine, due to variations in the CYP1A2 gene. People carrying the ‘C’ allele of this gene have lower activity of the CYP1A2 enzyme that clears caffeine, meaning caffeine stays in their bloodstream longer – they’re slow metabolizers. And this has implications for the health benefits and risks of coffee. Studies have found that, compared to fast metabolizers, slow caffeine metabolizers are at a much higher risk of high blood pressure (hypertension) and heart attack (myocardial infarction) when they drink 4 or more cups of coffee a day. Put simply: your genetic makeup matters.

•    Thirdly, you’ve been to a modern-day coffee shop – coffee is often served with lots of unhealthy goodies such as sugar, syrup, and cream. These can all conspire to damage your health, undo your hard work at the gym and counteract any of the benefits of coffee.

All in all, then: try to keep your coffee intake to below 4 cups a day, say ‘no’ to those dollops of whipped cream on your latte and, if you haven’t already, find out whether you’re a fast or slow caffeine metabolizer.

Air pollution and exercise: Is it safe to train outside?