Ginger: The Spice Of Christmas 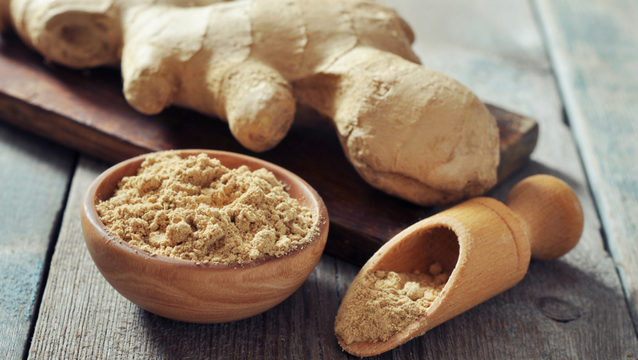 Christmas is so close and Santa is getting ready to make his way to your house. Look, we all care about Jolly Ol’ Saint Nicholas, right? Let’s change things up and instead of leaving him some chocolate chip or sugar cookies this year, we’ll leave him some FitnessGenes Gingerbread Men! Oh, yes. Get excited! Make your way to the recipe here.

Now, if the recipe this week is on some of the most amazing gingerbread men cookies ever, then what is our ingredient review on? Well, we are going to look at Ginger, of course!

Ginger, also known as Zingiber officinale Roscoe, belongs to a family of plants known as Zingiberaceae. This family of plants also happens to contain another spice we covered recently, “Turmeric.” You can read up on Turmeric here. Ginger comes from a perennial plant that has thick, tuberous rhizomes, meaning the “thick, tuberous” portion underground is the stem of the plant and is actually the portion of the plant we use.

Ginger is taken from the rhizome and processed into various forms. Most commonly, it is made into a powder, syrup, oil or an oleoresin. The most familiar and obvious use of ginger relates to its culinary applications, which date all the way back to the 13th century! Ginger has an incredibly diverse range of uses, from dietary supplements, to beverages (ginger ale, ginger beer, ginger tea), and a large amount of food products.

Ginger originated from China and eventually spread into India, Southeast Asia, West Africa and various parts of the Caribbean. Medicinally, it has been used as part of healing practices in Asia, India, Europe and the Middle East. Ginger is often used as an herbal remedy to treat various problems and disorders, such as arthritis, stomach upset, asthma, diabetes and even menstrual irregularities.

What does the research suggest about ginger?

Ladies… your attention please. Are you or someone close to you pregnant and dealing with morning sickness? There is incredibly strong evidence that ginger can be effective for treatment of mild to moderate nausea and vomiting during pregnancy. What does the research suggest? Consuming 1 gram of dried ginger per day (or its equivalent in syrup form) is the recommended dosage for treatment of morning sickness.

Now, understanding your genetics can play a key role in knowing if and how you would benefit from the consumption of Ginger. This becomes very relevant when we look at certain genes.