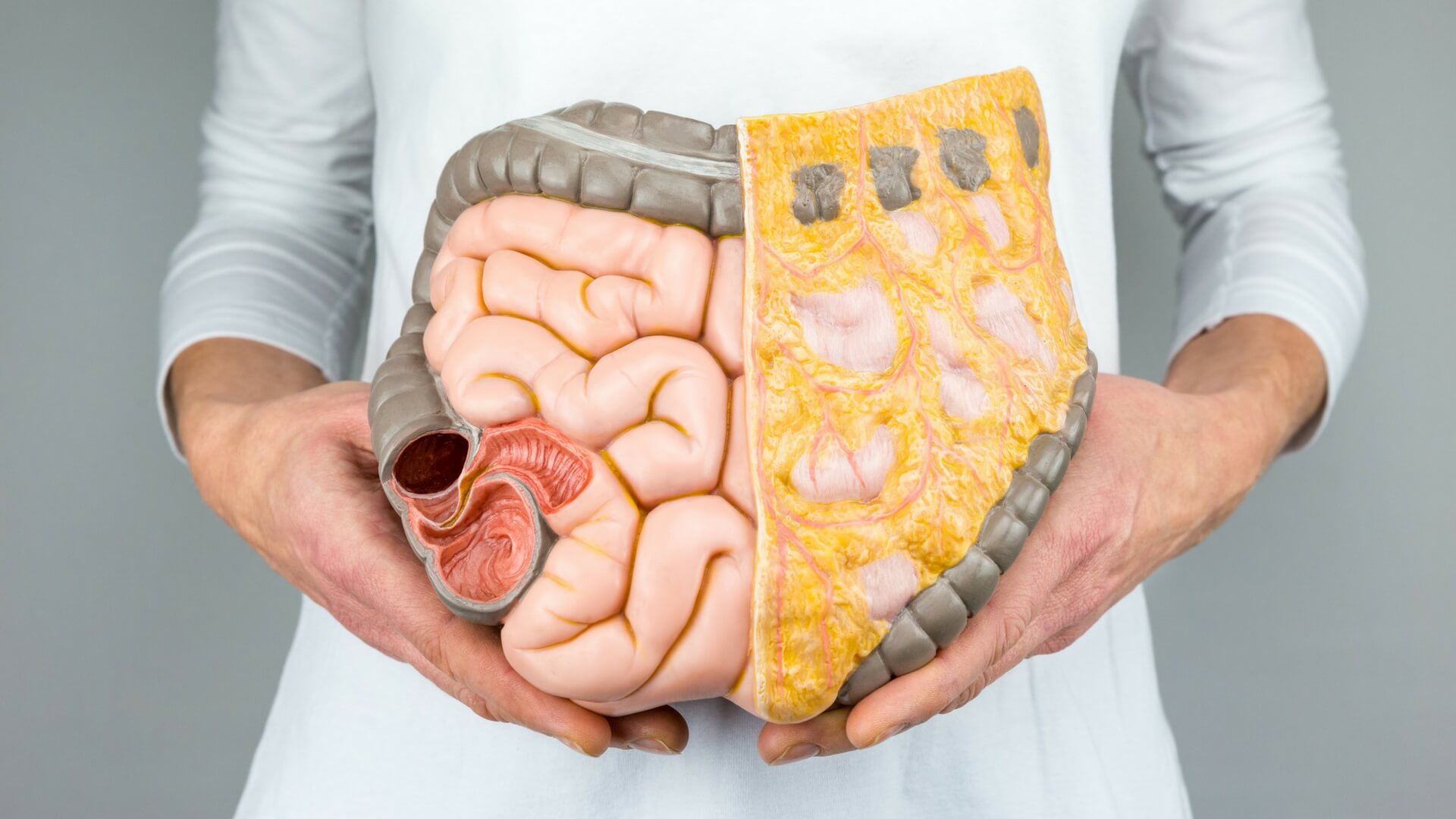 You know of the brain that sits in your skull, but do you know about your body’s 'second brain'? It’s the enteric nervous system (ENS).

1. Central nervous system (CNS): the nerves and ganglia located in the brain and spinal cord.

2. Peripheral nervous system (PNS): the nerves and ganglia found outside of the CNS. The enteric nervous system is part of this system, and is located in your abdomen.

Containing between 200 to 600 billion neurons (an amount similar to the spinal column), the ENS is the largest and most complex part of the PNS and uses a similarly vast array of neurotransmitters and neurons as the CNS. 1,2 In fact around 50% of dopamine present in your body and over 90% of the serotonin is found in the ENS.

So how does it help you with your fitness? Well, it isn't going to help you dunk a basketball, perform a highly complex gymnastic floor routine or come up with innovative new football plays, but it does play a vital role in controlling the complex process of digestion, which is extremely important for your overall health and wellbeing.

What does the ENS do?

The ENS helps to control the exchange of fluid, blood flow and the secretion of proteins/enzymes/hormones from the gut. It has both sensory and motor neurons that react to the presence of food entering your body, releasing the correct enzymes to help break it down and move it through the gastrointestinal (GI) tract, as well as directing nutrient absorption and elimination of waste. The ENS feeds back valuable information to your main brain about what is happening in your GI tract, including conscious signals of pain/discomfort or feelings of hunger and satiety.

Interestingly, if the ENS connections to the CNS are severed (such as cutting the vagus nerve) there is minimal detrimental impact on the functioning of your gut. The ability of the ENS to function independently of the CNS is one of the reasons it is termed your 'second brain'. However damage to the ENS itself is very serious and can even be life threatening.

How your ENS impacts physical health

The health and functioning of our gut and associated nerves is known to have a significant impact on our mood and mental health and vice versa. An upset gut is likely to put you in a bad mood and make you feel lethargic, while feelings of stress or worry can lead to an upset stomach. This isn’t unsurprising as the ENS and the CNS work together exchanging a great deal of sensory information and stimuli. Some scientists even suggest conditions such as Parkinson's and Alzheimer's disease might actually originate in the ENS. The characteristic protein clumps and plaques/tangles which are associated with these diseases have also been found in the ENS3.

Interaction with your gut's bacteria

There is a great deal of interaction between the ENS and your gut microbiome. Again, this works in both directions with the ENS maintaining a suitable environment for the beneficial microbes to inhabit, and the microbes providing a suitable environment for digestion. Gut microbes are also thought to play an indirect role in gut motility. The gut contains around 70-80% of your body's immune cells4 which are found in gut-associated lymphoid tissue and can interact with the ENS5. This is unsurprising considering the very large surface area of your gut and the mind-boggling number of microbes which live there (est. ~80 trillion – over 7-8 times as many cells as in the rest of human body6). The majority of these microbes have either a mutually beneficial symbiotic relationship or are harmless when maintained in the right amounts.

In fact, the microbes in your gut are thought to induce a constant low degree of physiological inflammation (via your immune system) which leaves your gut 'on call' to rapidly defend against any potential pathogens7. However, if this microbial balance is upset (becomes dysbiotic) this can lead to too much inflammation and can have negative impacts on gut health. Thus, there is a three-way interaction between the ENS, the microbiome and the immune system in the gut, all acting together to help maintain its correct functioning.

The biochemical communication between the GI tract, ENS, and CNS has been termed the gut-brain axis, but due to our increasing knowledge of the effects of our gut microbiomes, this has been expanded to the microbiome-gut-brain axis. This axis involves neural, hormonal and immunological signaling in a bidirectional manner, allowing the brain to influence the microbiome via the GI tract, but also meaning that gut microbes and the metabolites they produce can influence the brain and behaviour via the GI tract8. In fact, any disruption at any level of this axis will negatively affect the other parts.

Take the example of someone with irritable bowel syndrome (IBS). They are likely to have some deficits in ENS function but are also more likely to have a dysbiotic gut microbiome and to suffer from low mood or anxiety/depression5,9. In some people, it would be hard to identify which came first since all these factors can be associated with each other and all can negatively affect the other.

Genetics and the ENS

One of the genetic variations we test for at FitnessGenes is associated with the FTO gene. Those that are AA for this genetic variant have been shown to have a 2.5-times increase in the hunger hormone ghrelin10. Ghrelin is produced in the GI tract and signals to the CNS to increase hunger, however, it also helps prepare the GI tract for food, and this is thought to occur through the ENS11,12.

Ghrelin has gastro-protective effects, acting directly on ENS neurons, resulting in the production of nitric oxide which increases blood flow which in turn protects the very important layer of mucous which lines your GI tract. This mucous layer is important for creating a good environment for a healthy microbiome, the absorption of nutrients, and keeping pathogens out. Ghrelin may also increase motor activity in the GI tract and accelerate gastric emptying via the ENS. After the cutting of the vagus nerve these processes are still maintained, again demonstrating the potential independence of the of your 'second brain'11.

Another way to keep your gut, brain, and whole body happy is by avoiding foods that are problematic for your genotype. A perfect example of this is genetic lactose tolerance, or alternatively lactose intolerance. We test for the LCT gene which is a very simple way of finding out whether you should be enjoying all the benefits of dairy products, or if you’re better off staying away. Many people suffer from unhappy guts for years, and very often, an undiagnosed lactose intolerance is the reason.