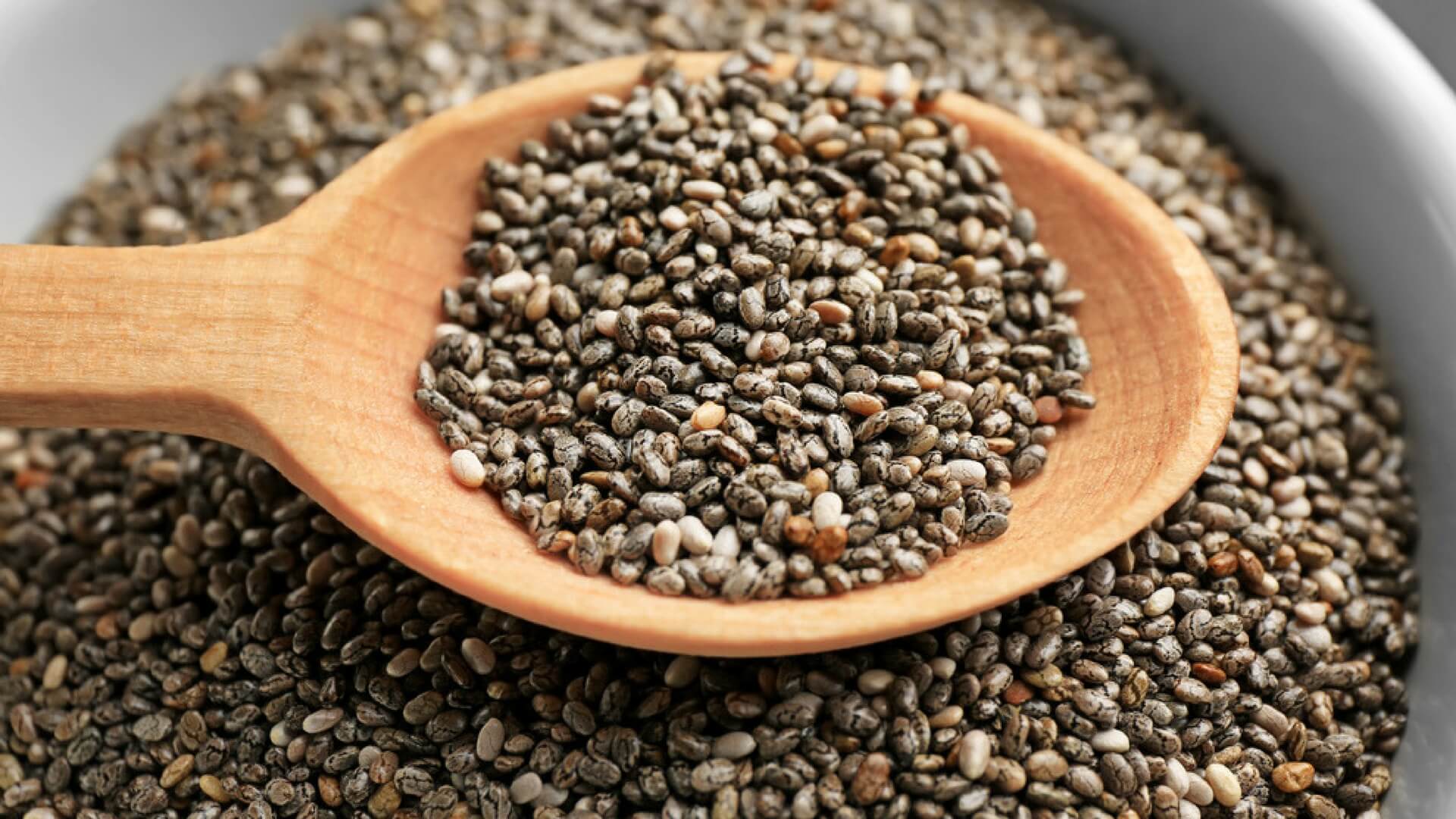 Far from being a new phenomenon, humans have been eating the tiny black seeds of the Salvia Hispanica plant as far back as 3500 BC. After corn and beans, chia seeds were the staple crop of several Pre-Columbian societies. In fact, the Aztecs and Mayans not only consumed chia seeds as food, but due to their purported health benefits, also made them into medicines.

So, just what are the health benefits of this Central American superfood and how strong is the evidence?

Containing between 34 and 40g of dietary fiber per 100g serving, chia seeds contain more fiber than quinoa, flaxseed, amaranth, almonds and dried fruit. Considering that the FDA (Food and Drug Administration) currently recommends a fiber intake of between 25 and 30g per day, chia seeds are an excellent value food for meeting your daily fiber requirements.

But, what's so great about fiber in the first place?

Dietary fiber is essential for maintaining a healthy digestive system. Insoluble fiber, which does not dissolve in water, helps form bulkier, softer stools that are easier to pass. Another type of fiber, soluble fiber, does dissolve in water and forms a gel-like substance in the digestive tract that can help delay and prevent rapid spikes in blood sugar levels.

Both soluble and insoluble fiber also carry the benefit of promoting satiety – they make you feel fuller, more quickly. On this note, one small trial of 15 subjects compared the effect of eating chia and flax seeds on satiety and blood glucose levels. While both foods supported more gentle rises in blood sugar, chia seeds proved superior to flaxseeds at increasing satiety levels.

One potential corollary is that by promoting satiety, chia seeds could assist with weight loss. Unfortunately, the evidence here is not particularly overwhelming. In 2009, a randomized controlled trial, where 75 overweight and obese individuals either took chia seed supplements or a placebo over 12 weeks, found no effect of chia seeds on body weight and composition.

As is often the situation in medical science, however, this is by no means a cut-and-dried case. In 2017, another randomized controlled trial tracked the bodyweight of 77 overweight and obese people with Type II diabetes. All subjects were put on a 6-month calorie-restricted diet, with half the subjects eating 1000kcal worth of chia seeds each day, while the other half consumed 1000kcal of an oat-bran mixture. At the end of the 6-month period, those in the chia seed group experienced significantly greater reductions in weight (1.9kg versus 0.3kg) and waist circumference (3.5cm versus 1.1cm).

For any etymologists out there, you'll be interested to know that the word ‘chia' comes from the Spanish ‘chian', meaning ‘oily'. Fittingly, chia seeds are high in omega-3 oils (fatty acids), which make up 75% of their total oil content.  In turn, omega-3 polyunsaturated fatty acids are widely associated with reduced inflammation, improved cardiovascular health, and better brain function. So, putting two and two together, chia seeds and their high omega-3 content, must be great for your health, right? Alas, it's a bit more complicated than that.

To be precise, chia seeds are in rich in one particular kind of omega-3 fatty acid – alpha-linolenic acid (ALA). Our bodies, however, typically use different omega-3 fatty acids (eicosapentaenoic acid [EPA], docosapentaenoic acid [DPA] and docosahexaenoic acid [DHA]) for making cell membranes, hormones and important anti-inflammatory molecules. Moreover, it is specifically DHA and EPA (found in fish oils) that are linked to lower inflammation and better heart health.

Although we can convert ALA into the more usable EPA, DPA and DHA forms, our bodies are very inefficient at doing this. Nevertheless, some evidence suggests that eating 25g of milled chia seeds per day (over the course of 10 weeks) leads to elevated levels of EPA (as well as ALA) in the blood. More research is required, but it seems possible that chia seeds can increase your omega-3 levels and optimize your omega-6: omega-3 ratio, something which, depending on your APOA5 genes, is particularly important for maintaining healthy blood triglyceride levels.

When it comes to the effect of chia seeds on inflammation and cardiovascular health, there are limited studies available. Two trials have noted modest decreases in inflammatory markers circulating in the blood, whereas another two studies demonstrate no significant effect. It's a similar story where blood pressure is concerned, there's too little published research around and existing studies are let down by their small number of subjects.

Although the impact of chia seeds on weight loss, inflammation and cardiovascular health may be debatable, there is no question that chia seeds carry many nutritional benefits. Composed of about 20-25% protein, chia seeds are particularly good protein source if you're vegetarian or vegan. They have a higher protein content than other cereals (e.g. oats, wheat, barley) and they're also gluten-free.

Chia seeds are also very rich in magnesium, iron, calcium. In fact, a 100g serving of chia contains a whopping 625mg of calcium, about five times more than the equivalent weight of milk! So, if you're looking to add chia seeds to your diet, why not start off your day with our high-protein blueberry porridge, loaded with chia seeds.