Are you eating insects yet? 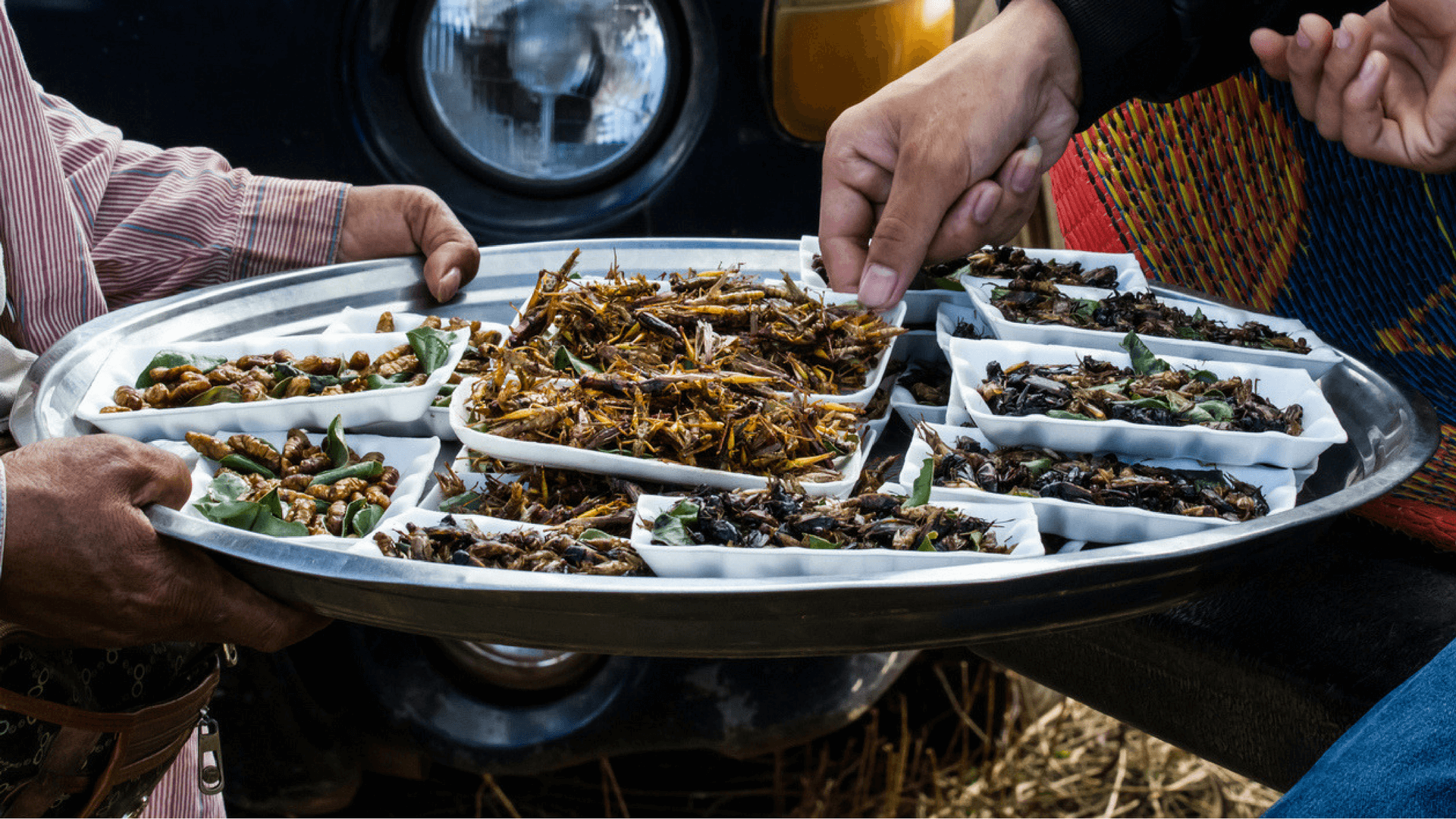 With 9 billion people predicted to inhabit the planet by 2050, feeding the world's growing population has become a pressing challenge. Production of traditional protein sources such as beef, lamb, and pork takes a considerable toll on the environment; "The Meat Eater's Guide to Climate Change and Health", created by the Environmental Working Group (EWG), provides many facts and figures regarding the environmental impact of world meat production1. In short, meat production requires enormous quantities of water, land, and fertilizer and is a significant source of greenhouse gas emissions.

So, what is the solution? How do we create a sustainable protein source?

Entomophagy is the scientific term for eating insects. While insect consumption is uncommon in western culture, the practice has existed across the globe for thousands of years. Now, people are beginning to appreciate the potential for insects to provide a sustainable protein source in the modern diet, and for the first-time, commercial production of insects for consumption is growing. Websites now offer edible grasshoppers, mealworms, buffalo worms and crickets, either for cooking or for eating straight out the packet as an "on-the-go" snack.

Eating insects for the environment

One of the main environmental benefits of insects as a food and protein source is their high "feed conversion". The feed-to-meat conversion rate is defined as the amount of animal feed required to produce a one kilogram increase in live animal weight.2 For crickets, 1.7kg of feed is required for a 1kg increase in live animal weight, yet more conventional protein sources such as chicken, pork and beef require 2.5kg, 5kg, and 10kg respectively (based on a typical US production system).3 These numbers become even more significant when the percentage of live animal weight that is edible is considered; up to 80% of a cricket is edible compared to much lower values for traditional meats.

While this high feed conversion can save on agricultural land and water usage, there are limitations. In a paper titled "Crickets are not a free lunch" by Mark Lundy and Michael Parrella, the sustainability of cricket farming for human consumption was challenged.4 The paper brought to light the importance of cricket feed quality in rearing crickets of harvestable size for consumption. For cricket protein to rival current animal sources, crickets need to be reared on feed that does not compete with poultry and cattle feed (i.e. not grain), and ideally, on waste products.

This payoff between high-quality feed for good nutritional content in insects and feed for improved sustainability is where the current challenge lies in the world of entomophagy. It is possible, and environmentally favorable, to feed insects on "organic side streams", including manure and compost. Some insect species are more adept at this conversion than others, with particularly efficient species including the black soldier fly and the yellow meal worm. These insects can convert bio-waste such as pig manure into fertilizer and protein, providing useful resources from otherwise environmentally damaging waste products.

Nevertheless, protein content and quality is high in adult insects, with many species including crickets and mealworms containing all essential amino acids.2 Aside from protein, the major energy source in insects is from fats. The oils from edible insects are high in poly-unsaturated fatty acids, often considered "good-fats", compared to its saturated counterpart. A study assessing the "healthiness" of edible insects, also noted the high variability between species, but concluded that some species including crickets, could be beneficial in combatting undernutrition due to their high micronutrient content.7 Unlike meat-eating, where the consumer eats only muscle, insect-eating includes consuming the bones and organs too, contributing to higher intake of vitamins, minerals and fiber.

Getting over the "disgust factor"

Perhaps the greatest barrier to introducing insects as a sustainable and healthy food source in western culture is public perception. Insects are often seen as "dirty" creatures and the suggestion of eating them evokes a squeamish response. Changing this mindset is a difficult process, but with greater promotion of the environmental and health benefits of entomophagy, alongside improved accessibility to palatable insect products, Westerners may begin to change their views on eating creepy crawlies. Crickets, which can be ground into a versatile "cricket flour", are making their way into edible products across health food sites. This flour can be baked into biscuits and protein bars, mixed into smoothies, and cooked into dishes (chili con cricket? Anyone?). With chefs now bringing out cookbooks featuring insect recipes, insects might finally make it into our good books and join the ranks of lobsters and crabs as a delicacy with an exoskeleton.

Eating crickets may not yet be the answer to world hunger, but they could be an interesting way to supplement your diet. If you are looking to try something new and a little bit different that can boost your micronutrient intake and provide that all-important dietary protein; why not pick up a cricket protein bar or, if you're feeling adventurous, some whole roasted crickets to toss on your lunch-time salad!

If you're not quite ready for a cricket burger, we have a huge range of healthy, delicious, environmentally friendly vegetarian recipes for you to enjoy.