10 pre-race tips for a successful marathon 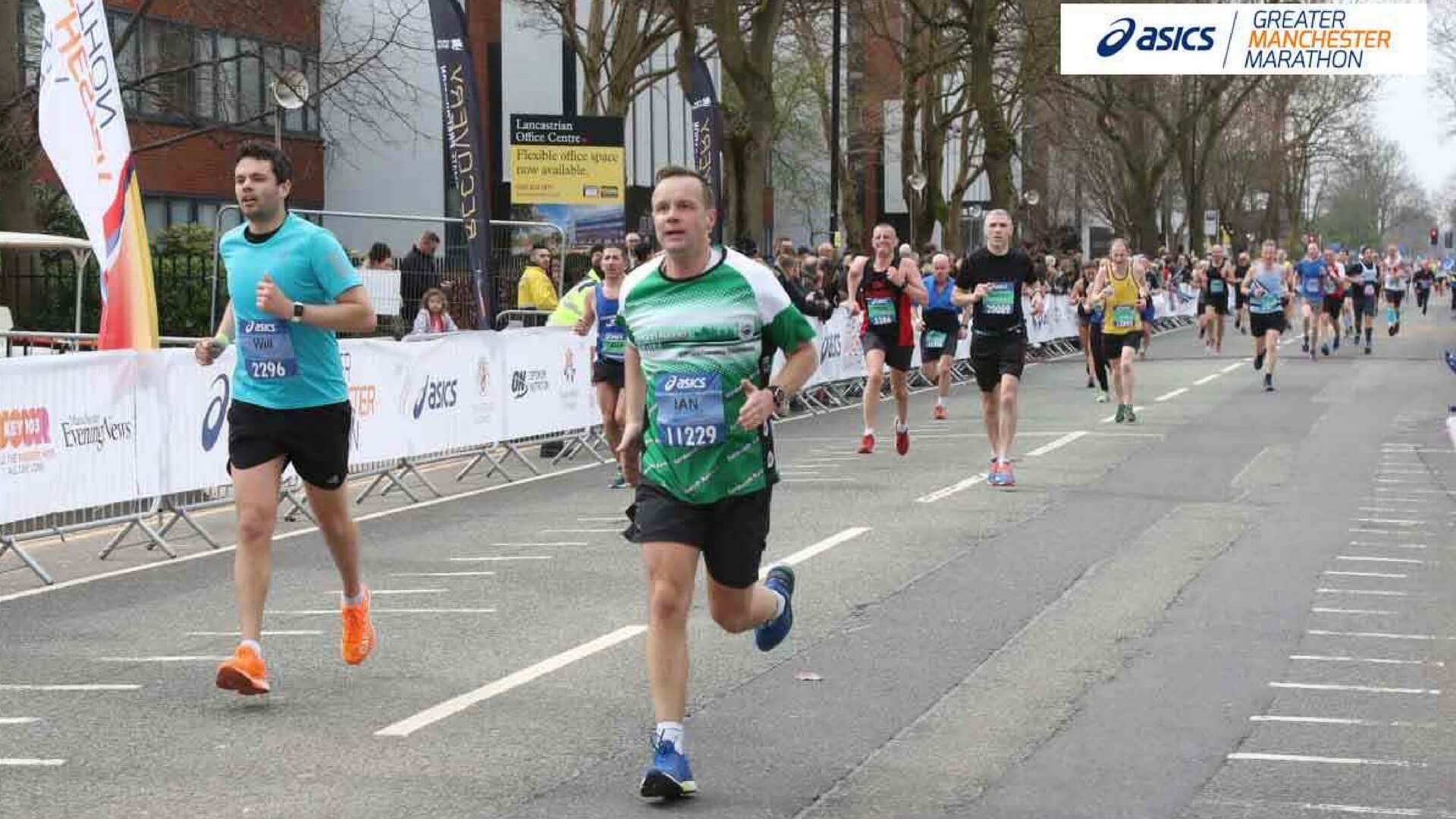 I recently attended a fabulous running training camp in the Algarve, Portugal organized by 2:09 Events & Runningwithus to optimize my preparation for the Manchester (UK) Marathon April 2018.  Here are my Top 10 tips for managing the build-up to your marathon:

1. Do less: Four weeks pre-event, shorten your long runs. The advice provided and consensus among the experienced athletes, marathon runners and the ultra-running gang was that "you will leave your best marathon in a training run". I'd regularly been hitting the sixteen to eighteen mile-mark for the previous couple of months on a Sunday with my local running Club; Kenilworth Runners. It was reassuring to hear that if I didn't hit 22 miles, I should not worry about it.

2. Keep the routine:  Keep the frequency of your runs but just cut back on the intensity and mileage. Your body likes the routine, so don't stop or do nothing. This won't help. Just be sensible and focus on enjoying your Easy runs. If you enjoy running in events, do a quick 5km or a 10km tempo run two weeks beforehand in your marathon kit to practice the warm-up routine, make sure the gear feels good,  and you avoid any wardrobe malfunctions.

3. Focus on your training positives and avoid #maranoia: Inevitably those around you will ask how you are feeling? Many runners report an increase in self-doubt in the weeks preceding a marathon. Yes, #maranoia is an actual term. Put it, along with your undertraining or overtraining fears in a little box, lock it and throw away the key. Instead, focus on the positives from your training and remind yourself that this is what you wanted to do. Additionally, you'll probably sense niggles as your body recovers, and sickness can still take hold. If you do get sick, rest more and perhaps cross train instead by choosing a low-impact piece of equipment in the gym or spin bike. Stay strong. You've got this!

4. Sleep like a pro:  Sleep more and rest in the lead up to the Marathon. If you can get another thirty minutes a day for two weeks beforehand, that's considered optimal preparation. Reviewing the schedules of the elite runners in the group, it seemed they did nothing else except sleep. During your tapering phase, don't replace the "extra" time you now have thanks to lower training volume with other activity. That extra time is for sleep.  Avoid time on your feet the 48-hours before your race. Don't go on a sightseeing walking tour the city the day before your marathon.  You want to arrive at the start line feeling fresh and confident.

5. Travel like a pro: Hydrate well and avoid alcohol. If you're staying with friends, avoid the temptation to stay up late and chit chat/drink like a fish. Stay away from other sick, coughing, spluttering passengers while in transit. Stretch while traveling if on a plane or train. Get up walk around. Take a pre-prepared meal with you if this is practical. Make sure you have pre-booked a taxi for race day.  If you are staying close to the race venue, walking to the start is a good option rather than needing to listen to the 200 others on the event bus talking about what might happen or when their Auntie's, sister's boyfriend nailed seven marathons in seven days with no preparation, on one leg and whilst carrying a washing machine. Stick to the basics. Prearrange a late check out at your hotel.  Organize your transport arrangements to and from the event. Do a dry run if you can. There is no worse feeling than realizing your car is six miles from a Marathon finishing line when you're walking like John Wayne.

6. Eat like a pro: Possibly the most insightful advice for me personally related to eating the week before the race. T-minus 7 days, I reduced my protein intake to almost nil for three days. T-minus 4 days I re-introduced the protein and increased my carbohydrate consumption by 100% to almost 80% of my target macros to store more carbs in my system. The science says that because I starved my body of protein for three days, when energy arrived in the form of increased carbs,  a few more kilo-joules got tucked away for when they will be needed.

7. Relax and enjoy yourself. The day before the race, I ate normally but had four electrolyte tablets with my 2 liters of water. Confession: I did have a large glass of red wine with dinner the night before as a reward for making it to the start city, getting in the hotel and completing 20+ weeks of training.

8. Eat early on race day and pack in the carbs:  I got up four hours before the race and forced down as much pre-prepared brown pasta twirls, raisins, apple, almonds and maple syrup as I could stomach.  I had two black coffees in my hotel room and one liter of water. Several toilet trips later I walked to the start in race kit, feeling like a giant potato.

9. Use gels:  Almost everyone I spoke to at the Running Camp used gels during a long race. Each gel provides approx. 110 calories. Given you'll burn several thousand during a Marathon, this doesn't seem like a lot, but it will help delay the inevitable onset of fatigue. During the race, I consumed six gels: one at 45mins, 65 mins, 90mins, 120mins, 150mins and 180mins respectively. I also ate several jelly babies provided by the good people of Manchester at the side of the race route. How will you carry the gels? A good solution is a Lycra running belt with no buckles that tucks under your shorts and vest. It amazing how many gels you can stuff into one of these!

10. Prepare how you're getting to and from the Start/Finish lines:  Get yourself ready for race day, including organizing your gear well in advance. Get to the race early, scout out where you will leave your bags/kit, have a warm-up, find where the start line and your starting pen is. If you're in a hotel the night before, you need to have considered your transportation options. Choose good, double layered running socks. Don't buy new shoes. Run in the ones you have trained in.

Finally, Smile! You've earned the right to stand on the start line!  According to common folklore, approximately 1% of the population will run a Marathon in their lifetime. You have already or will be part of that club. I salute you and hope you find some of my experiences useful. Remember they are exactly that-my experiences.

This is not medical advice nor a direct recommendation for you, but I do hope you were able to gain something from reading my story. 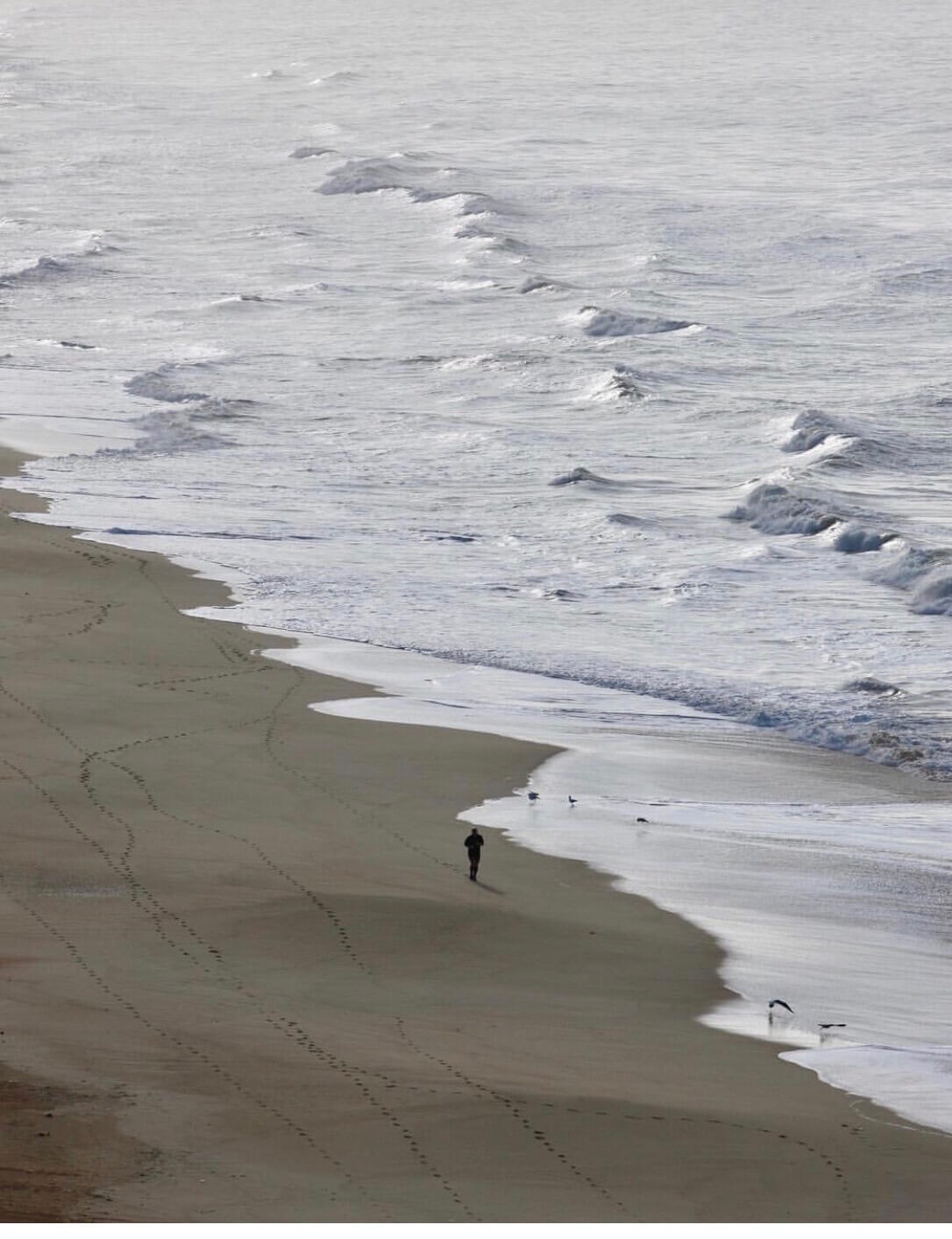 Ian shows that marathon training can be a lonely pursuit ;-)

If you're a runner...or want to be, please see our related training and nutrition articles before hitting the road, trail, or treadmill:

From Bambi to beast with FitnessGenes

Air pollution and exercise-is it safe to train outside?

What's the difference between fast and slow twitch?

The benefits of exercise for brain function and mental health

Beetroot:  Power to the purple!

Your lunch break is not just for eating.  Upgrade it to a Runch!

Get to know your key exercise organ

Does your DNA give you a running start?

Why do Jamaicans and East Africans dominate running?

6 genes that influence your training and nutrition